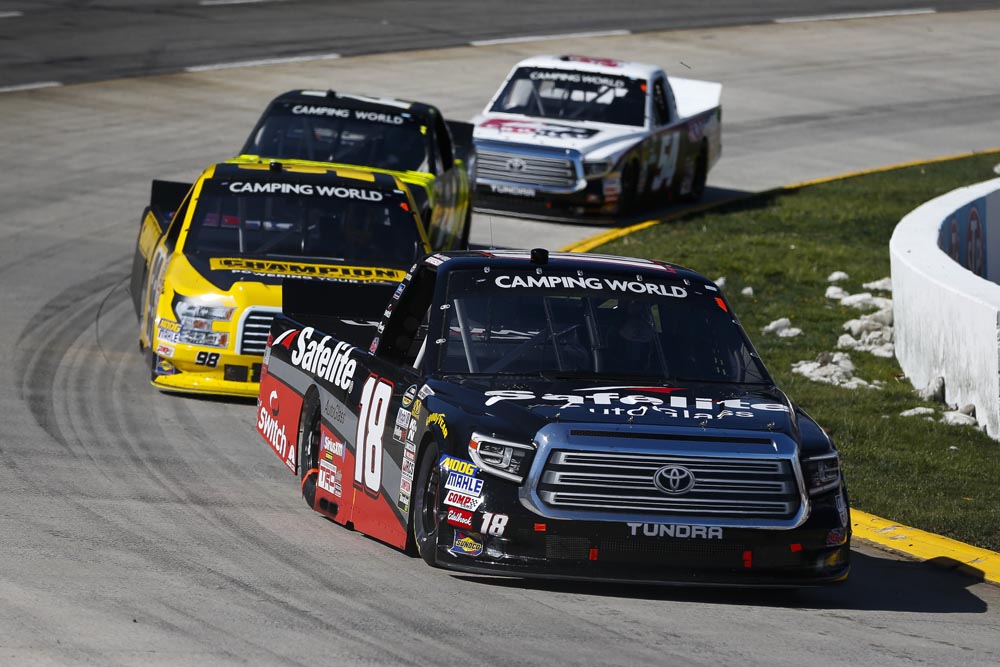 Based on the tracks that make up the Round of 6, how do you like your chances for advancing to the Championship 4?

“I like my chances — we have some really good race tracks coming up. Martinsville — obviously we won there last year and I got my first career win there, so I’m really excited to get back to that race track. I finished fourth in my first start there, I won in my second start and then earlier this year we finished fifth there. It’s probably one of my best race tracks on the schedule and then we have Texas — where I got my first career pole and then Phoenix — I led a lot of laps there last year and we were pretty dominant in the third stage. Really excited for this round coming up, we have a lot of good race tracks and hopefully we can capitalize on our momentum.”

Does winning last year’s fall race at Martinsville give you confidence heading into this weekend?

“I definitely have a lot of confidence going back to Martinsville in my Safelite Tundra. It’s a really fun race track and anything can really happen there. Definitely have to be patient throughout the race and not make any bold moves there at the beginning and get wrecked and jeopardize our chances. Just have to stay patient all day — it’s a track where you can go from 20th up to fifth in a run. It’ll be a lot of fun — as a driver I definitely like that race track because you’re hard on the brakes and beating and banging and what not. So, getting back there after getting my first career win there last year, it’s one that I’ve been looking forward to all year.”

KBM-24: The No. 18 Safelite AutoGlass team will unload KBM-24 for Saturday’s Texas Roadhouse 200 at Martinsville. Gragson finished fifth with the same Tundra earlier this year at the Virginia track and most recently Christian Eckes qualified second and led 28 laps with it for the No. 46 team at Gateway Motorsports Park in Madison, Ill., in June before being relegated to a 28th-place finish after a mid-race accident. The Toyota has won three times across 12 careers starts, most recently with Christopher Bell at New Hampshire Motor Speedway in Loudon last September.