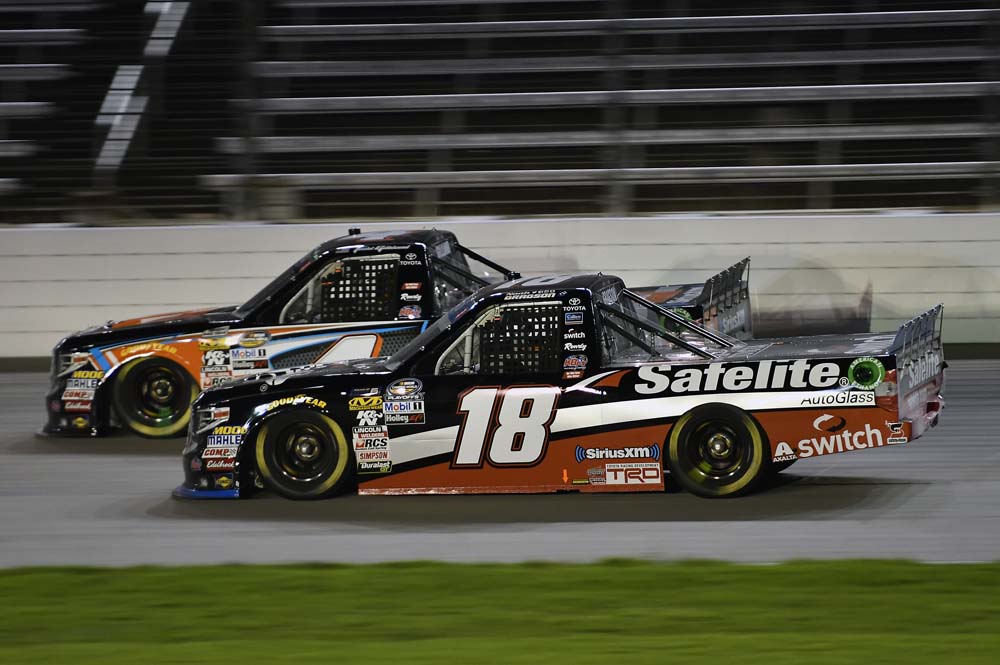 What is it going to take to bring home the championship on Friday night?

“It’s going to take a good Safelite AutoGlass Toyota Tundra and a good effort by the driver. We have to make good changes and be smart throughout the race. I think it’s going to be a long race and we’re going to be battling the race track — that’s for sure. I don’t know really what to expect preparing for that. I have to be smart and not put myself in any positions to get any damage, hit the fence — or anything bad like that. Just need to keep all four tires on the race track pointed in the right direction and we have to battle. We have to battle harder than we have all year — but I think we should be all right.”

What would it mean to win the NASCAR Camping World Truck Series championship?

“It would mean a lot. It would be the biggest accomplishment of my career to win the 2018 NASCAR Camping World Truck Series championship. It’s something I’ve been dreaming about pretty much every night for the last two years. Just trying to make myself the best than I can be and I know it would mean a lot for my team, everyone at KBM, Toyota, TRD, Safelite and Switch. My team guys, they work so hard for the opportunity to compete for a championship down in Homestead. Now it’s all gloves off — we’re going all out to win the race and if you win the race, you’re the champion. Just have to keep working hard. I know it would mean a tremendous amount to myself and definitely be one of the best days of my life.”