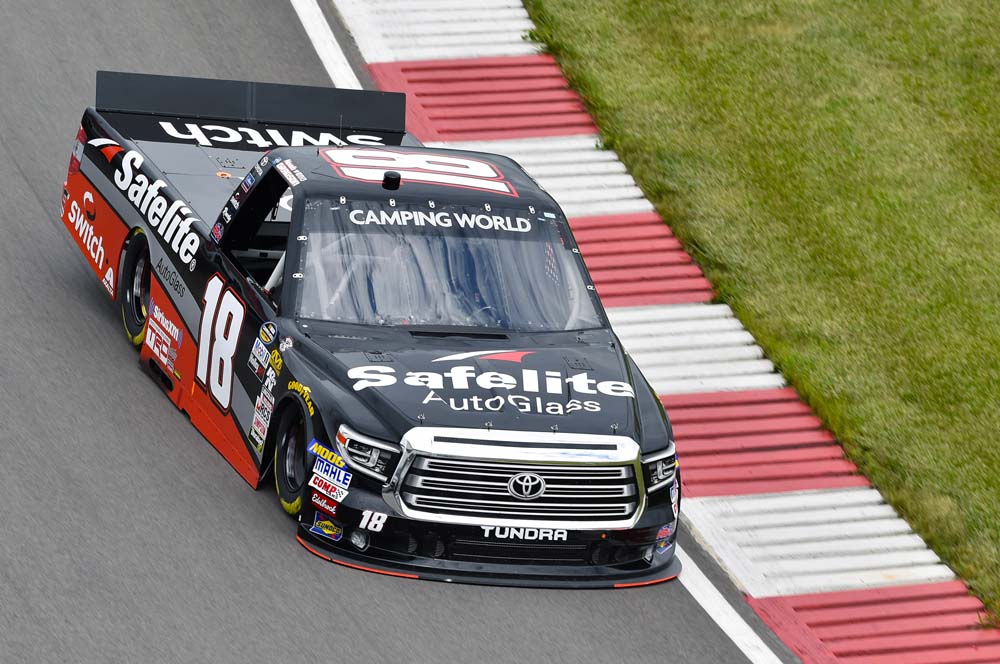 How do you feel about the first round of the Truck Series Playoffs?

“Kyle Busch Motorsports, my Safelite AutoGlass team, we’ve got some good tracks coming up. We have Canada and then Vegas. Those are two really good tracks for us — we led laps there last year and finished second and then went to Vegas earlier this year and had a pretty strong run — led some laps as well. Really pumped up to get to those first two tracks and then you have the wildcard — Talladega. That one — that’s an odd ball. The first two hopefully we can pick up a win and lock ourselves in. I feel really comfortable with my Kyle Busch Motorsports Safelite AutoGlass team going into the playoffs.”

“I think I’m a regular racer — NASCAR driver — who really enjoys going to the road courses. Some guys they don’t like going to the road course because it’s different, but I love outbraking people, downshifting, upshifting, going left and right and sawing on the wheel. It’s a lot of fun the road courses, I picked it up quick racing Legend Cars and have really enjoyed it ever since. Won three K&N road-course races – actually in a row, within eight days. So, I’ve run up front — finished second to Chase Elliott at Sonoma in the K&N race, he passed me with two to go. Really feel comfortable going into the road-course race, it’s a lot of fun and I’m ready to get out there and shift some gears.”

KBM-X134: The No. 18 Safelite Racing team will unload KBM-X134 for Sunday’s event at Canadian Tire Motorsport Park in Bowmanville, Ont. It is the same Tundra that Erik Jones led 19 laps with en route to victory in the 2015 event north of the border.