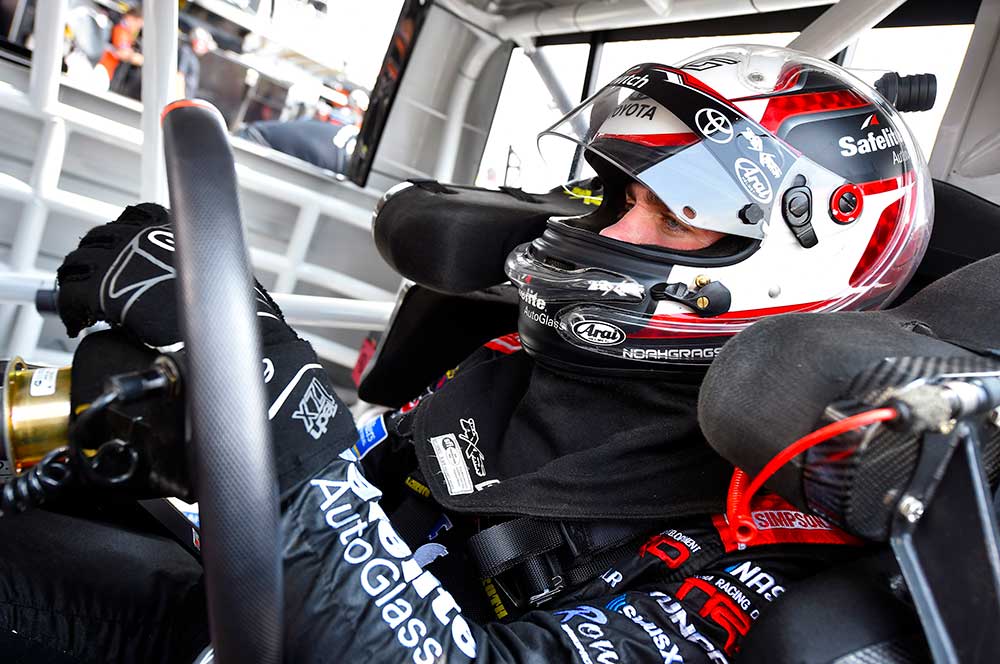 “Bristol is a wild place — you feel like you are in one of those flying saucers at the fair, or carnival, where you lay up against the wall and it spins you around. The g’s are so high there and you’re so compressed in the seat that it feels like a gorilla is standing on your shoulders. You really don’t have time to think — you go off into the corner and you’ve got a bunch of load on you and you’re all sunk down in the seat. You’re on the throttle it feels like the entire lap — you barely lift out of the throttle, probably only for a second. It just feels like you’re going in a circle and you kind of lose track on where the start finish line is because everything looks the same. Sometimes you might think you’re coming to the start-finish line, but you’re on the backstretch, so it gets kind of rhythmy I’d say. It’s definitely one of the coolest places that we go to drive.”

KBM-28: The No. 18 Safelite AutoGlass team will unload KBM-28 for Thursday’s UNOH 200 at Bristol (Tenn.) Motor Speedway. Gragson captured the pole with the Tundra at Dover (Del.) International Speedway in its lone start this this year and was running second late in the race before relegated to a 20th-place finish after a late accident. The Toyota has two career victories, most recently with Christopher Bell at Kentucky in 2017.