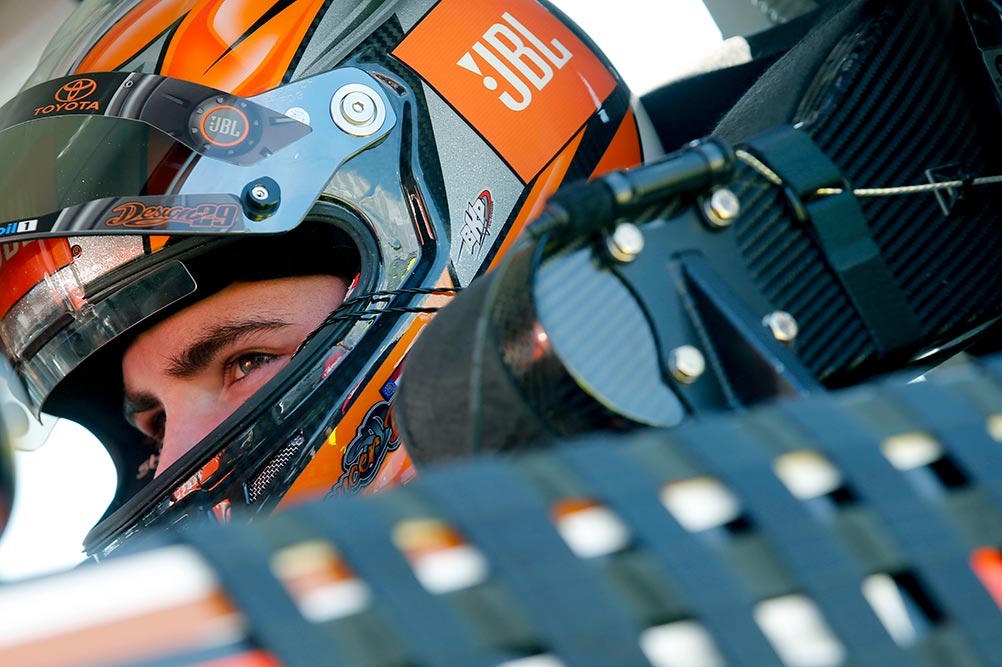 • The Dawsonville, Ga., native considers Atlanta his home track. He is hoping a win at Atlanta will sound the famous siren atop the Dawsonville Pool Room, a tradition started when fellow Dawsonville residents Bill and Chase Elliott win NASCAR events.

• Atlanta Motor Speedway also serves as a home race for Davis’ primary sponsor this week, Rheem. The Atlanta-based company is a global leader in advanced technology and the planet’s only manufacturer producing heating, cooling, water heating, pool and spa and commercial refrigeration products.

• Davis posted one top-five and four top-10 finishes in seven ARCA Racing Series starts in 2017 and also recorded one top-five and two top-10 finishes across three NASCAR K&N Pro Series East races. The Dawsonville, Ga., native made multiple starts in Super Late Models last year, highlighted by a runner-up finish in the prestigious All-American 400 at Fairgrounds Speedway in Nashville, Tenn. Despite competing in only 13 of the 14 K&N Pro Series East races in 2016, the NASCAR Next alum finished eighth in the championship standings after posting one win (Old Dominion Raceway in Thornburg, Va.), one pole, five top-five and seven top-10 finishes.

What did you think of your first NCWTS start at Daytona last weekend?

“I had a lot of fun in my first truck start. There at the end having Kyle (Busch) talking to my spotter Rick (Carelli) was a big help. Unfortunately, we didn’t get the storybook ending as we had throughout the race, but I’m really excited with a seventh-place finish.”

What did you learn testing at Charlotte Motor Speedway last month that can help you at Atlanta?

“It gave me some mile-and-a-half experience and learning how to work the track with the truck. It was helpful to get some confidence built up heading into Atlanta and Las Vegas, since those will be my first starts at both tracks. Being from Dawsonville, I consider Atlanta my home track and it would mean the world to me to win this race and have them sound the siren at the Dawsonville Pool room like they do for Chase and Bill (Elliott).”

Talk about having Rheem on your No. 51 Tundra this weekend at Atlanta:

“Rheem has been a long-time supporter of mine. They were actually my first sponsor when I started racing big cars. It’s going to be cool to have them on board again and I’m thankful for the opportunity. Hopefully it grows into more races because I’ve gotten some wins for them in the past and hopefully we can continue that too.”

Spencer Davis Career Highlights
• Finished seventh in his first NCWTS start at Daytona last weekend
• Opened his 2018 season with a sixth-place finish in the K&N Pro Series East race at New Smyrna (Fla.) Speedway (2/11/18)
• Has recorded one win, one pole, nine top-five and 14 top-10 finishes across 21 NASCAR K&N Pro Series East starts from 2015-2018
• Made seven ARCA starts in 2017 with one top-five and four top-10 finishes

Spencer Davis’ No. 51 Rheem Tundra:
• KBM-033: The No. 51 Rheem team will race KBM-033, for Saturday’s Active Pest Control 200 at Atlanta Motor Speedway. This is the same Tundra the team raced three times last year with a best finish of 11th at Iowa with Harrison Burton. Its best finish ever was second with Daniel Suarez at Dover in 2016