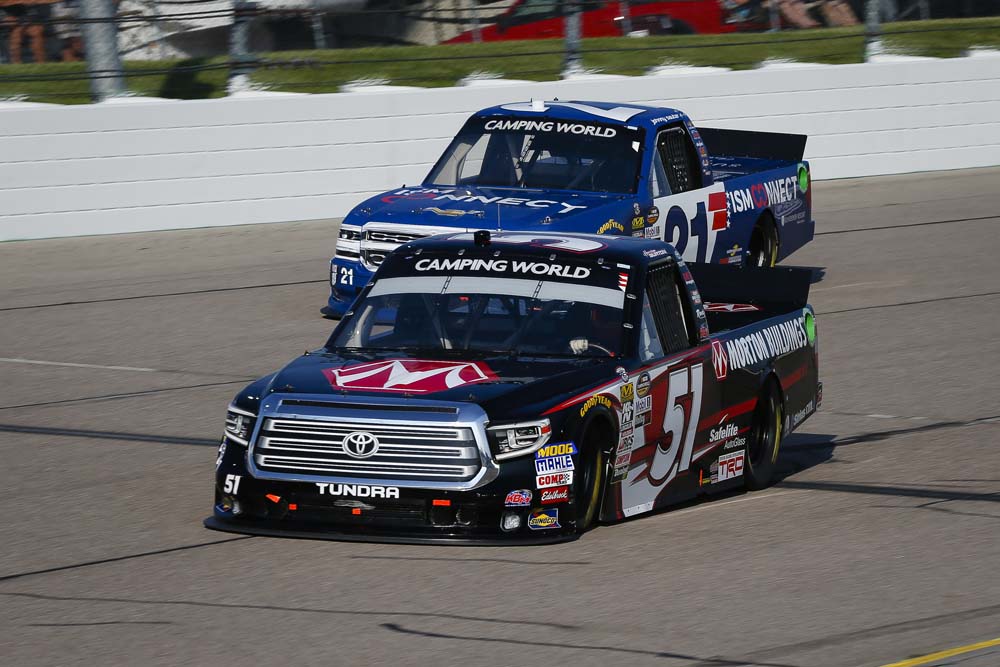 With four truck races under your belt at Martinsville, what are your expectations this weekend?

“Having come to Martinsville four times in the past and having a lot of experience at the ‘paperclip,’ really my expectations are to go and win. I feel like we have a really good truck and we’re going to have a great day Friday when we practice, so I’ve just got to prepare well and do my job and we’ll have a chance to win at the end of the day.”

What is the most challenging aspect of racing at Martinsville?

“I think the most challenging part of Martinsville is keeping your race plan together. There are so many things that can happen there that kind of throw you off course and kind of make things harder for you. The hardest thing for me would definitely be to keep it all together and at the end of the day come out with a good finish with the truck in one piece.”

Are you excited to finally be 18 and eligible to compete at Texas and Homestead in the coming weeks?

“That was the best birthday gift about turning 18 was I’m able to be mile-and-a-half eligible now and go race with the big guys on the big tracks. That will be a lot of fun. I’m excited to go fast and race on some mile-and -a-halfs and see what they are like.”

KBM-033: The No. 51 Morton Buildings team will race KBM-033, for Saturday’s race at Martinsville. Burton finished fifth with this Tundra at Dover in May and Riley Herbst raced it to an eighth-place finish at Gateway Motorsports Park.