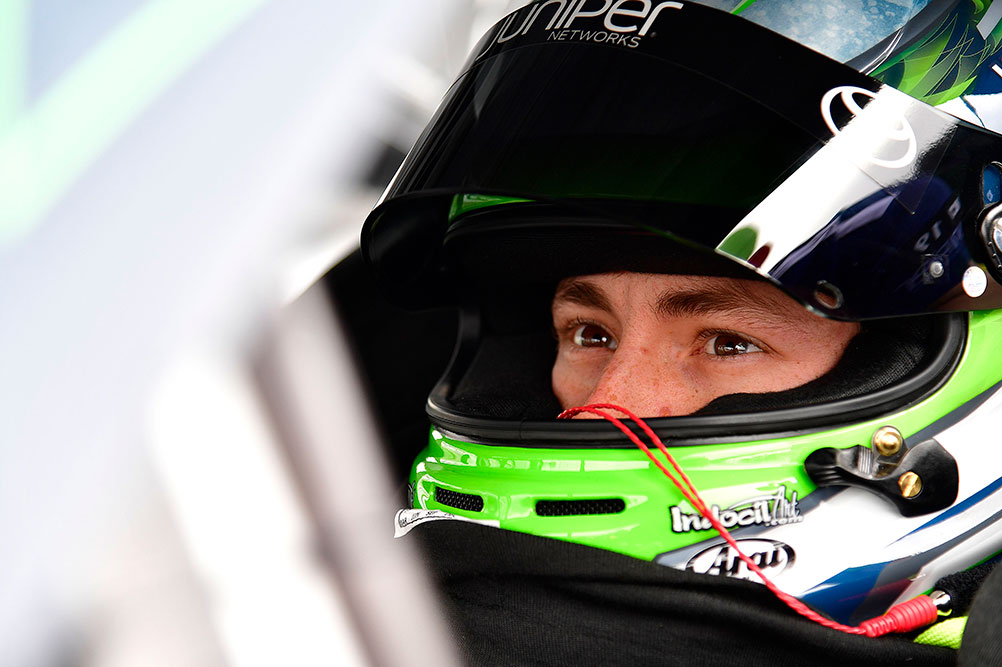 Talk about making your first NCWTS start for KBM at Kansas this weekend:

“It’s going to be an awesome experience. Kyle (Busch) is one of the guys that I’ve always idolized for a long time, even before when I was watching just as a fan. Kyle was the first guy I picked just as a fan to be my favorite driver. To be a part of his truck team now and see what all they have done with Toyota now and in the past, and what they have done with their development drivers, I’m definitely excited to see what we are capable of in a phenomenal truck at KBM.”

How is Kansas compared to the other 1.5-mile tracks?

“Kansas is one of those tracks that has a pretty smooth surface and compares to a lot of the tracks that have just been paved in a way. It’s easy to get in a really good rhythm. Normally you have some long green-flag runs there, but I know the truck races are a little bit shorter than what we’re used to currently in the XFINITY Series. I think it will be interesting to see how well we do there on the smooth surface.”

How does it help your learning curve with KBM since you have already worked with Mike Hillman Jr., as your crew chief?

“That’s an awesome thing to have a crew chief that we’ve already worked with in the past. We already know the same lingo, we already know our number scales whenever I’m communicating about how the truck is handling and stuff, and we worked together in a different series, not just the truck series, so I think that’s going to be a great match up. I’m glad to see he’s over here at KBM and I look forward to adding our names to one of their checkers.”

KBM-043: The No. 51 Lyons team will race KBM-043, for Friday’s 37 Kind Days 250 at Kansas Speedway. This Tundra was completely rebuilt since its last race at Homestead-Miami Speedway in 2017.