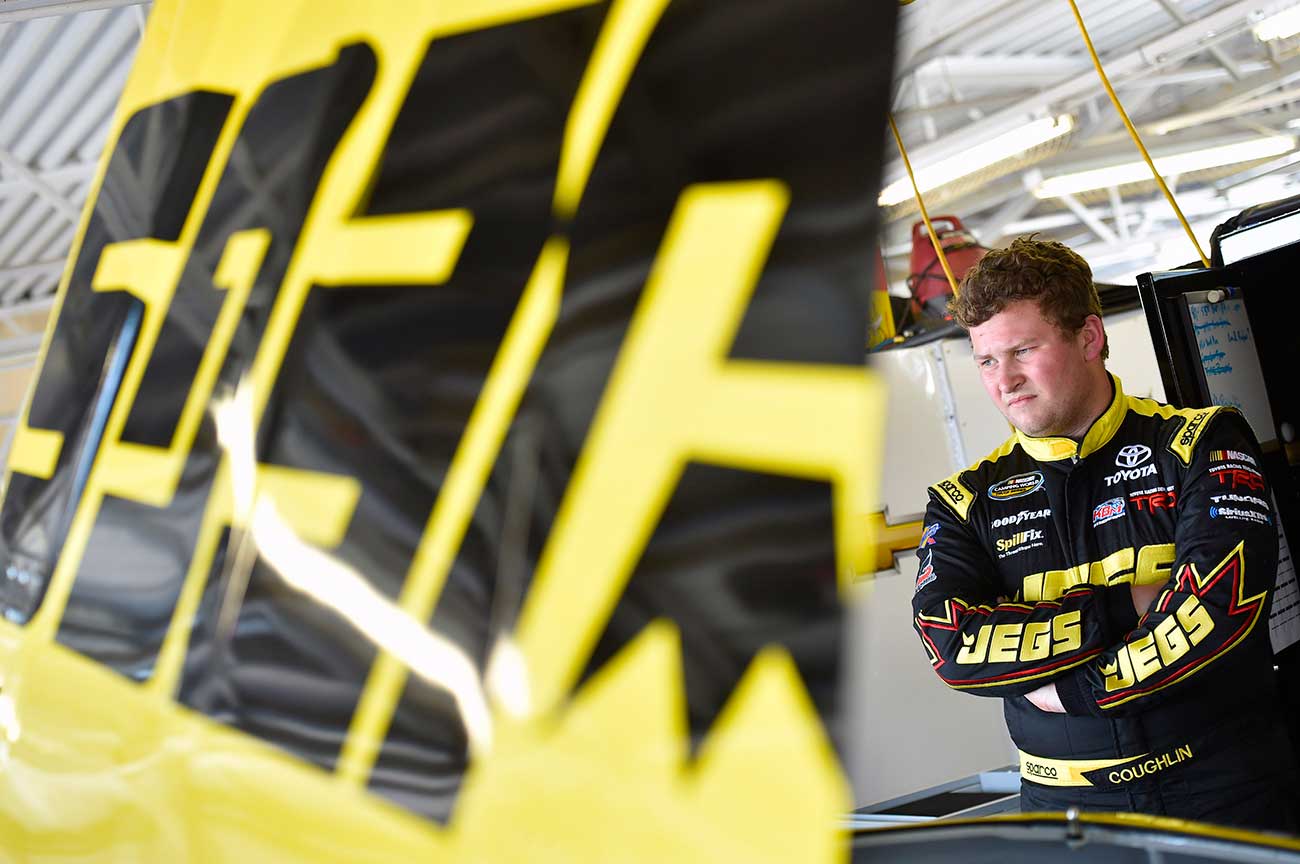 The Race
Friday’s NASCAR Camping World Truck Series event at Texas Motor Speedway is a 250-mile event, scheduled for 167 laps. It is Coughlin’s third NCWTS race of the 2016 season. The Joe Gibbs Racing Development driver’s first race was in the season-opener at Daytona International Speedway, and second race was at Kansas Speedway in May. Friday’s race will be the 20 year-old’s fourth NCWTS race of his career. It is Coughlin’s first NCWTS race at Texas Motor Speedway. He has never raced at TMS before.

The Race Track
Texas Motor Speedway is a 1.5-mile race track with 24 degrees of banking in Fort Worth, Texas. TMS currently hosts two NCWTS races. The inaugural NASCAR race held at TMS was won by Jeff Burton on April 6, 1997. Kenny Irwin Jr. won the initial NCWTS event at TMS on June 6, 1997. Clint Bowyer holds the NCWTS qualifying record with a lap of 29.274 seconds at 184.464 mph.

The Hot Streak
Coughlin is the current point leader in the ARCA / CRA Super Series and is riding a streak of three-consecutive victories. His next race with that series is Monday outside of Grand Rapids, MI at Berlin Raceway.

The Race Truck
Cody Coughlin and the No. 51 JEGS.com Kyle Busch Motorsports team will pilot chassis No. KBM-030 at Texas Motor Speedway in the Rattlesnake 400. KBM-030 has been raced nine times. Its best finish came one year ago at Kansas when it finished seventh.

The Crew Chief
Kevin “Bono” Manion will be calling the shots atop the pit box for Coughlin this weekend. It will be the second race for Coughlin and Manion. Manion is an accomplished crew chief with a Daytona 500 championship on his resume. Manion and Jamie McMurray won the 500 together in 2009 & the Brickyard 400 in 2010.

“I’m looking forward to my second race with Cody on Friday night in Texas,” said Manion. “I thought our communication was good in Kansas and it’ll only get better the more we work together. I think with one race under our belt together already Cody and I will have a good outing on Friday in Texas for JEGS, RCI and KBM.”