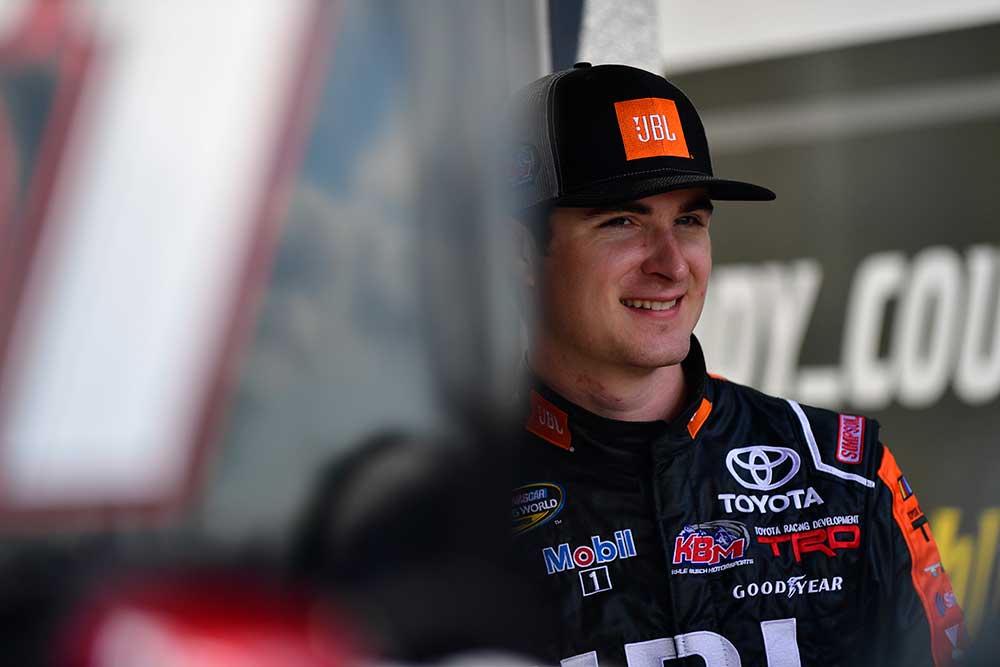 What racing have you done since your last truck start for KBM at Texas in June?

“Just some NASCAR K&N Pro Series racing in the No. 82 car which I work on and drive. You know we’ve been trying to finish out the year in it.”

What have you heard about racing at Michigan?

“It’s a real fast race track and real big on drafting, so the takeaways I’ve heard about is it’s sort of like Daytona and Talladega for the trucks. Drafting is going to be a real key part in that and timing for the whole race.”

Who do you go to for advice about tracks where you have never raced before?

“Actually, people like Brandon Jones, Austin Theriault and even some veterans like Matt Crafton and Johnny Sauter. Luckily, they are real helpful in this learning process, especially when they know they are going to race around you.”

KBM-050: The No. 51 JBL/SiriusXM team will race KBM-050, for Saturday’s race at MIS. Kyle Busch won with this Tundra at Las Vegas in March and was second at Charlotte in May. Brandon Jones drove it to a fourth-place finish at Kentucky in July.