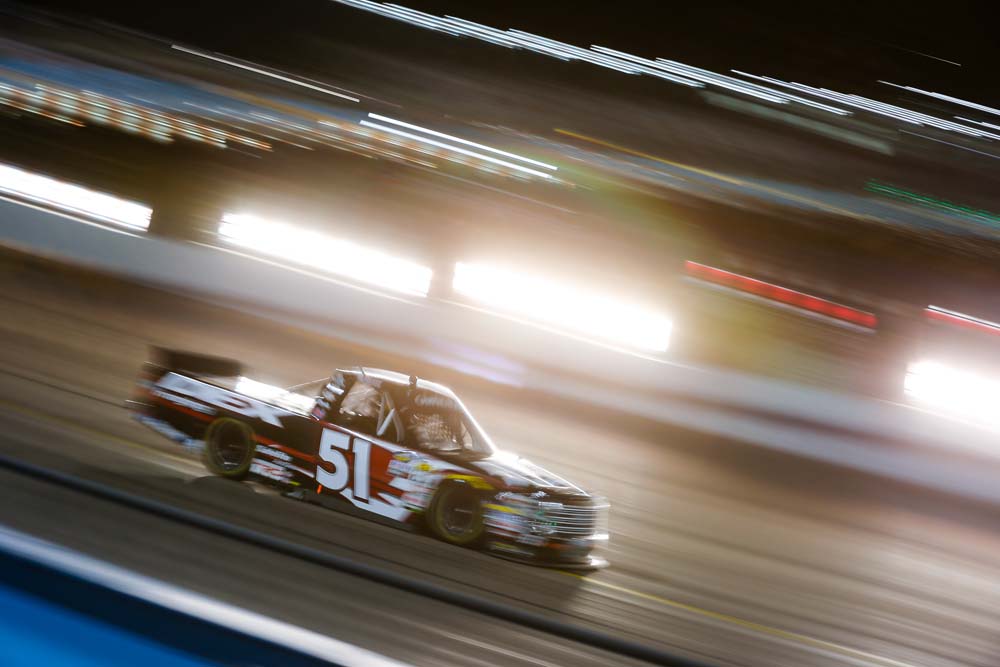 What have you heard about racing at Homestead?

“I’ve heard a lot of things about Homestead. I’ve heard it’s a lot of fun, you’ve got to rip the fence which is exciting. I’m excited to go and run really close to the wall and be driving really hard. I’m really excited just about going and fighting for a win. That’s our goal anywhere we go now. We’re just going to go try to implement that at Homestead. It’s going to be a challenging race track, but I’m excited for the challenge and ready to go for it.”

“It’s gone well. We haven’t got that win that we wanted yet, but we still have one more chance at Homestead. Hopefully we can go into next year with a lot of momentum. Hopefully everything for next year gets worked out well and I’ll be able to come back. I think I’ve done a good job submitting a good job application so we’ll see how it goes. I’m just ready to get back in the truck.”

What are your plans for the off season?

“Finish high school hopefully. I’ve gotten a little behind because I’m always gone racing. I miss a lot of the lectures and stuff like that, so I’m working my way back into it and getting back into class mode. That’s kind of what my winter is about is setting myself up for the next few months while I’ll be gone racing.”

KBM-043: The No. 51 DEX Imaging team will race KBM-043, for Friday’s race in Homestead. This Tundra has two fifth-place finishes in 2018 – Bristol Motor Speedway with Todd Gilliland in August and Chicagoland Speedway with Brandon Jones in June.