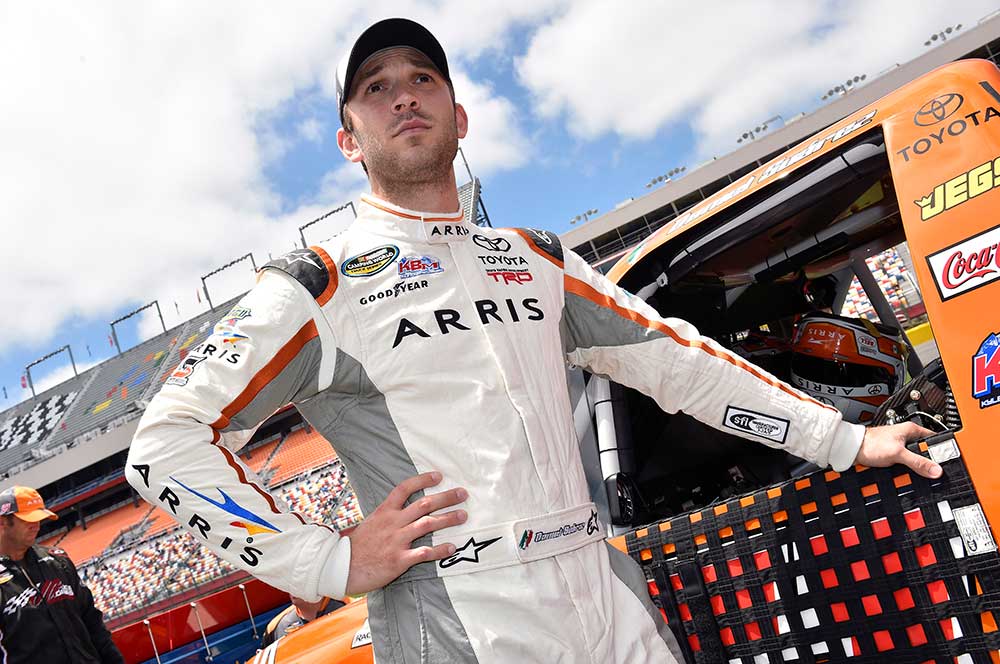 From the Cockpit:
Daniel Suárez: “I’m looking forward to this week and getting on the newly repaved Kentucky Speedway. I really enjoyed the old track, so I’m looking forward to getting in my ARRIS Tundra and figuring out the new surface on Wednesday. We have three practice sessions to get our Toyota Tundra dialled in, so we will work hard to find the right set up for Thursday night, and hopefully come away with our first victory of the 2016 season in the truck series.”

From the Pit Box:
Bono Manion: “I’m looking forward to racing under the lights on Thursday night at Kentucky Speedway and working hard on Wednesday to get our ARRIS Tundra dialed in. Wednesday’s practice sessions will be really important with the new surface, but I think we have a great game plan and I’m looking forward to the challenge. Everyone here at KBM has been working really hard to get the ARRIS Tundra in victory lane, and it would be great to get it started on Thursday night in Kentucky.”