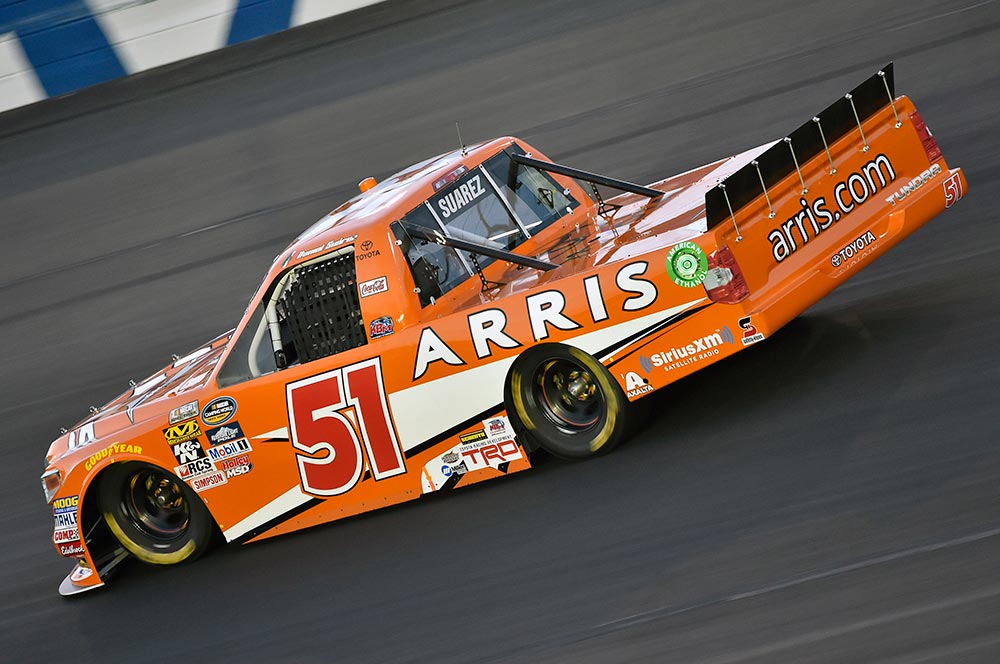 From the Cockpit:
Daniel Suárez: “I’m looking forward to Wednesday night and getting back behind the wheel of my ARRIS Tundra. We’ve had a little bit of a break from the truck series, so it will be nice to get back to work with (Crew Chief) Bono (Manion) and the guys. Bristol is one of my favorite tracks and you really can’t describe the feeling you get when you walk into track from the tunnel. It will be a fun race on Wednesday night and I can’t wait to get started.”

From the Pit Box:
Bono Manion: “I’m looking forward to racing under the lights on Wednesday night at Bristol Motor Speedway and working to get our ARRIS Tundra dialed in. We have two practice sessions on Wednesday morning and we will work really hard on the setup and getting our ARRIS Tundra ready for the race. Everyone here at KBM has been working really hard to get the ARRIS Tundra in victory lane, and it would be great to get our first victory of the season under the lights in Thunder Valley.”