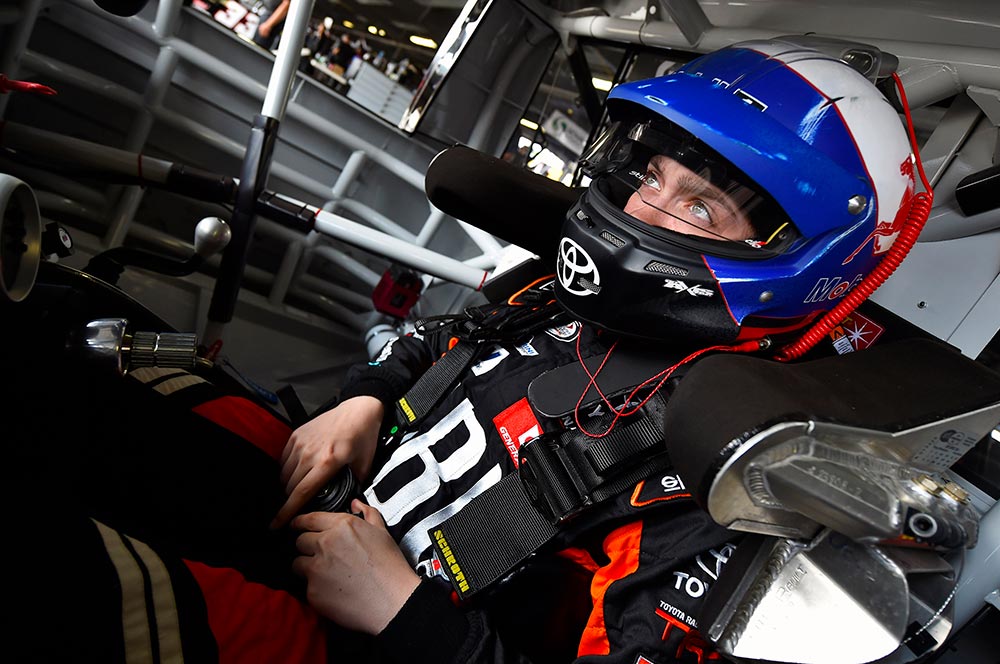 Saturday will be your first start at Martinsville in any series. What do you know about the track?

“It’s definitely a different track — they call it the paperclip and it really is just that. Both corners are pretty similar, but it’s kind of weird to get a handle on that race track — there’s so much braking and handling to go in there. I’m really excited to go there.”

Now that you have a couple Truck Series starts under your belt are you more confident heading into your third start?

“Absolutely — I’ve got a lot of confidence in the 46 team in general. At Gateway I felt like we had a shot to win there — we ran really well. Hopefully we can take that momentum and have a good run at Martinsville.”

KBM-034: The No. 46 Craftsman team will race KBM-034 for Saturday’s Texas Roadhouse 200 at Martinsville. Eckes drove the Tundra to an eighth-place finish in his Truck Series debut at Iowa Speedway in Newton in June. Owner-driver Kyle Busch piloted the truck to its lone victory in March of 2016 at Martinsville and Harrison Burton finished fourth with it earlier this year at the Virginia track.