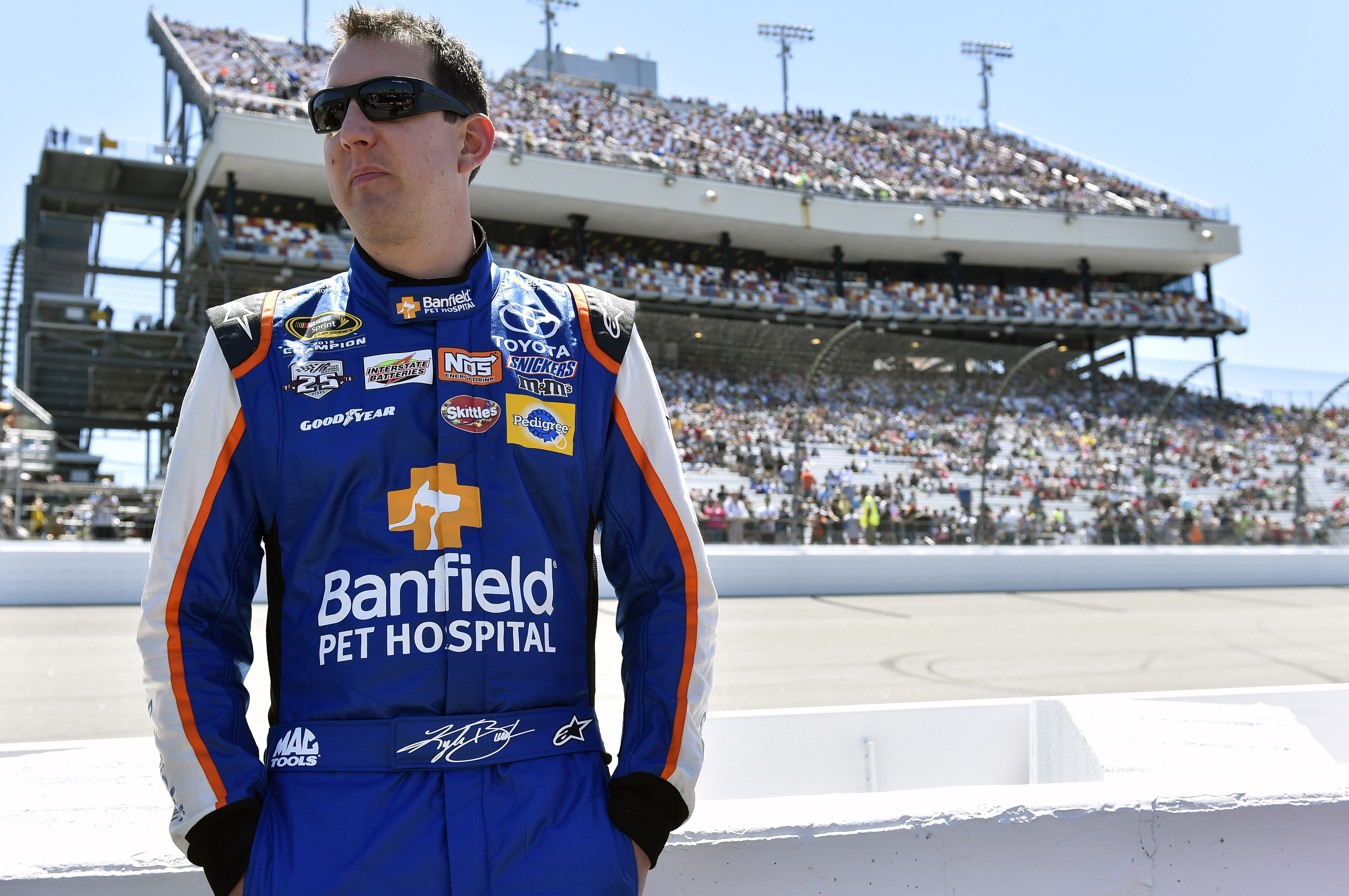 Three Things You Need to Know:

● Kyle Busch, driver of the No. 46 BANFIELD® Pet Hospital Toyota Tundra for Kyle Busch Motorsports (KBM), will make his fourth NASCAR Camping World Truck Series start of the 2017 season this weekend in the Buckle Up In Your Truck 225 at Kentucky Speedway in Sparta. In three starts this year, Busch has scored two wins – one May 12 at Kansas Speedway in Kansas City and the other May 19 at Charlotte (N.C.) Motor Speedway. Busch has led 206 of the 431 laps run during the three races in which he has competed.

● While Thursday night’s Truck Series race is Busch’s fourth of the season, it will be his seventh start in the series at Kentucky. In six previous starts, Busch has two wins, three top five finishes, five top-10s and has led a total of 310 laps. Additionally, it will be the 137th start of Busch’s Truck Series career, which features 48 wins, 87 top fives and 107 top-10s. He’s scored 17 pole positions and has led a total of 6,052 laps.

● Thursday night’s Truck Series race is the first of two in which Busch will compete with Banfield on the hood of his Toyota Tundra. Busch will also pilot the No. 46 Banfield Pet Hospital Toyota Tundra Aug. 16 at Bristol (Tenn.) Motor Speedway.

Are you looking forward to coming back and running the Truck Series race at Kentucky, and also all three races there during the weekend?

“We had a really good truck there last year and probably had a good shot of taking home a win, but we got caught up in a wreck that kept us from winning. I’m really looking forward to coming back to Kentucky with Banfield on board with us this weekend. They’ve been with us on the Cup side at JGR, but this is the first time we get to welcome them to KBM. As far as running the triple, it always seems like a better idea when you plan it in the beginning of the year but, getting into the weekend, it’s usually hot there and it’s a lot of racing. Still, I’m up for the challenge of racing and learning what we can for the weekend, but also trying to win all three. I would like nothing more than to get Banfield its first win in its first race with KBM.”

How much do you get out of running the Truck Series and Xfinity races that may help you in the Cup Series race at Kentucky?

“Running in the Truck Series race with our Banfield Tundra really gives us a chance to see what the track is doing for the entire weekend. We have three practices on Wednesday, so the extra track time will be valuable at Kentucky. I think you just get a better take on what the track is doing and how the Goodyear rubber is going down on the track and what’s happening with the different grooves. You want to know if the track is widening out, is it staying narrow? Do you want to run in the rubber or do you want to run just outside of it? You want to know where you want to be at these tracks and different repaves kind of lend themselves to different kinds of attitudes everywhere you go. Texas was that way this year, where you didn’t want to be where the line was. You wanted to get a little bit outside of that. But you only had 6 inches to work with and it was pretty treacherous. At a place like Kentucky this weekend, you have to trust yourself a bit because of that unknown factor of getting that car too far outside that groove and slip and get away from you.”

How excited are you to have the Banfield Pet Hospital scheme on board this weekend?

“We obviously travel most of the year doing what we do in NASCAR, so we know that if we have any of the dogs with us and they have health issues, there is likely a Banfield Pet Hospital not too far away from wherever we are. Banfield also is big into preventive care for our pets, which is important. I think everyone knows we’ve been dog lovers our whole lives – my mom, dad, grandparents. Everyone feels like our pets are our children. I know a lot of NASCAR fans feel the same way about their pets.”