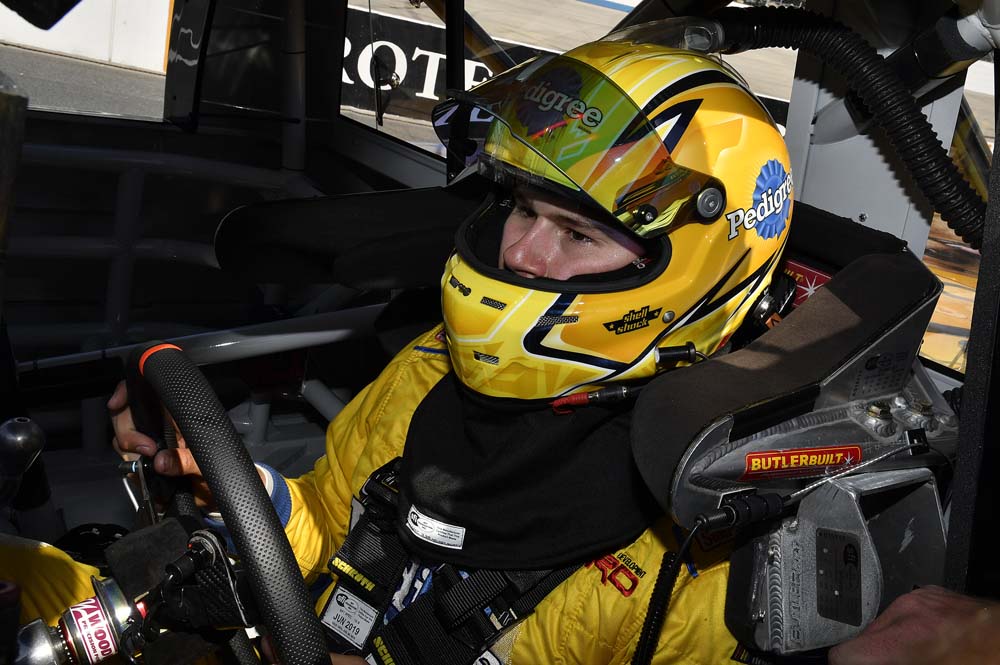 Talk about racing at Gateway since you ran the truck race there last year:

“I’m really excited to go back to Gateway, a place I have a little bit of racing experience. It’s going to be a little bit different with the repave this year, but luckily our teammate Noah Gragson was able to do a tire test there. I think we’re still going to have a really fast Toyota Tundra to start out with.”

You had a tough night at Iowa last week. How do you put that behind you and focus on Gateway?

“I think it’s just about surrounding yourself with a team that believes in you and doesn’t let themselves get caught up in stuff like that. That stuff happens – it was a mistake on my part, but we’re all in this together. We’ve got a lot more races coming up that are really important, so we just need to put it behind us.”

Your Tundra has a different look this week. Talk about Royal Canin being on the truck:

“I’m really excited to have a new partner on board that is in the Pedigree family. I’m visiting their headquarters in St. Louis which will be a lot of fun and a lot of their guests are coming to the race, so hopefully we can get a strong run for them.”

KBM-025: The No. 4 Royal Canin team will race KBM-025, for Saturday’s Eaton 200 at GMP. Gilliland raced this Tundra at Martinsville in March and finished 14th. Noah Gragson won with this truck at Martinsville in October 2017 and Christopher Bell won at Gateway with it in 2016.