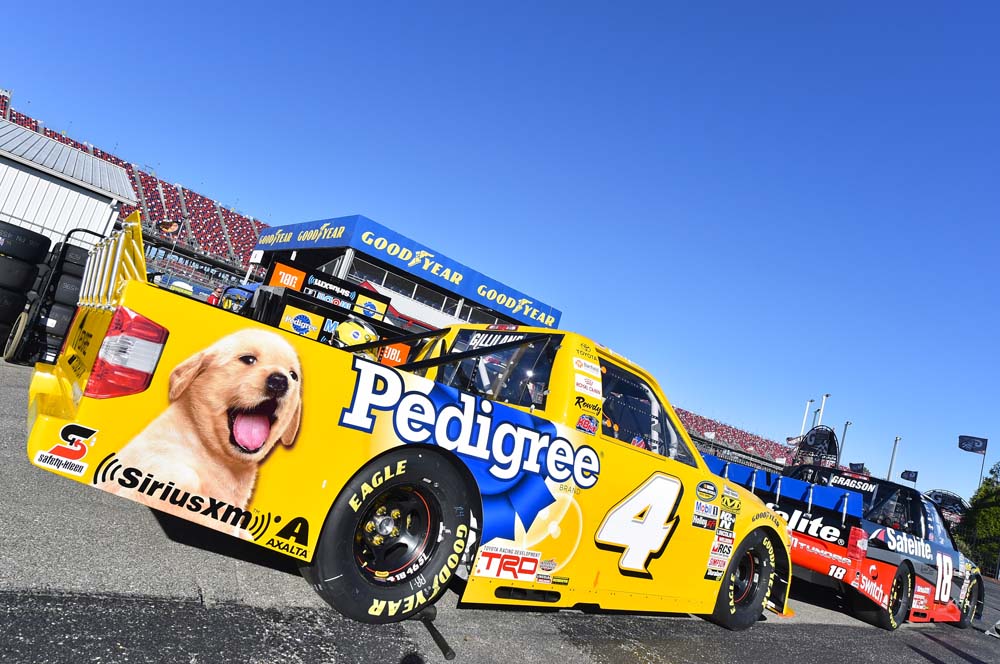 How do you move past last weekend’s heartbreak at Texas?

“I think you just need to take the positives away from it and put the negative stuff behind you. It happened, it sucked, but it’s done now and there’s a ton of positives we can take away from it. That’s what it’s going to be all about is moving on to the next race.”

Do you feel like you have to lose a couple close ones before you get your first win?

“I wish not, but I think this is definitely just building our momentum. We’ve got two more races left, so that’s what we’re going to focus on now – getting those last two wins. There is nothing else we can do.”

Since you ran the NCWTS race at Phoenix last year, what is it like to compete there?

KBM-041: The No. 4 PEDIGREE® team will race KBM-041, for Friday’s race in Phoenix. Gilliland has raced this Tundra three times this season at Dover, Iowa and the second Las Vegas race.