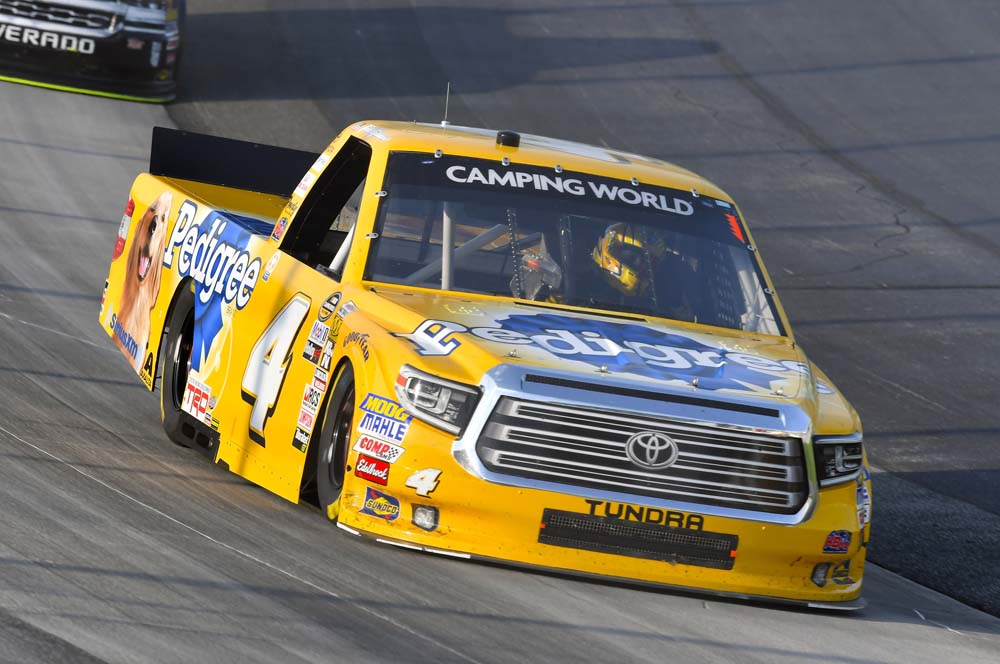 Talk about your first race at Talladega this weekend:

“I’m really excited about it. Growing up I’ve always really enjoyed the superspeedway races because everyone is really close together, but I’m starting to get a little nervous now about being in that pack. I feel like everyone at Kyle Busch Motorsports will bring me a fast truck and we can just be out front.”

You and your Dad will both be driving PEDIGREE® Tundras this weekend. What will it be like being teammates with him?

“It’s been super fun and it’s a great idea that PEDIGREE® had. Luckily, they are jumping on board for two trucks this weekend. Growing up and watching him, he’s always been pretty decent there, so hopefully I can learn a thing or two from him in practice and put it to him in the race.”

It’s the last lap with you and your Dad running first and second. What do you think will happen?

“I’m going to win. That’s all there is to it. We were just talking about it and we are teammates until about five to go and then coming to that last lap it will be the No. 4 Tundra in Victory Lane.”

KBM-040: The No. 4 PEDIGREE® team will race KBM-040, for Saturday’s race at Talladega. David Gilliland has raced this Tundra at Daytona in February where he won the pole and led for 30 laps until late-race damage left him with a 21st-place finish.