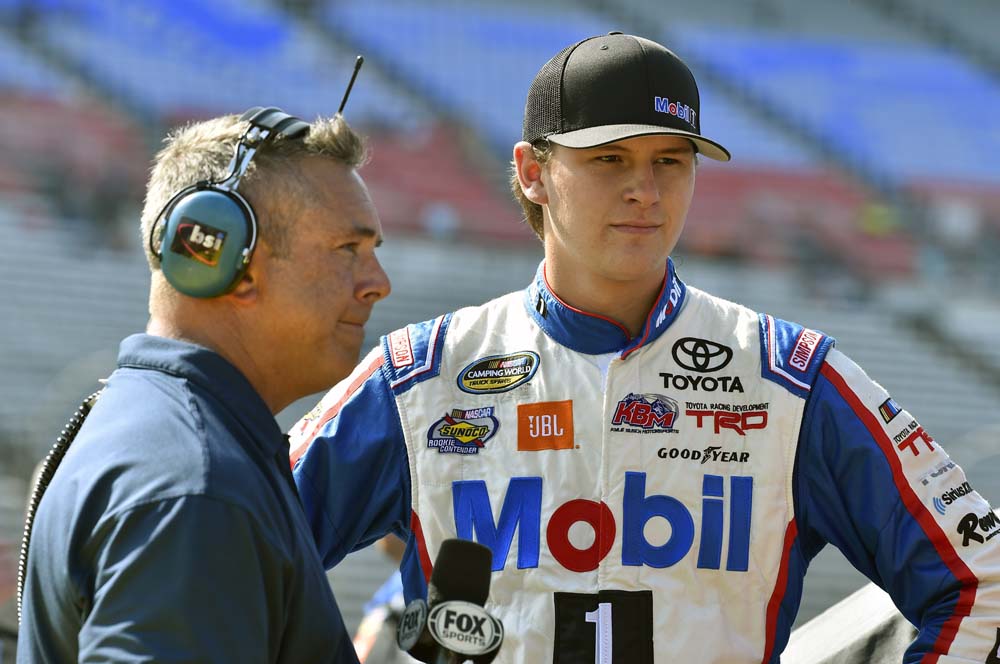 This will be your fourth Truck Series race on an intermediate track. How are you adjusting to them?

“I think they are a lot of fun. You definitely have to race them a little bit different, but I think I’m getting a lot more experience. At Charlotte I kind of ran in the back all night, and after Texas getting to run in the lead a lot and Chicago being around the top five, I think that was definitely a lot to learn. Hopefully we can just keep building on it and I think our truck is going to be fast this weekend.”

What have you heard about Kentucky from the other drivers?

“It’s all about watching film and watching in-car cameras from years past. I was also able to go to a test there with the trucks just to watch, but it’s still always a good thing just to be around the race track. I think it’s just going to be like another 1.5-mile track.”

How do you handle this hot stretch of races in the summer months?

“I think the first few were really difficult, but we’ve done a few different things inside the truck to really make it a lot better, a lot cooler to keep us focused throughout the entire race. I think it won’t be an issue. If anything, just the temperature swing from day to night.”

KBM-045: The No. 4 Mobil 1 team will race KBM-045, for Thursday’s race at Kentucky. Gilliland raced this Tundra at Charlotte earlier this year where he finished 10th. Kyle Busch raced this truck at Atlanta in February when he won the pole and led 67 laps.