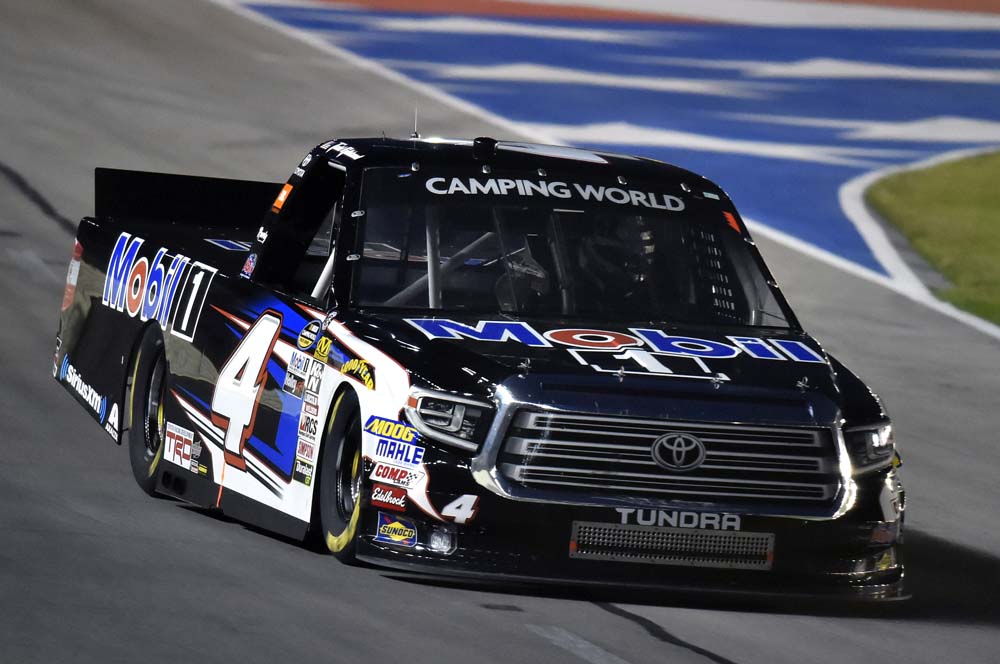 You earned your best career Truck Series finish at Gateway last weekend. Do you feel like your first win is getting closer?

“Yeah, I think anytime that you can run upfront and be in the top three all night that builds confidence in me and the team, so that’s what it’s about. Just being consistent and getting better every week, and I think we are definitely getting closer.”

How will running the ARCA race Thursday help you prepare for Friday’s NCWTS race?

“I think at this point it’s all about getting mile-and-half experience. It’s been a really great stretch here in the summer months to just race every weekend, so we’re keeping that up this weekend racing twice and hopefully we can just learn a little something new in the ARCA race that helps me in the truck race.”

Since you have never raced at Chicago, what have you been told about what to expect?

“I’ve heard some things that a lot of mile-and-half tracks aren’t real racy and you get kind of stuck behind people. I’ve heard Chicago is a really racy race track, so I think you will see a lot of grooves moving around. I guess we’ll see when we get there.”

KBM-052: The No. 4 Mobil 1 team will race KBM-052, for Friday’s Overton’s 225 at Chicago. Gilliland raced this Tundra at Texas earlier this month where he finished sixth and led a race-high 62 laps. Kyle Busch debuted this truck at Kansas in May and finished second.

John Hunter Nemechek Looks to Lock-In His Spot in the Championship 4
October 27, 2021