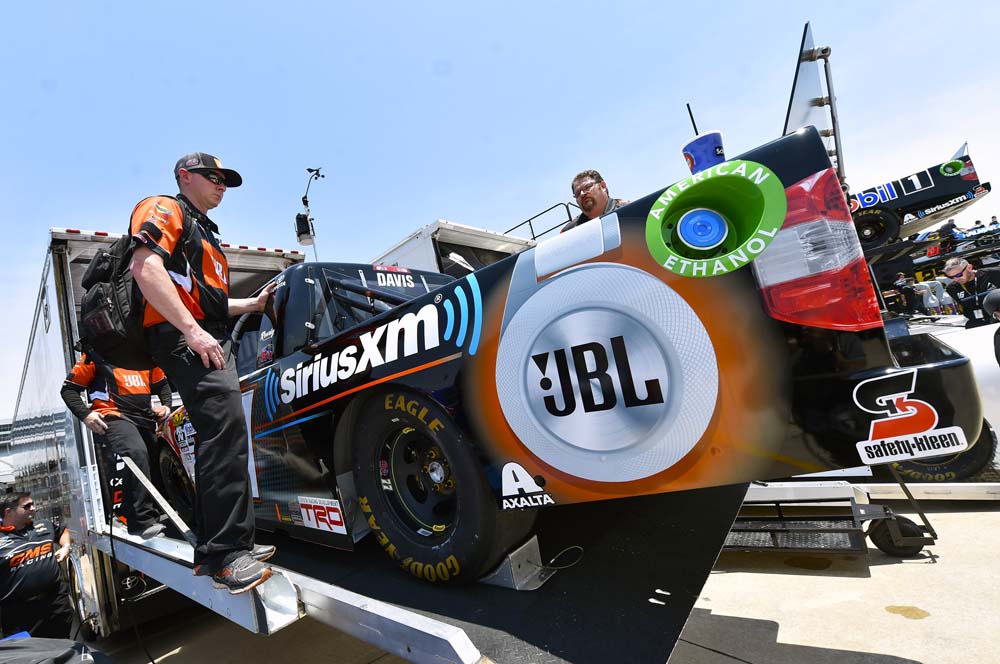 You have two wins at Iowa in NASCAR K&N Pro Series West competition. How much does that boost your confidence for the truck race?

“That and we also had a really great test there a few weeks ago. I’ve got a lot of confidence going in there and hopefully we can carry some of the momentum we have from such a great run in Texas into Iowa.”

What did you work on during the test at Iowa last month?

“We worked on getting the truck driving well. We were there for two days, so we got to run through a lot of stuff that maybe we could try at other short tracks as well. A lot of stuff has been different this year with the different tire compound, so we’re just trying to find what works best for our truck.”

Are you looking forward to getting back to a smaller track?

“I’ve really had a lot of fun being able to venture onto the mile-and-half tracks and get more experience on that end, but being able to get back to the short tracks where I feel the most comfortable with the most experience — especially at a place like Iowa where Kyle Busch Motorsports has had so much success in the past — I think it should be a really great weekend.”

KBM-041: The No. 4 JBL/SiriusXM team will race KBM-041, for Saturday’s M&M’s 200 at Iowa Speedway. Gilliland raced this Tundra to a 10th-place finish at Dover in May. Kyle Busch won with it at Chicagoland Speedway in 2016.