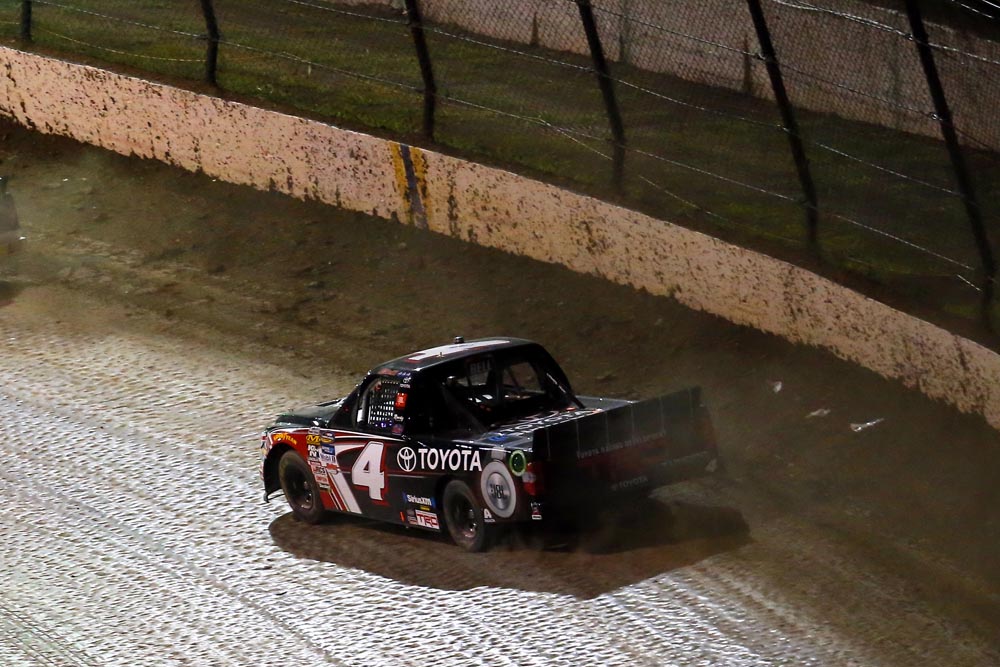 What are your expectations for racing on dirt at Eldora?

“Well, not having a dirt background or anything, we did a little dirt testing this week and going into Eldora you really just have to be open-minded. I think we can run good, it’s just going to be about making good changes and being able to adapt to the race track as quickly as possible.”

You raced on a half-mile dirt track once in a Street Stock race in California. How did that go?

“It went pretty good, I finished fifth and there was like 30 cars there. That was a long time ago (2015) so I don’t remember much, but I’m pretty sure these things (the trucks) are going to drive worse than a Street Stock. We’ll see when we get out there.”

Who have you asked for advice about dirt racing?

“My Dad (David Gilliland) used to race dirt at that same track I raced at a few years ago, so just having him to be able to tell me even the basic stuff is going to be really good. Also, my crew chief Marcus Richmond has been to every single truck race at Eldora so that’s what it’s going to be about – bringing all our minds together and hopefully getting the best finish possible.”

KBM-046: The No. 4 JBL/SiriusXM team will race KBM-046, for Wednesday’s race at Eldora. This Tundra was raced three times in 2017. Once by Kyle Busch at Michigan and twice by Myatt Snider at Chicago and Las Vegas.