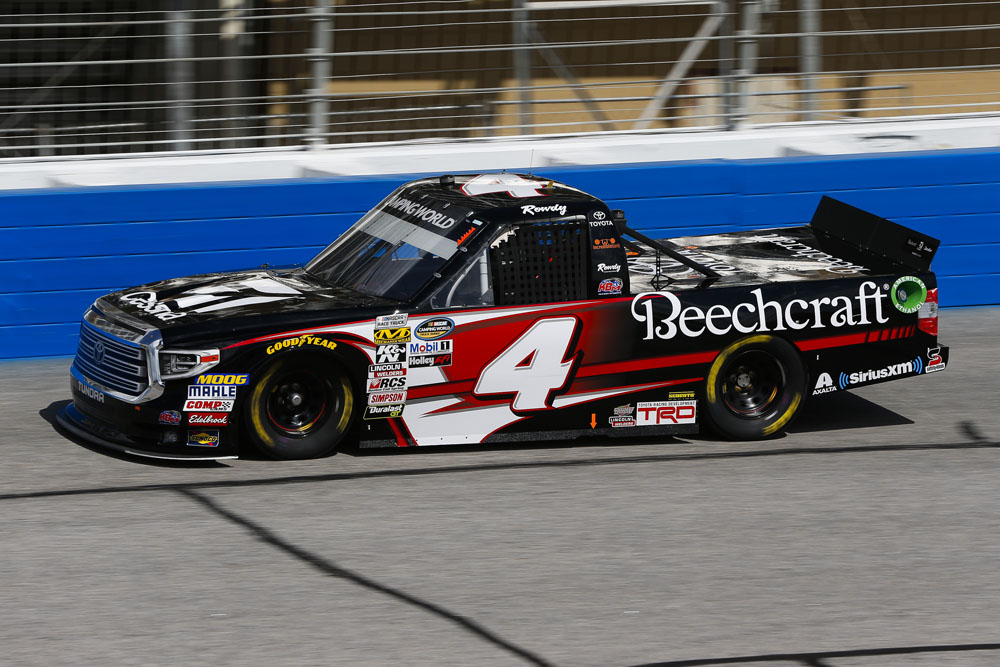 Is there a number of NCWTS wins you’d get to and stop running?

“No, there’s nothing about hitting 50 that makes it special. Fifty-two would be special. As far as how many truck races would I continue to run or wins would I like to hit, no because it’s my own team and I’d like to always get out there and have the opportunity to race with my own team. Everybody thinks I just like to go out there and pad my stats and everything else. It’s not like that. It’s entirely to work with the people and try to educate the people. We’ve got three new engineers – two new engineers on our team this year and other new crew members and things like that and so you try to work out the bugs with those guys. I feel like every year we go into the season with new guys and I’m kind of regurgitating the same information sometimes. You have great leadership with the crew chiefs and stuff, but this is (Mike) Hillman’s (Jr.) first full season with us. Las year was Marcus (Richmond)’s first full season with us, so you know it’s hard for Rudy (Fugle) to be able to catch those guys up on exactly everything and so when I’m there with the team meetings and stuff like that, we always go over stuff to make sure that we’re a professional organization and we do our job and we hit all of our Ps and Qs and Is and Ts and everything else to make sure that we’re going out there and doing a really good job as if it was a Cup team. That’s what the professionalism of our team is trying to be.”