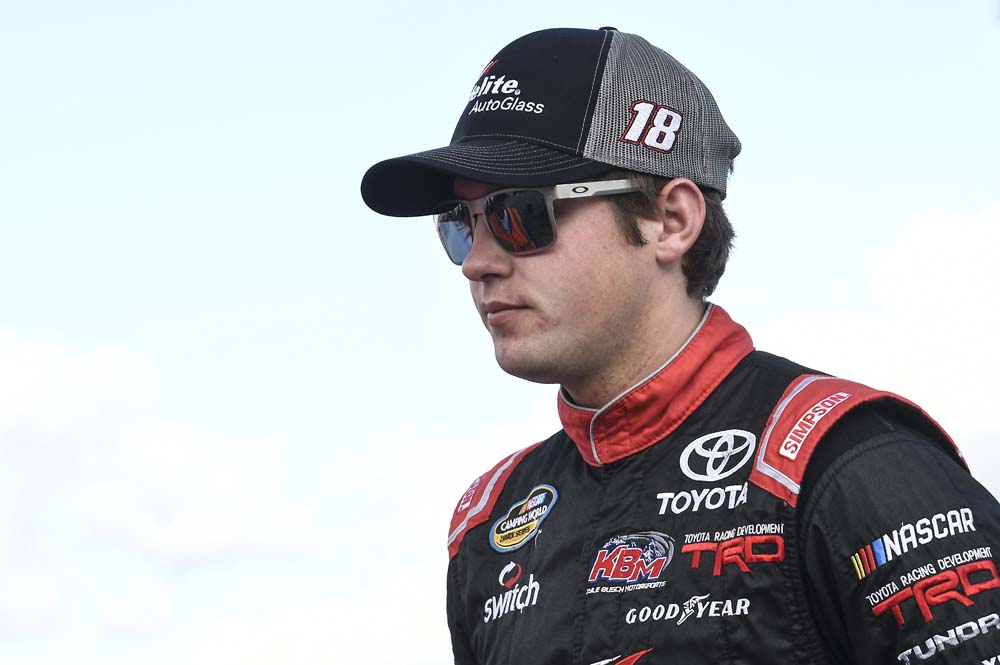 Sitting 18 points above the cutoff line heading into this elimination race will you be playing offense or defense?

“I’m going full offense mode — I’m going to Phoenix to win the race. We ran really good there last year with Marcus Richmond and the team at Kyle Busch Motorsports. Myself and Christopher Bell, two teammates, we led I think all but 10 laps of that race, so I feel really confident in the way that I’ll be able to work with my Toyota Tundra out in Phoenix. It’s going to be a really good race track for my team and I feel really comfortable about it.”

How will the changes they made at ISM affect this year’s race?

“I guess it is kind of the same track with a different configuration — with the start-finish line. I don’t know if you’re going to be able to change your lap time — in theory you shouldn’t. Coming off the corner you might be able to change it up a little in the old turn one –new turns three and four. It’ll be a little bit different — that’s for sure. Restarts are going to be sketchy — that’s for sure, but I feel like if we can stay up front in my Safelite AutoGlass Tundra it’ll be no problem. Just feel really confident going into this weekend and hopefully we can pick up that win and move on to Homestead. Then it’s all hammer down from there.”

KBM-38: The Safelite AutoGlass team will unload KBM-38 for Friday night’s Lucas Oil 150 at ISM Raceway. The Tundra nicknamed “38 Special” has won five times in 11 career starts and has an average finish of 3.9. It is the same Tundra that Gragson captured the pole, led 128 laps and won all three stages with at Kansas Speedway in Kansas City in May. The Toyota most recently raced at Las Vegas (Nev.) Motor Speedway in September, where Gragson captured the pole and led the first 33 laps of the race before being relegated to an 18th-place finish after developing a tire rub late in the race.