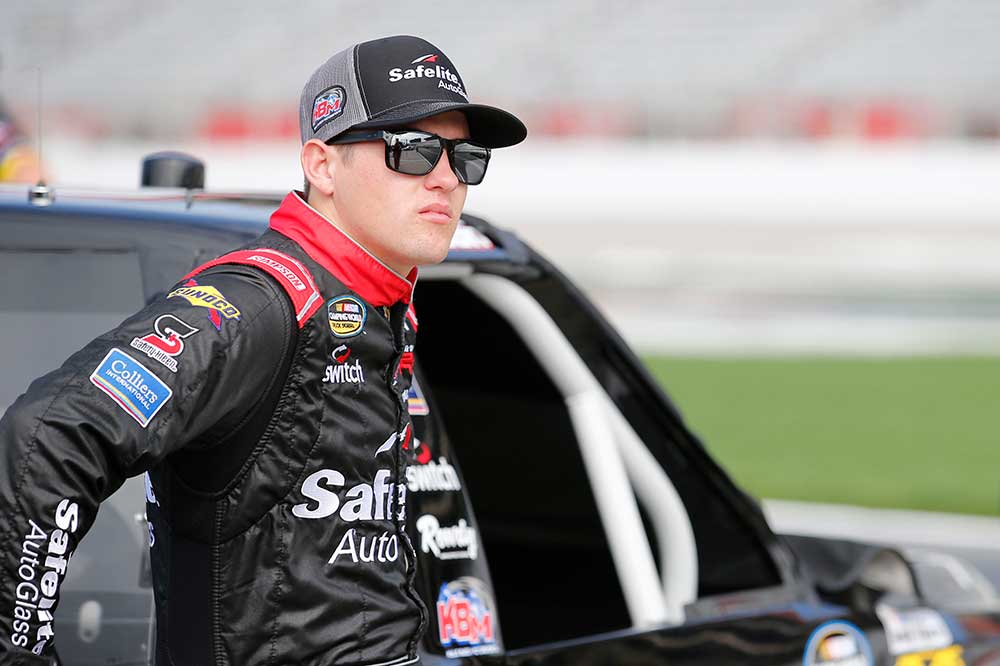 Do the races at Michigan in the Truck Series feel like a superspeedway race?

“Michigan is a fun track — it’s fun to practice on and race on. A lot of it is kind of like superspeedway racing — you have to draft with the guy and if you get out of the draft you kind of fall back three, four, five car lengths a straightaway. So, just trying to use that superspeedway knowledge from my past experiences and last year at Michigan — we finished seventh and ran in the top five a little bit. Just have to prepare a little bit better this year and with that extra experience I think it will be pretty good.”

What do you hope to accomplish over the final two races of the regular season?

“These last two races are going to be pretty crucial — kind of two last dress rehearsals since we are already in the playoffs. Just trying to really hit on everything that we can as a team and clean up everything before we get into the playoffs. Once we get into the playoffs it is really game on and time to go fight for a championship. So, these last two weeks — Michigan and Bristol — they are going to be really crucial. We are trying to get more wins, but ultimately clean everything up as a team and try and be the best that we can be.”

KBM-53: The No. 18 Safelite AutoGlass team will unload KBM-53 for Saturday’s Corrigan Oil 200 at Michigan International Speedway. The Tundra finished second in its debut with Gragson behind the wheel at Iowa Speedway in June.