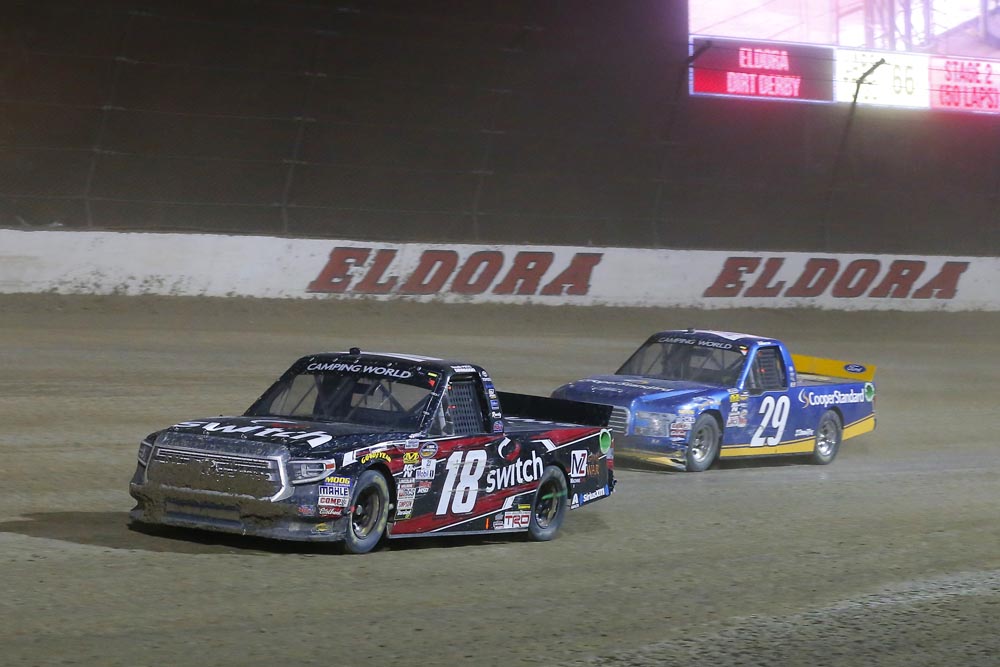 Without having much dirt experience is it hard to prepare to race at Eldora?

“Eldora is tough because I don’t race dirt — I don’t come from that background. I’ve never really had the opportunity to go out there and race dirt or have really any experience, so it’s going to be tough. Luckily, I was able to race it last year so I kind of have a little bit more confidence going into it this year. Other than that, there is nothing you can really do to prepare yourself if you’re not a dirt racer. It’s going to be challenging, but I’m up for it — it’ll be fun.”

Will you be able to enjoy racing at Eldora more this year since you have already locked up a playoff spot?

“I don’t think so because last year I went into Eldora as a throwaway race in a sense and I really just tried to have fun out in the dirt and learn slipping and sliding. But once you are in that thing and your competitive mindset kicks in and you’re like man I’m running like 15th when I shouldn’t be running 15th even though it’s my first time on dirt, you get out there and your competitive state kicks in. You want to do better and better and you overtry because you are out of your comfort zone. It should be fun. I’m looking forward to this year — it’s going to be a lot more fun just because I don’t have to race and get in the playoffs, so I’m going to go into it as a throwaway race again.”