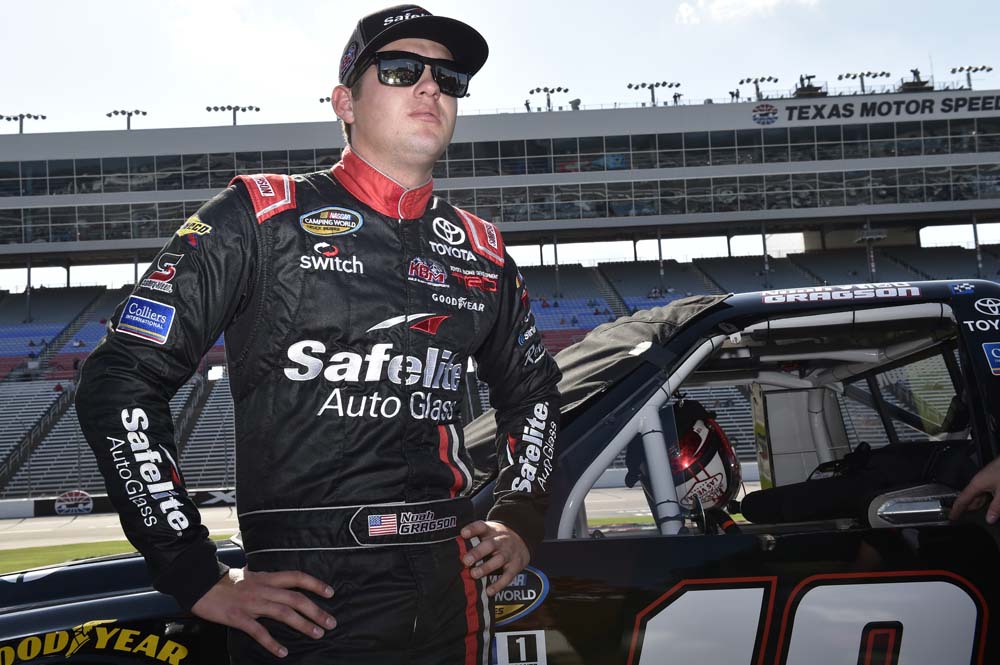 You’ve knocked on the door of your second victory of 2018 the last few weeks. Do you feel like your team is hitting its stride?

“I feel like we’ve been championship contenders and race-winning contenders since a couple races into the season. Once I started getting a good flow with my crew chief Rudy Fugle and the rest of my crew guys getting our team chemistry down. I feel like it’s really good right now. We had a shot at winning Iowa — finished second there — and then we led up until about seven to go at Gateway last weekend until we unfortunately had a flat tire. Definitely was in contention to win that race too. I know I have the best team out there at Kyle Busch Motorsports. Now, it’s trying to get this summer stretch in and keep really consistent race weekends throughout the whole summer stretch. Trying to win races is the biggest thing and keeping consistent.”

What does it take to have a fast Tundra at Chicagoland?

“Chicago is a fast race track — you’ve got to have a lot of speed there, but it’s really bumpy too. So, with the bumps you have to have your handling good over the tunnel turn in three and four. There’s a tunnel that goes right underneath there, so the bumps are really rough. So, to be able to handle but still have speed is really the biggest thing. It’s a lot of fun to race at that race track and we’re going to have a lot of Safelite AutoGlass employees out there. It should be good and we’ll put on a good show.”

KBM-047: The Safelite AutoGlass team will unload KBM-47 for Friday night’s Overton’s 225 at Chicagoland Speedway. The Tundra led a race-high 72 laps and finished third with Christopher Bell behind the wheel in last year’s event in the Windy City.

Chandler Smith Looks to Claim Rookie of the Years Honors in Final Race of 2021
November 3, 2021