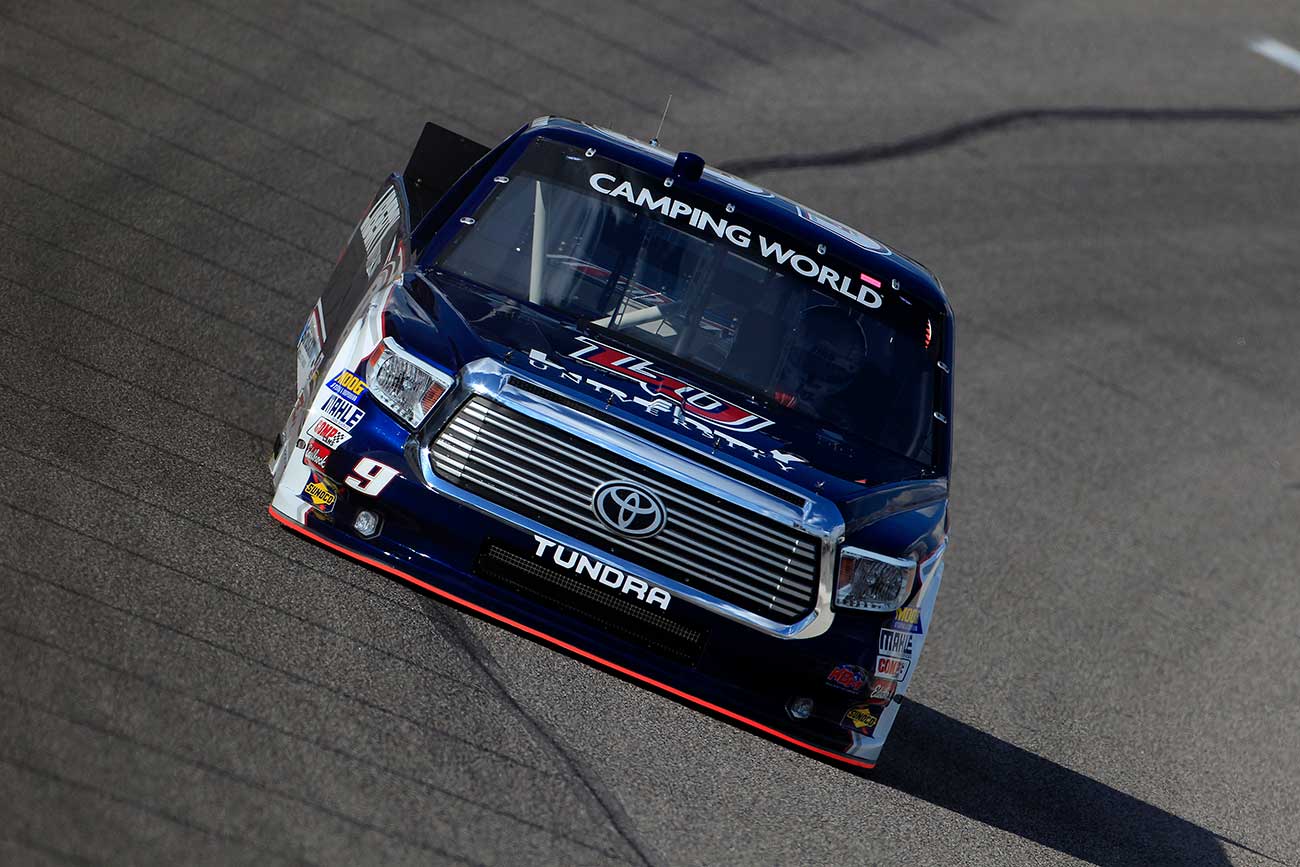 MOORESVILLE, N.C. (July 5, 2016) – Being a rookie can be tough enough in a new racing series. Learning the new tracks, the driving styles of your competitors and how to communicate with your team are just a few of the obstacles a rookie must overcome. William Byron seems to be handling all of that very well with three wins under his firesuit belt already this season, and the playing field may be more level this weekend since nearly everyone will be a rookie on the newly paved surface at Kentucky Speedway in Sparta.

Byron gained experience at Kentucky when he competed in the ARCA Racing Series last September. After being second fastest in practice he won the pole, but the team elected to start at the back of the field due to a tire rub. Unfortunately, Byron was collected in a first-lap accident in front of him and never completed a lap in the race. Even if he had completed all the laps, that experience would have been on the old, bumpy surface and likely not helpful to him after wholesale changes to the track in the off-season.

Now Byron returns to Kentucky in a new series with a new track surface. With no personal experience on the new surface, his best source of advice is his owner and on-track competitor for the race, Kyle Busch. Busch participated in a two-day Sprint Cup Series tire test at Kentucky in June, so he has first-hand knowledge of what to expect from the new pavement.

Byron will also be driving a proven Toyota Tundra for the 150-lap event Thursday night. KBM-021 has eight wins in 15 starts. Byron has driven it twice this year at Atlanta Motor Speedway in February where he was forced out of the race with engine issues while running second, and Charlotte Motor Speedway in May where he led 25 laps and finished 10th.

With the new surface and a winning Tundra, Byron hopes to show the Bluegrass State the true meaning of horsepower on Thursday night.

Talk about the new surface at Kentucky:

“The new surface is going to be slick and it’s going to be kind of a curveball for all of the teams. Both ends of the race track are totally different than what we are used to there, so I think it will definitely be a learning experience. We need to get as much knowledge as possible during the Wednesday practices so we have our Liberty University Tundra the way we want it for the race, and ultimately just try to keep up with Kyle (Busch) in the race and see what we can do.”

Has Kyle Busch given you any advice on Kentucky after testing there a few weeks ago?

“He has been helping us understand what the track is like and he said turns one and two are like Kansas, while turns three and four are like the old Kentucky. It’s all totally different though because of the new surface. It’s going to drive a lot different not having the bumps we had the last time I raced there in an ARCA car. I think it’s going to be about surviving a little bit because it’s going to be really slick so we’ll have to see what happens.”

After winning on two 1.5-mile tracks so far this season are you looking forward to Kentucky even more?

“We’ve lead a lot of laps on mile-and-a-half tracks this season. Charlotte, Texas and Kansas were all really good races for us. If we can continue that streak of having good runs at 1.5-mile tracks that will help us get ready for the Chase since a lot of those races are mile-and-a-halves. We need to make sure we are prepared for that stretch.”

How do you approach the new surface at Kentucky for this race?

“The race track is probably going to be pretty treacherous. Usually repaves are tough, usually just one groove, if any and they are usually pretty hard on tires. The track is going to be really fast and slick so we have to be smart and try to use strategy to be in the right spot at the right time.”

KBM-021: The No. 9 Liberty University team will race KBM-021, for Thursday’s Buckle Up In Your Truck 225 at Kentucky. This Tundra has eight wins in 15 starts between Kyle Busch and Erik Jones.

Fugle has two top-five finishes as a crew chief in two starts at Kentucky in the Truck Series. Kyle Busch was third in 2013 and Erik Jones was second in 2015. Fugle’s teams have led 97 laps.