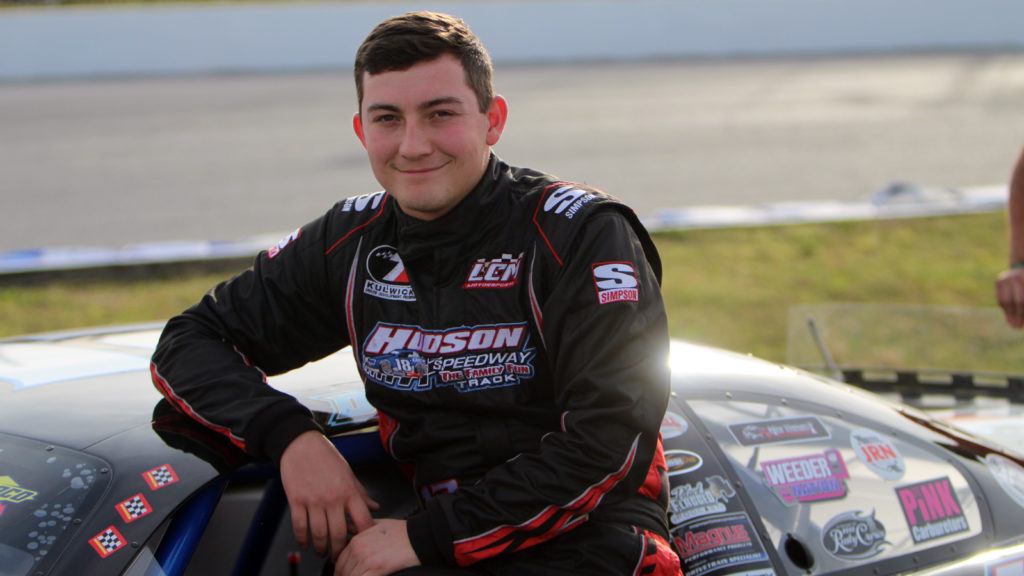 The New Hampshire native has posted three top-five and eight top-10 finishes across 10 ARCA Menards Racing Series starts the last two seasons. Griffith has also made three ARCA Menards Series East starts, picking up one pole, one top-five and two top-10 finishes. In his East Series debut at New Smyrna (Fla.) Speedway in 2020, he captured the pole and led a race-high 144 laps, before being relegated to a runner-up finish after falling back a spot on a late-race restart.

Griffith cut his racing teeth in the four-cylinder class at Hudson Speedway, a quarter-mile oval, located near his hometown, Nashua, N.H. He graduated to the Super Late Model Division at the track in 2012 and the New Englander has been on the rise ever since.  Griffith has been recognized with such prestigious honors as being part of the Kulwicki Driver Development Program (2018-2019) and being selected as the No. 1 top prospect in short-track racing by a panel of industry experts, racers, media members and more in the 2021 Speed51 Short Track Draft.

Behind the wheel of a Super Late Model Griffith has numerous wins, including back-to-back World Series of Asphalt Stock Car Racing championships at New Smyrna (Fla.) Speedway (2020-2021), a sweep of the PASS Easter Bunny 150s at Hickory (N.C.) Motor Speedway (2021), the Thompson Icebreaker 75 at Thompson (Conn.) Speedway and the Freedom 300 at Lee (N.H.) USA Speedway (2020).

“I’m unbelievably thankful to have my hometown track, Hudson Speedway, providing me one of the biggest pushes in my racing career coming onboard as a co-primary sponsor with JBL on the No. 51 Tundra for the Camping World Truck Series race at World Wide Technology Raceway,” Griffith said. “I have been going to races at Hudson Speedway my entire life and began racing there at the age of 12, so it has a very special place in my heart.

“While Kyle has built KBM into the best team in the history of the Truck Series, I know that he still holds Super Late Model racers around the country in high regard and he’s given guys like Erik Jones, Harrison Burton and Chandler Smith a chance to showcase their skills at the national series level. I’m thankful to Kyle, everyone at KBM and Toyota Racing Development for this once in a lifetime opportunity and I’m looking forward to making the best I can out of it.”

“Derek has proven himself as one of the top young talents in Super Late Model racing in recent years, has been very competitive in his limited ARCA opportunities and is deserving of the opportunity the chance to make a start in the Camping World Truck Series,” Busch said. “As a Super Late Model racer myself, I know that to win some of the races he’s been able to win the last few years, he’s had to beat some of the best drivers in the country. Many of those drivers have the talent to compete at the National Series level but never get the chance, so to be providing Derek with this opportunity is really special and I know that he’ll do a great job for us.”

“I am beyond thrilled to have the opportunity to help Derek Griffith race in the Camping World Truck Series,” said Ben Bosowski, owner of Hudson International Speedway. “As a small, local track it is a true honor to help a local Hudson Speedway native reach his potential in the world of racing. Derek is an amazing, passionate, and talented young driver who absolutely deserves this opportunity. I am very excited to help be a part of this next stage in his career. I wish Derek nothing but the absolute best. All of us at Hudson International Speedway are very much looking forward to cheering him on!”

JBL creates the amazing sound that shapes life’s most epic moments. From iconic events like Woodstock and concerts at Madison Square Garden, to games at Yankee Stadium and weekend road trips, JBL elevates listeners’ experiences with award-winning audio that lets them make the most of every moment. With unmatched professional credentials and over 70 years of delivering industry leading innovation, JBL is the authority in engineering superior sound.

Since debuting in 2010, Kyle Busch Motorsports (KBM) has quickly established itself as one of the most successful teams in all of NASCAR. Owned by two-time Cup Series champion Kyle Busch and fueled by his passion for winning, the organization holds the Camping World Truck Series records for most career wins (88) and most wins in a single season (14 in 2014). In addition to collecting a series-record seven Owner’s Championships, the organization has produced two championship-winning drivers: Erik Jones (2015) and Christopher Bell (2017).