Nemechek Takes Over Points Lead After Second-Place Finish at Knoxville 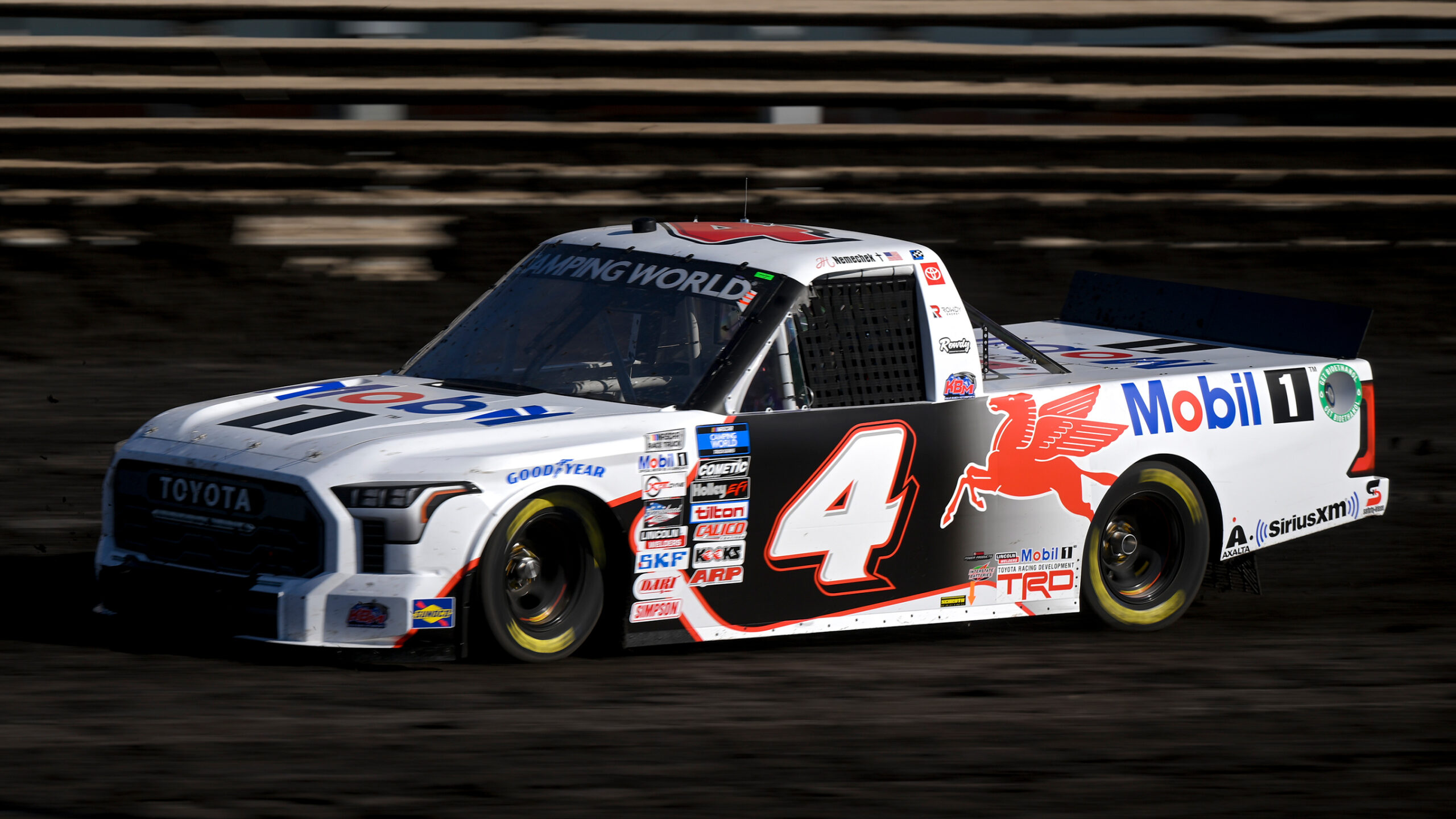 John Hunter Nemechek came into Saturday’s Clean Harbors 150 at Knoxville Raceway 14-points back of the lead and fourth in the standings. After securing 16-stage points and a runner-up finish, Nemechek jumped up into first and now holds a five-point lead with only three races remaining in the regular season.

Nemechek lined up for the 150-lap event in sixth and ran within the top-10 for the entirety of the race. After finishing third in each of the first two stages, Nemechek found himself in a battle for the lead with just over 25laps to go. On the final restart of the night, the second-generation driver lined up on the inside of the front row but was unable to gain control of the race before taking the checkered flag in second.

Nemechek jumped three spots in the Camping World Truck Series driver standings and now sits in first place with a five-point lead over the No. 38 of Zane Smith.

Nemechek and the No. 4 team turn their focus to Nashville (Tenn.) Superspeedway next weekend for the Rackley Roofing 200. Live coverage will be on FS1, Motor Racing Network, and SiriusXM at 8pm ET on Friday, June 24.