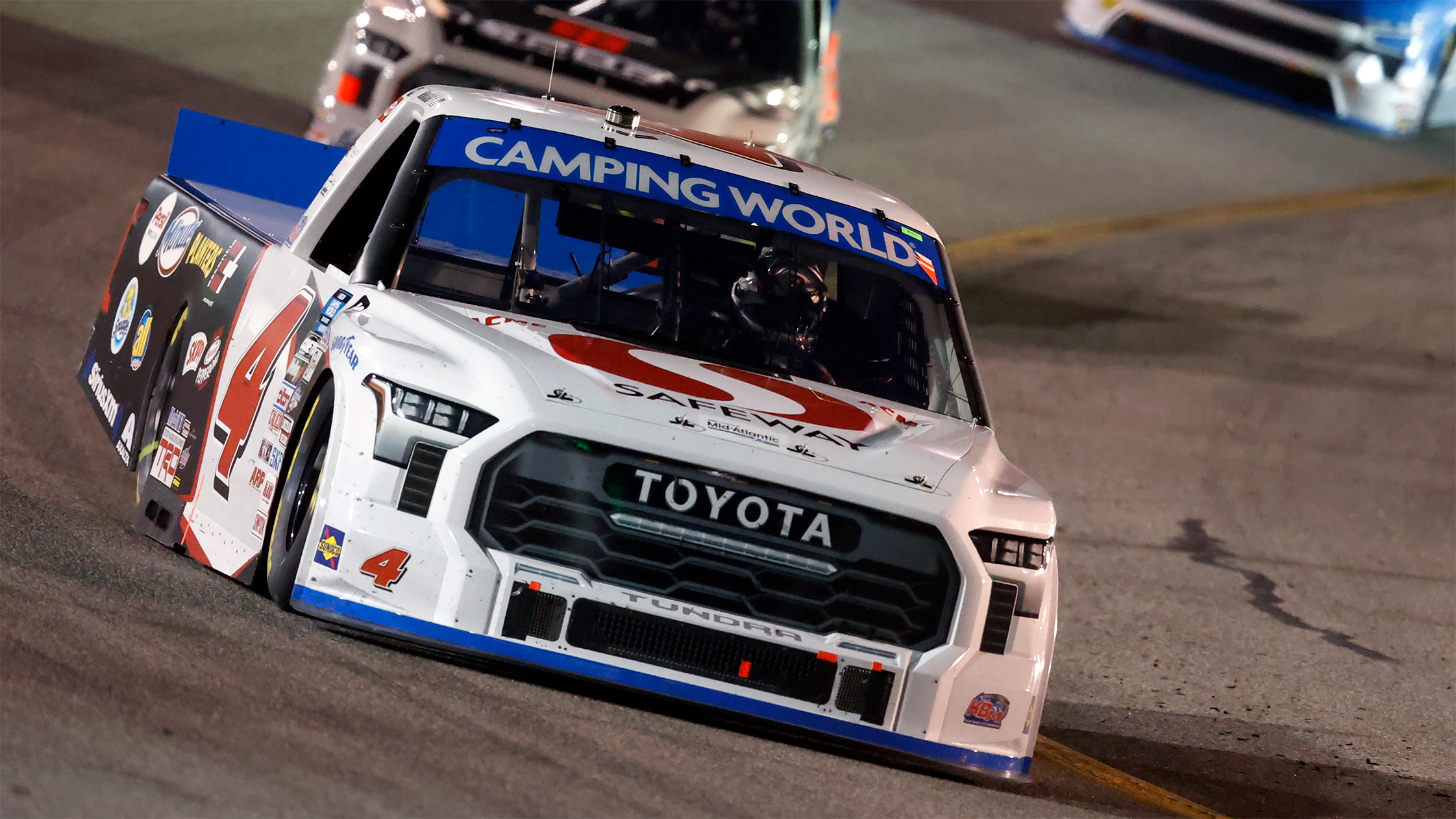 John Hunter Nemechek came into Richmond (Va.) Raceway looking to defend his 2021 victory at the 0.75-mile facility and punch his ticket to the Round of 8. After 250 laps, the second-generation driver came up one spot short and took the checkered flag in second, earning an additional 18 stage points along the way.

Coming into Richmond, Nemechek was 24 points above the cutoff line to advance to the Round of 8 but was able to extend that gap to 43 points with one race remaining in the Round of 10.

John Hunter Nemechek, driver of the No. 4 Safeway Tundra TRD Pro for KBM

What did you need to make a run at Chandler Smith for the win tonight?

“We didn’t adjust quite like we needed to from day to night. Partly on me so I’ll take that one. Overall, solid day for our Safeway Toyota Tundra TRD Pro. Thank you to all of our great partners that are on this Tundra TRD and everyone that helps out and keeps us going here. Just big picture racing I would say. Really good points day. Second, second and second for all three stages. Can’t complain about that, just one spot short. It’s good to be disappointed when you have a run like that with second, second and second. Really good points day, let’s go advance to the next round. Only thing that matters is getting to the final four in Phoenix to compete for a championship.”

What are you going to do in the three weeks before the Kansas race?

“Going to run two races for Sam Hunt Racing in the Toyota GR Supra. Excited to go stay in the seat and keep everything that I can sharp and go have some fun racing.”

After two races in the Camping World Truck Series playoffs, Nemechek increased his gap and now sits in fourth and is 43 points above the cutoff line to advance to the Round of 8.

John Hunter Nemechek and the No. 4 Mobil 1 team will be off for three weeks before heading to Kansas Speedway for the cutoff race in the Round of 10 on September 9. Live coverage of the Kansas Lottery 200 will be on Fs1, Motor Racing Network, and SiriusXM at 7:30pm ET.