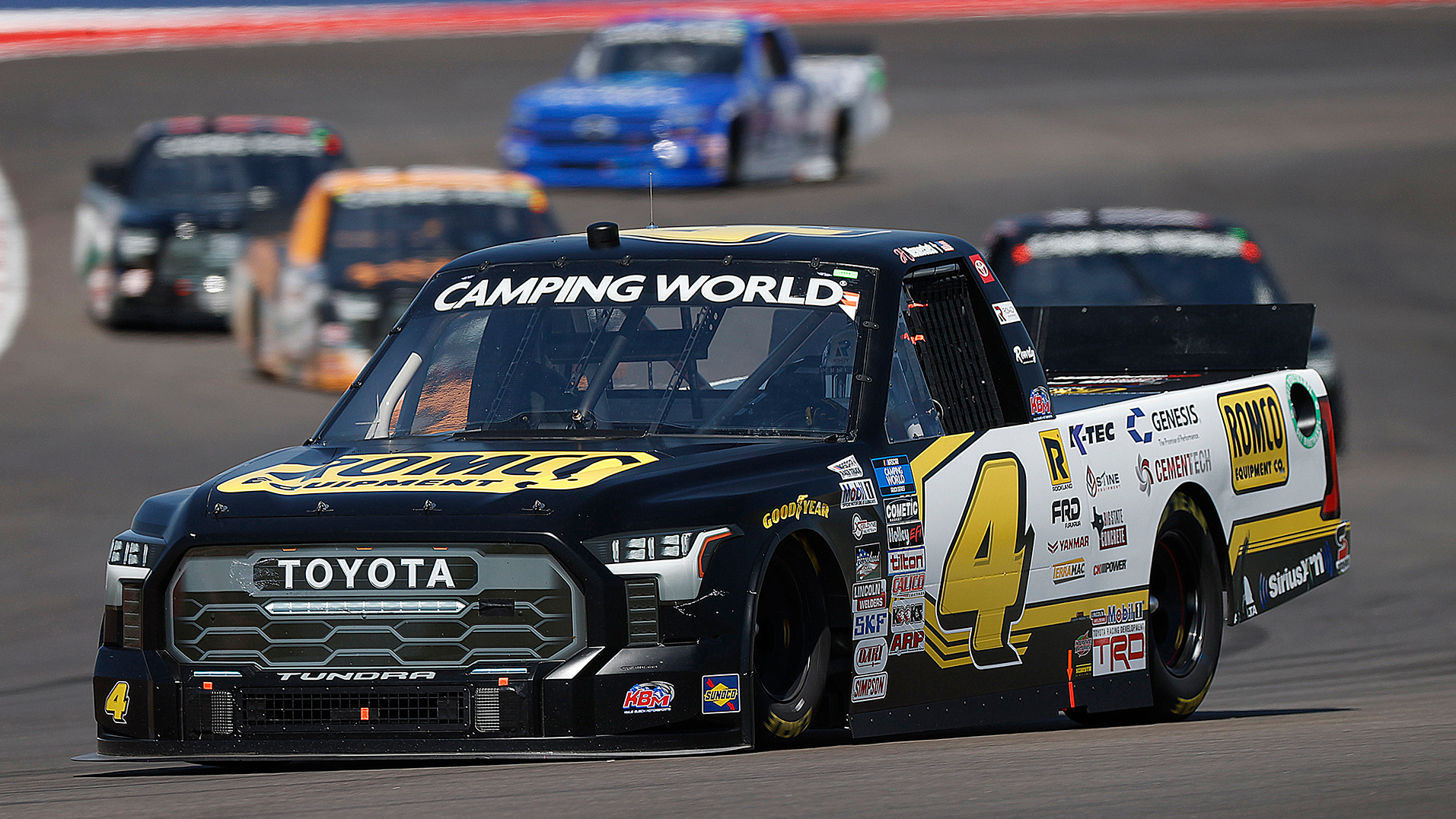 Despite being faced with adversity and sent to the rear of the field twice, John Hunter Nemechek and the No. 4 ROMCO team rebounded to score their first top-five of the 2022 campaign with a second-place finish at Circuit of the Americas.

Nemechek was scheduled to start Saturday’s 42-lap event in 11th before being sent to the rear for unapproved adjustments. It didn’t take long for the talented wheelman to make his way through the field in the first stage before electing to pit early before the stage break and forfeit stage points in exchange for track position later in the race.

During the middle stanza, Nemechek was spun out battling for the lead which forced him to bring his No. 4 Tundra TRD Pro down pit road for an unscheduled stop. During the stop, the No. 4 team was tagged for an uncontrolled tire penalty, forcing them to begin the final stage from the rear of the field.

After making his way through the field once again and taking advantage of mistakes by other drivers, Nemechek was able to wheel his ROMCO Tundra TRD Pro to a second-place finish, earning his first top-five of the season.

· Nemechek was scheduled to start 11th in Saturday’s XPEL 225 at Circuit of the Americas (COTA) but was forced to start at the rear of the field for changing a faulty oil pump belt.

· Despite starting in the rear, Nemechek quickly moved up the field as he was scored in 14th-place on the second lap.

· The second-generation driver made his way up to 11th before veteran crew chief Eric Phillips called for the No. 4 team to make a pit stop before the end of the stage.

· After getting four fresh tires and fuel, Nemechek went back out onto the track and finished the opening stanza scored in 20th.

John Hunter Nemechek, driver of the No. 4 ROMCO Tundra TRD Pro for KBM

Can you describe those closing laps and how good this run was for you?

“The season has been frustrating for sure. We never give up at KBM (Kyle Busch Motorsports). We never give up as an organization. I didn’t have the fastest truck today. We struggled most of the day. I got spun by Zane (Smith). I’m a little ticked off there. That’s two weeks in a row that we’ve got screwed by the 38. On to next week. I’m going to run the Richmond Xfinity race. Thanks to ROMCO Equipment, Toyota, everyone at KBM, TRD for all they do for us. Hopefully, we can keep this ship righted the right way and take this and carry the momentum. It’s way better finishing second than 24th, 25th, 24th in the first three. Still got a lot to go, a lot to learn and a lot to build on, but a long season ahead.”

Nemechek remains in eighth place and 55-points behind the leader in the Camping World Truck Series standings after the first four races of the season.

Nemechek and the No. 4 team will resume action as the NASCAR Camping World Truck Series heads to Martinsville (Va.) Speedway on April 7. Live coverage of the Blue-Emu Maximum Pain Relief 200 will be on FS1, Motor Racing Network and SiriusXM at 8 p.m. ET.