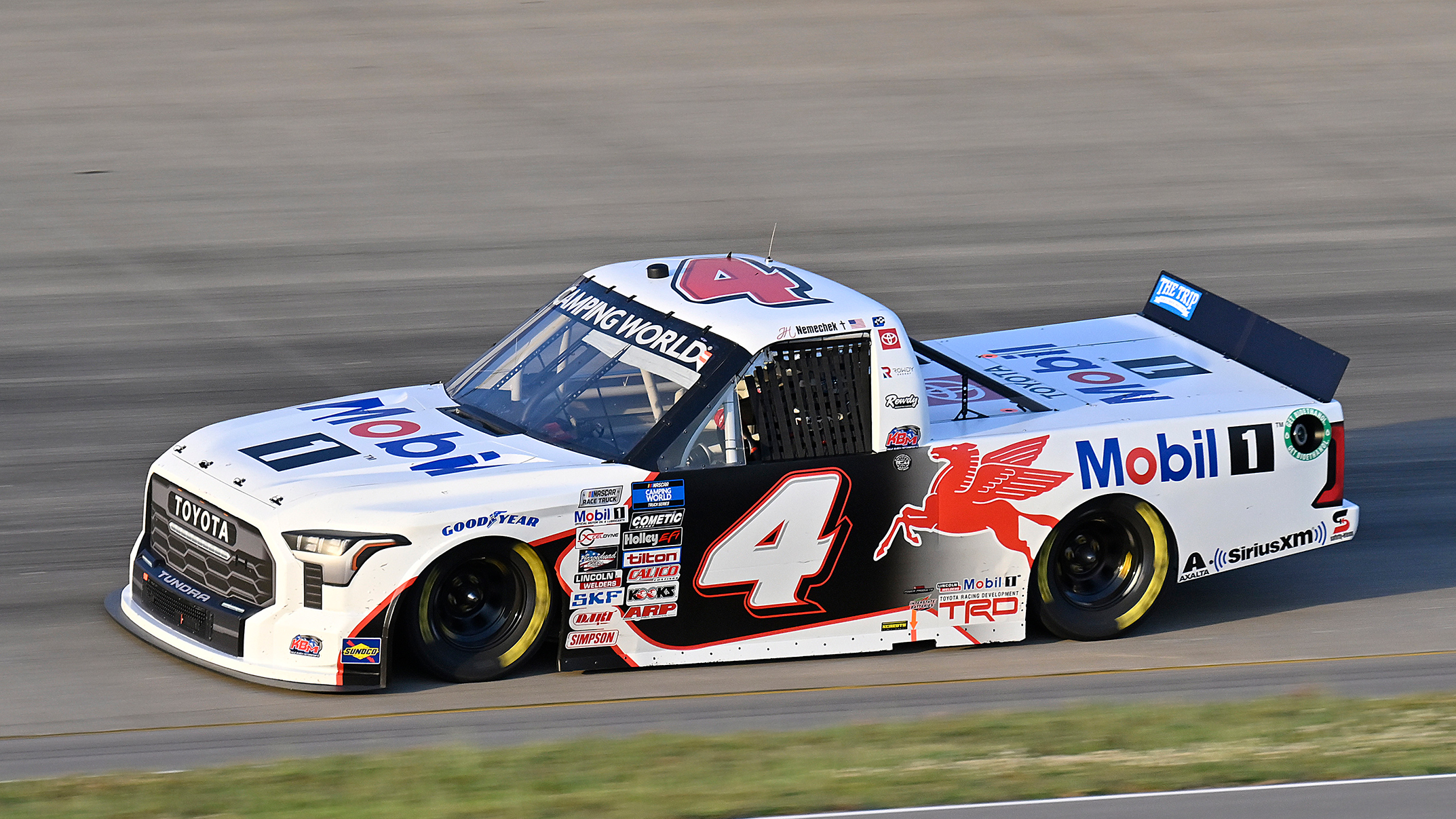 John Hunter Nemechek and the No. 4 team battled back through adversity on two separate occasions in Friday’s Rackley Roofing 200 at Nashville (Tenn.) Superspeedway to bring home a ninth-place finish.

Midway through the second stage, Nemechek was turned by the No. 42 of Carson Hocevar as the two were battling for position, forcing the No. 4 team to make two unscheduled pit stops under caution. Just after Nemechek worked his way back inside of the top-20 before the stage break, the No. 4 team experienced trouble on pit road and sent Nemechek back out on track to restart the final stage in 30th and one lap down.

With just 30 laps remaining, Nemechek was finally able to earn the free pass and get back on the lead lap. Over the course of the remaining 26 laps, Nemechek wheeled his Mobil 1 Tundra TRD Pro back into the top-10 to take the checkered flag in ninth.

What did you struggle with in your race tonight?

“We weren’t good to start. We weren’t good in practice, and we weren’t very good in qualifying. We just weren’t good all weekend. Just off on speed and couldn’t get my balance that I wanted correct. I found a racetrack that I suck at. This was my worst race last year and this year I’m not very good. I just have to figure out how to be better. I’m glad we only come here once. Just have to figure it out. Proud of all the guys at KBM (Kyle Busch Motorsports). Never gave up. We got spun. Went down a lap, got a lap back and restarted in the back multiple times and ended up coming home ninth. All in all, a solid day. Lost the points lead again, but we’re within striking distance for the last few weeks and I think we put more of a cushion between the 18 (Chandler Smith) and the 99 (Ben Rhodes) behind us. Hopefully, we can go cap off this regular season championship.”

Nemechek dropped one spot to second in the Camping World Truck Series driver standings and finds himself 21 points behind points leader Zane Smith with two races remaining in the regular season.

Nemechek and the No. 4 team will have one week off before returning to action on Saturday, July 9 at Mid-Ohio Sports Car Course in Lexington, Ohio. Live coverage will be on FS1, Motor Racing Network, and SiriusXM at 1:30 p.m. ET.