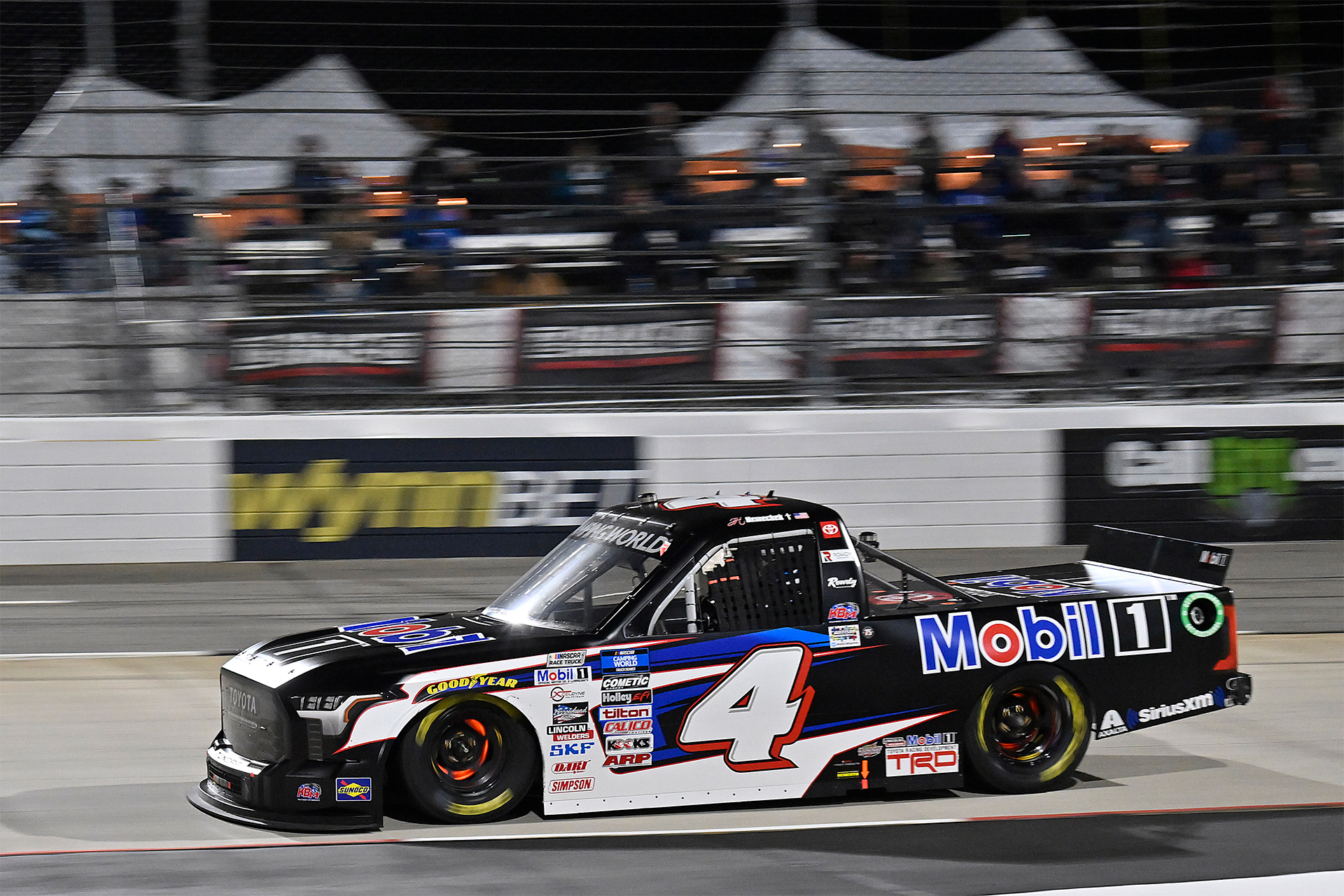 After picking up their first top-five finish of the 2022 NASCAR Truck Series season at Circuit of the Americas, John Hunter Nemechek and the No. 4 team followed it up with another strong performance at Martinsville (Va.) Speedway ending the event with a fourth-place finish.

Pit strategy for the No. 4 Mobil 1 team paid off as they were able to earn 13 stage points and move up three positions in the Camping World Truck Series driver standings. Nemechek now sits in fifth place, 44 points behind ThorSport Racing driver Ben Rhodes in first.

How was your race tonight and how was the race track surface?

“The track didn’t take any rubber tonight. Just was super slick. We missed the balance a little bit. But my guys worked hard. We made adjustments on it throughout the race. Didn’t know exactly which side we’re going to be — being way different than our teammates come in here. So it’s something new to try and keep moving forward. So it’s another solid finish for us way better than finished in 24th or 25th. Good points day. We did what we needed to do other than win the race. So solid day for the Mobil 1 Toyota Tundra TRD Pro and we’ll go to Bristol next week. I feel like we’re starting to build some momentum between the Truck series and the Xfinity series and having some good runs and good finishes so just have to keep it up.”

Nemechek and the No. 4 Mobil 1 team head to Bristol (Tenn.) Motor Speedway next week (4/16) for the second running of the Pinty’s Truck Race on Dirt. Live coverage will be on FS1, Motor Racing Network and SiriusXM at 8pm ET.