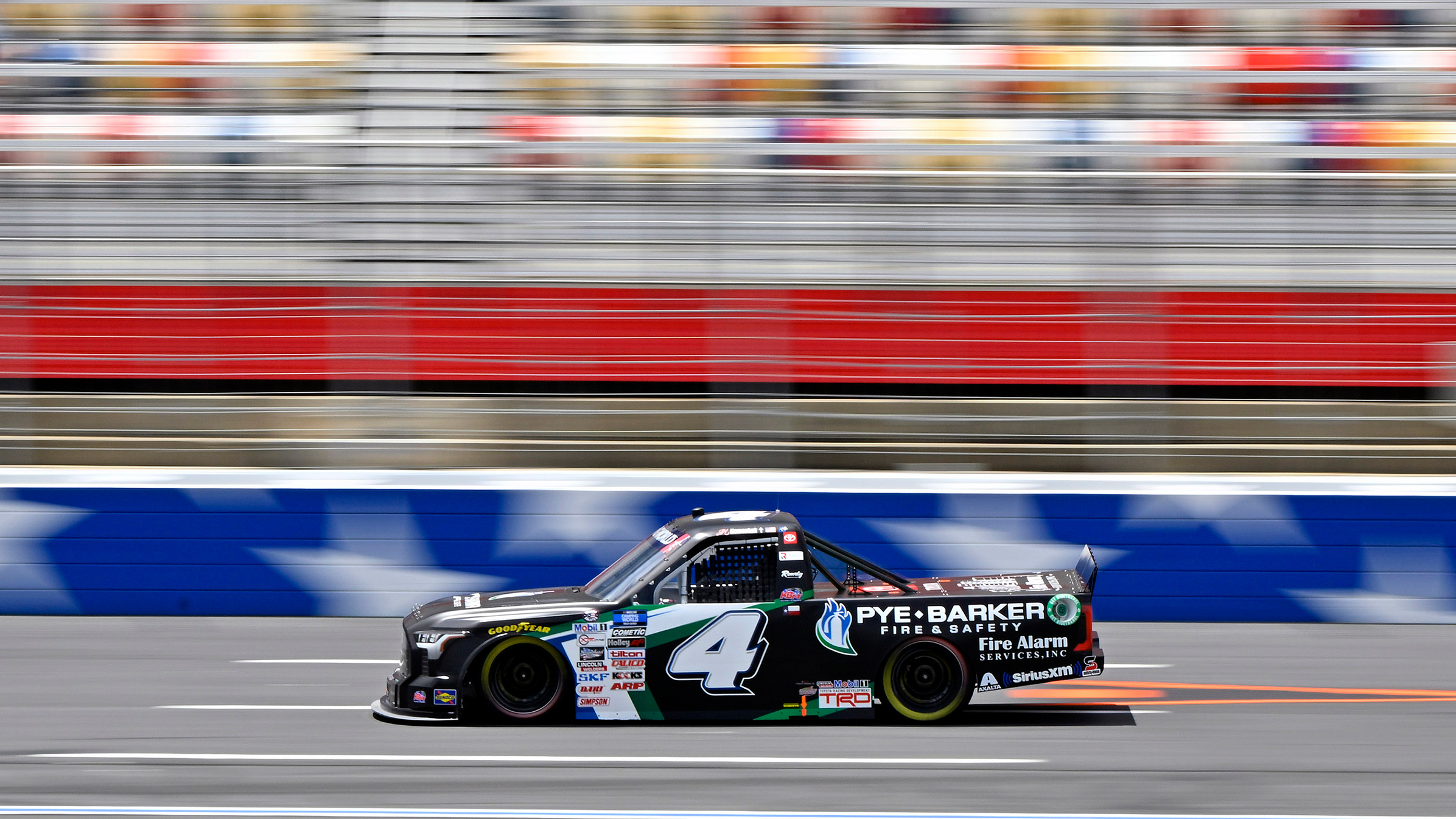 After qualifying 15th in Friday’s one lap qualifying session, Nemechek steadily progressed through the field during the 143-lap event, eventually making his way into the top-five during the Final Stage.

Nemechek was scored in third for the second attempt at NASCAR Overtime and as the field took the white flag, he made a dive to the inside to make a three wide pass for the lead on the exit of Turn 2 but was unable to hold off a late run from eventual race winner Ross Chastain, taking the checkered flag in third.

Can you take us through those last couple of laps and what else did you need?

“We weren’t very good all night. I’m just thankful for all of my guys on this No. 4 Pye-Barker, Fire Alarm Services Toyota Tundra TRD Pro. We never stopped working on it. We put ourselves in the ballpark and we were able to have a shot there at the end. We struggled all day, from the time that we unloaded. We have a little bit of work to do. I feel like we struggled the last couple of weeks, but proud of all of my guys. Proud of the effort they put in and excited to see where it goes. Just racking up top-fives.”

Nemechek maintains his spot in first in the Camping World Truck Series championship standings and has extended his lead to seven points over reigning champion Ben Rhodes.

Nemechek and the No. 4 team will turn their focus to World Wide Technology Raceway in Madison, Illinois next week. Live coverage of the Toyota 200 will be on FS1, Motor Racing Network and SiriusXM at 1:30pm ET.