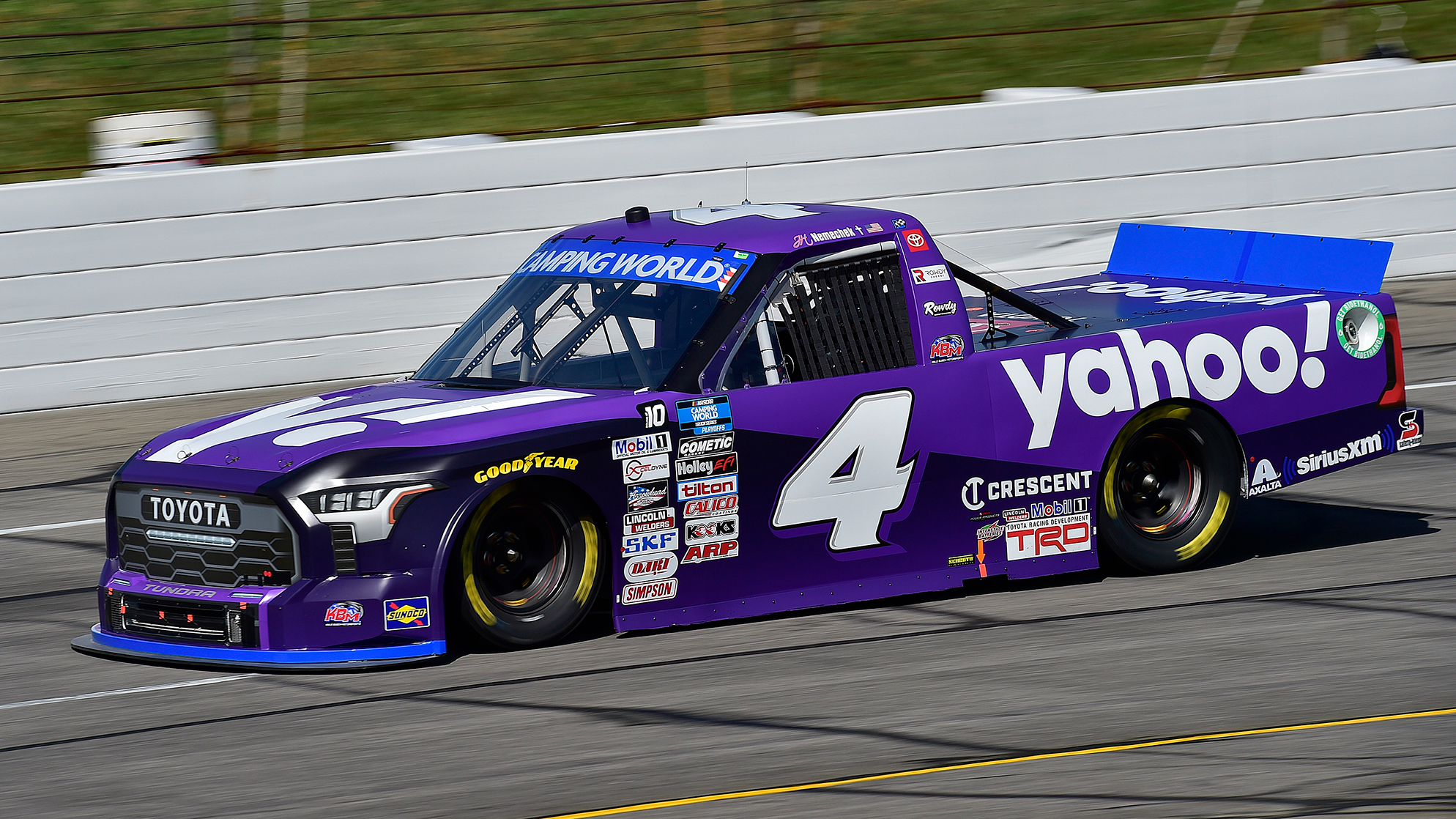 John Hunter Nemechek earned his fifth Cometic Gasket Pole award of the season for Friday’s playoff opener at Lucas Oil Indianapolis Raceway Park. Nemechek took control of the lead at the drop of the green flag and led all 60 laps of the opening stage in route to a Stage One win, earning 10 stage points and an additional playoff point.

Nemechek continued his run inside of the top-five throughout the second stage before getting loose underneath the lapped truck of Kris Wright, sending him spinning late in the stage. The second-generation was able to rebound and was in contention for the win as he lined up in first for NASCAR overtime. When the field took the white flag for the overtime restart, Nemechek was shoved into the outside wall on the exit of Turn 2 by the No. 38 of Zane Smith and fell back to 10th where he took the checkered flag.

Nemechek and the No. 4 team are now in a tie for fifth in the Truck Series playoff grid and sit 24 tallies above the cutoff line for advancing to the Round of 8.

John Hunter Nemechek, driver of the No. 4 Yahoo! Tundra TRD Pro for KBM

What were those conversations you were having with the 17 (Taylor Gray) team?

“Those were private, but it is what it is. I had a really fast Yahoo Toyota Tundra TRD Pro tonight. Sometimes you are the bug and sometimes you are the windshield. We were the bug tonight. I made a mistake early on and spun myself. Then, we had a restart there at the end on older tires -everyone had fresher tires – I tried driving down the bottom of (turn) three underneath the 17 (Taylor Gray) and it just kept sliding. I accidently got into his left rear – tried to stay off of him. That team has their opinion, I have my opinion. I’m sure we will talk at some point. The final restart I had a really good jump. I thought we were going to have a shot there and then we got run in the fence by the 38 (Zane Smith). That’s a couple of times that he has ran me in the fence. I’m taking notes. Solid points day for us. I don’t know where that puts us above the cut line, but we’ve got some really good tracks coming up for us. Proud of everyone at KBM (Kyle Busch Motorsports). Thank you to Yahoo, Toyota, TRD, everyone that gives me this opportunity. Let’s go win a championship.”

After the first race in the Round of 10, Nemechek and the No. 4 team find themselves in a tie for fifth with KBM teammate Chandler Smith in the Camping World Truck series playoff grid. They currently sit 24 tallies above the cutoff line to advance to the Round of 8.

The No. 4 Safeway team turns their focus to Richmond (Va.) Raceway when Camping World Truck Series action returns on Saturday, August 13. Live coverage of the Worldwide Express 250 will be on FS1, Motor Racing Network, and SiriusXM at 8pm ET.