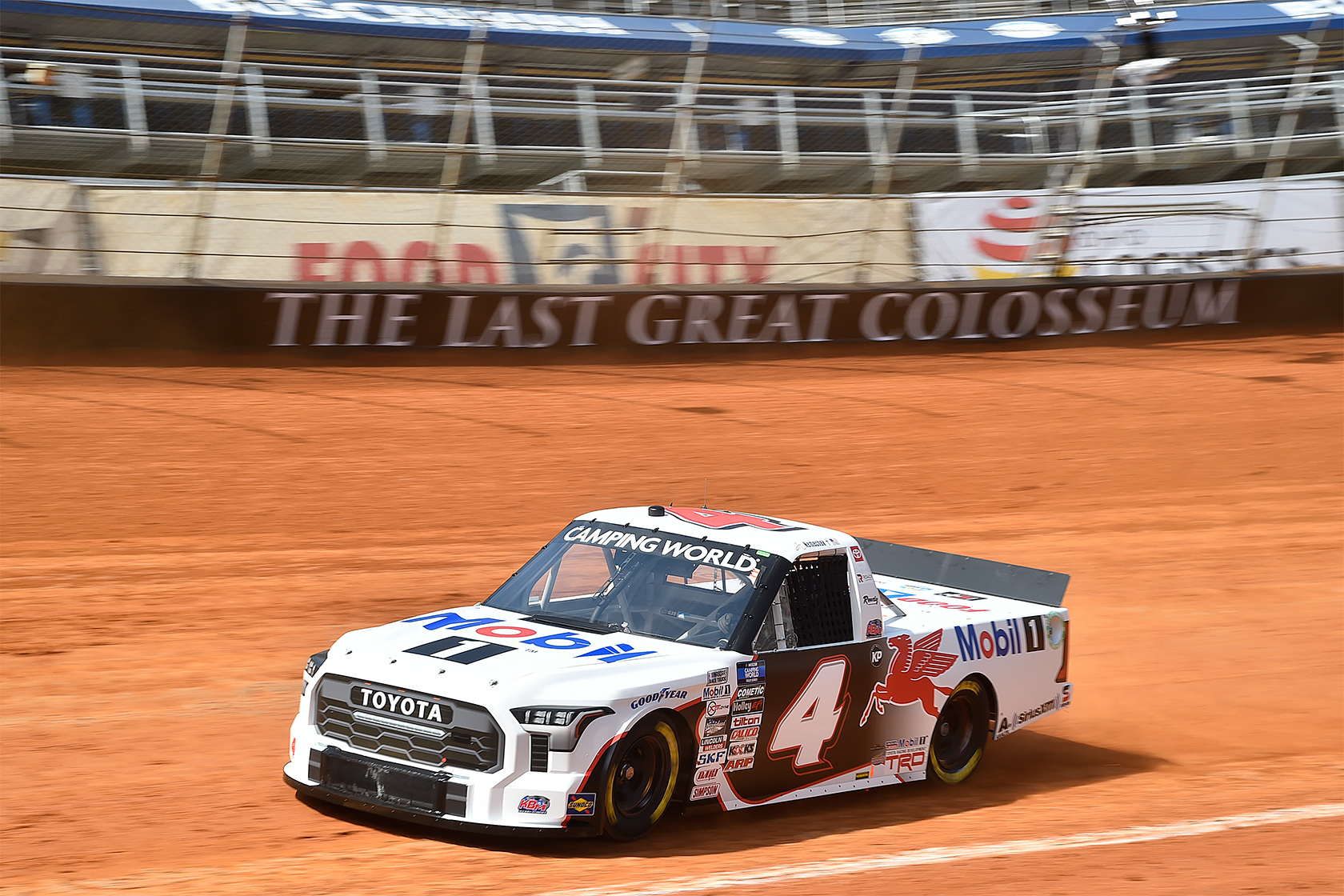 John Hunter Nemechek came from the 18th starting position to put the Mobil 1 Tundra TRD Pro in contention for the win the Pinty’s Truck Race on Dirt at Bristol Motor Speedway Saturday night. The Toyota Racing driver battled for the lead with Carson Hocevar for much of the final stage until a late caution came out with 10 laps remaining. As the field went back green with five laps remaining, Nemechek was lined up on the inside of Hocevar but was unable to take over the lead, ultimately finishing in the race in third.

After disappointing results in the first three races of the 2022 season, Nemechek has rebounded by posting three straight top-five finishes.

Solid finish. How was the finish from your perspective?

“Solid night for our Mobil 1 Toyota Tundra TRD Pro. We worked really hard over the off season to make the dirt program better. I feel like we were successful in doing that. I felt like we had one of the better trucks in practice. We needed the racetrack to dry slick off and it definitely did that – just didn’t quite have enough to get past the 42 (Carson Hocevar) and the 99 (Ben Rhodes) there. They were a little bit better than us. We will go back to work, but solid points day. Solid finish for our No. 4 Toyota Tundra TRD KBM (Kyle Busch Motorsports) team. Looking forward to the next few weeks and just trying to build on the recent finishes that we had after the start of the year.”

Nemechek remains in fifth through the first six races of the NASCAR Truck Series season. He sits 62 tallies behind ThorSport Racing driver Ben Rhodes in first.

Nemechek and the No. 4 team will have a two week break until the NASCAR Truck Series returns to action on May 6 at Darlington (S.C.) Raceway. Live coverage will be on FS1, Motor Racing Network and SiriusXM at 7:30pm ET.