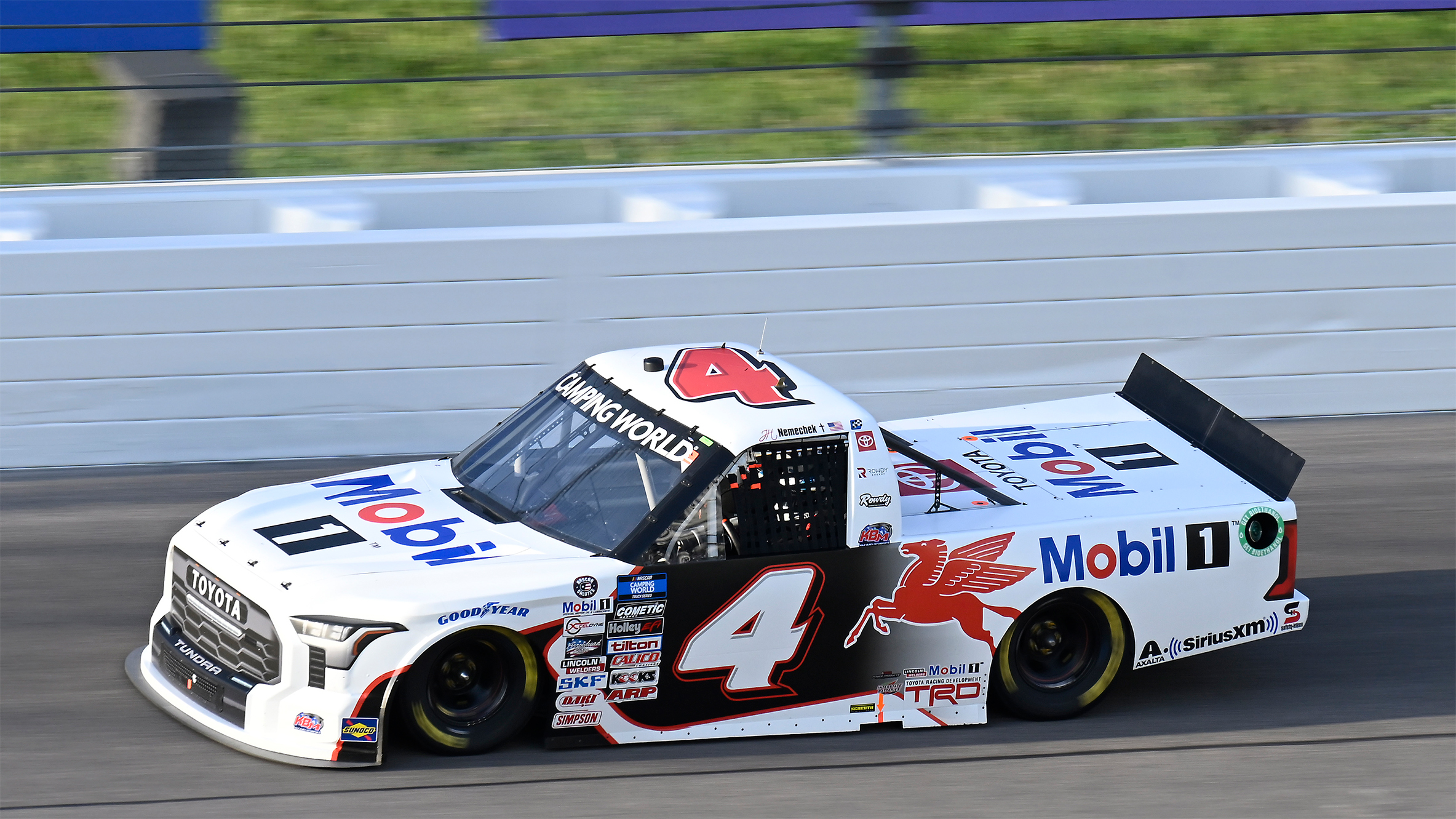 John Hunter Nemechek earned the pole for the second straight week, putting down a lap time of 30.570 seconds in Saturday’s qualifying session at Kansas Speedway. The talented wheelman competed within the top five for the first 60 laps of the race before restarting the Final Stage of the night in seventh.

On the restart, Nemechek powered his Mobil 1 Tundra up to third and was running in second before the final caution of the night came out on Lap 123. Nemechek lined up on the outside lane for what would be the final restart of the night but was unable to fire off strong and fell back to sixth where he would take the checkered flag.

It came down to that final restart. What happened?

“Spun the tires, didn’t get a good push from behind. It’s on me. I spun the tires and that was pretty much it. I had a decently fast Mobil 1 Toyota Tundra TRD Pro tonight. We missed it. The 38 (Zane Smith) had the dominant truck. He should have won the race. I feel like we should have finished second or third. We’ve got to work on restarts and come back. We know what we need to do here coming back for the Playoff race. We just debriefed right there. Proud of my guys – proud of the effort. I’m still on a top-six streak here, so we just have to continue on.”

Nemechek maintained the second position in the Camping World Truck Series championship standings and cut his deficit from 30 points down to 20 behind reigning champion Ben Rhodes.

Nemechek and the No. 4 team head to Texas Motor Speedway next Friday, May 20 for the SpeedyCash.com 200. Live coverage will be on FS1, Motor Racing Network and SiriusXM at 8:30pm ET.