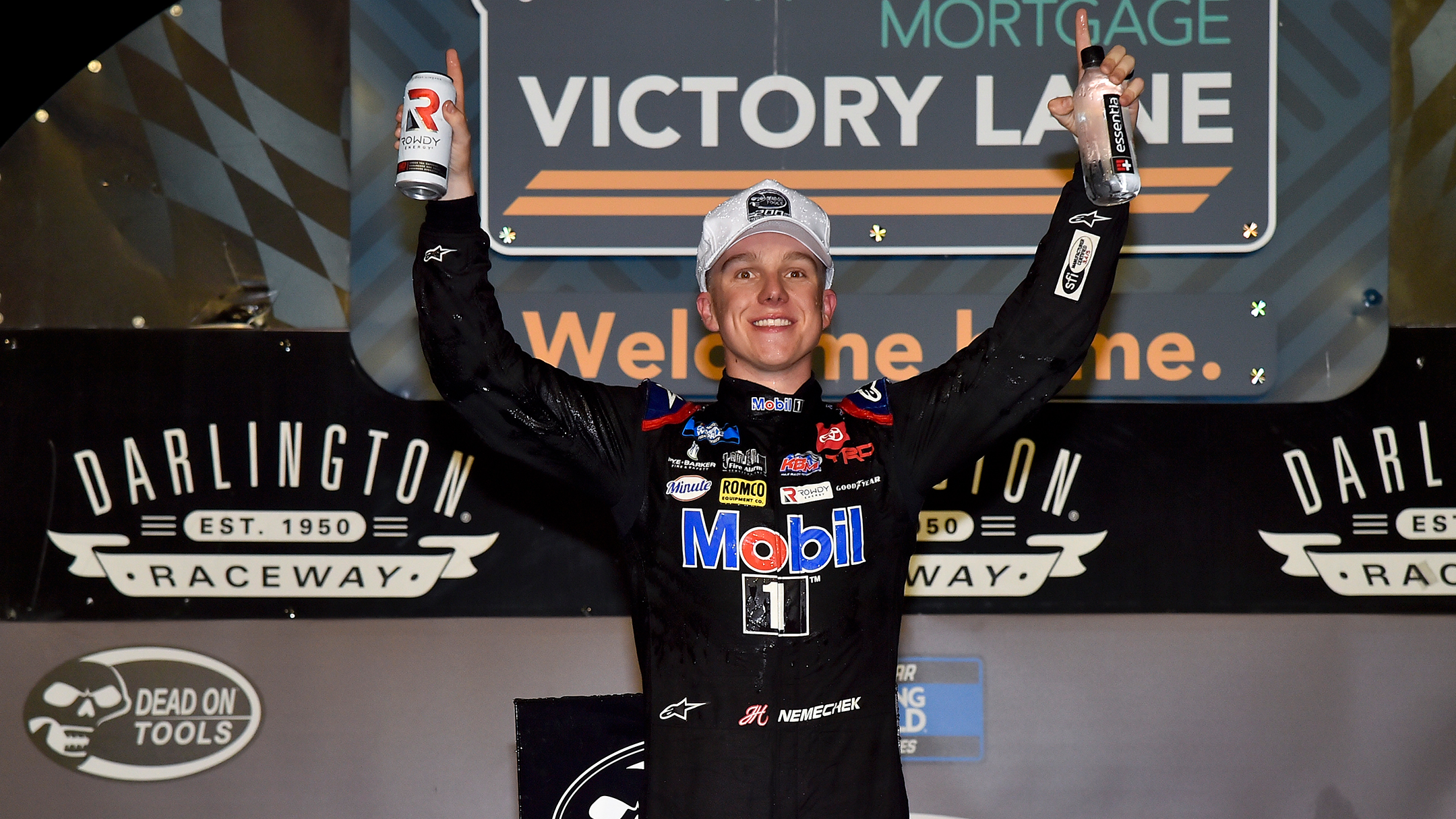 John Hunter Nemechek came back to Kyle Busch Motorsports in 2022 to continue winning races and did just that Friday night, picking up his first win of the season at Darlington (S.C.) Raceway in the Dead on Tools 200.

Nemechek and the No. 4 team showed speed right off the hauler, topping the charts in practice and earning the pole with a lap time of 28.719 in Friday’s qualifying session.

How does it feel to get your first win of the season and first at Darlington Raceway?

“Huge shout out to all the guys that work on this No. 4 KBM (Kyle Busch Motorsports) Mobil 1 Toyota Tundra TRD PRO, just Mobil 1 and everyone that puts their heart and soul into what’s going on — this is huge. Just thank you to everyone. Thank you to the fans. This place is packed. Awesome crowd. I thought we gave it away early honestly and we’re able to rebound and battle back so it’s cool. Aspen (daughter) I think is sleeping so hopefully Taylor (wife) gets her up and brings her to victory lane so we can celebrate. Learned a lot tonight and was finally able to bring home the first one of the year. I’m just thankful for the opportunity I have from Kyle (Busch, team owner), Toyota and TRD (Toyota Racing Development) for putting me in this truck. Let’s go celebrate.”

Nemechek and the No. 4 team will look to keep their momentum rolling next week as the NASCAR Truck Series heads to Kansas Speedway on May 14. Live coverage will be on FS1, Motor Racing Network and SiriusXM at 8pm ET.