Nemechek Closes Out Regular Season with Third-Place Finish at Pocono 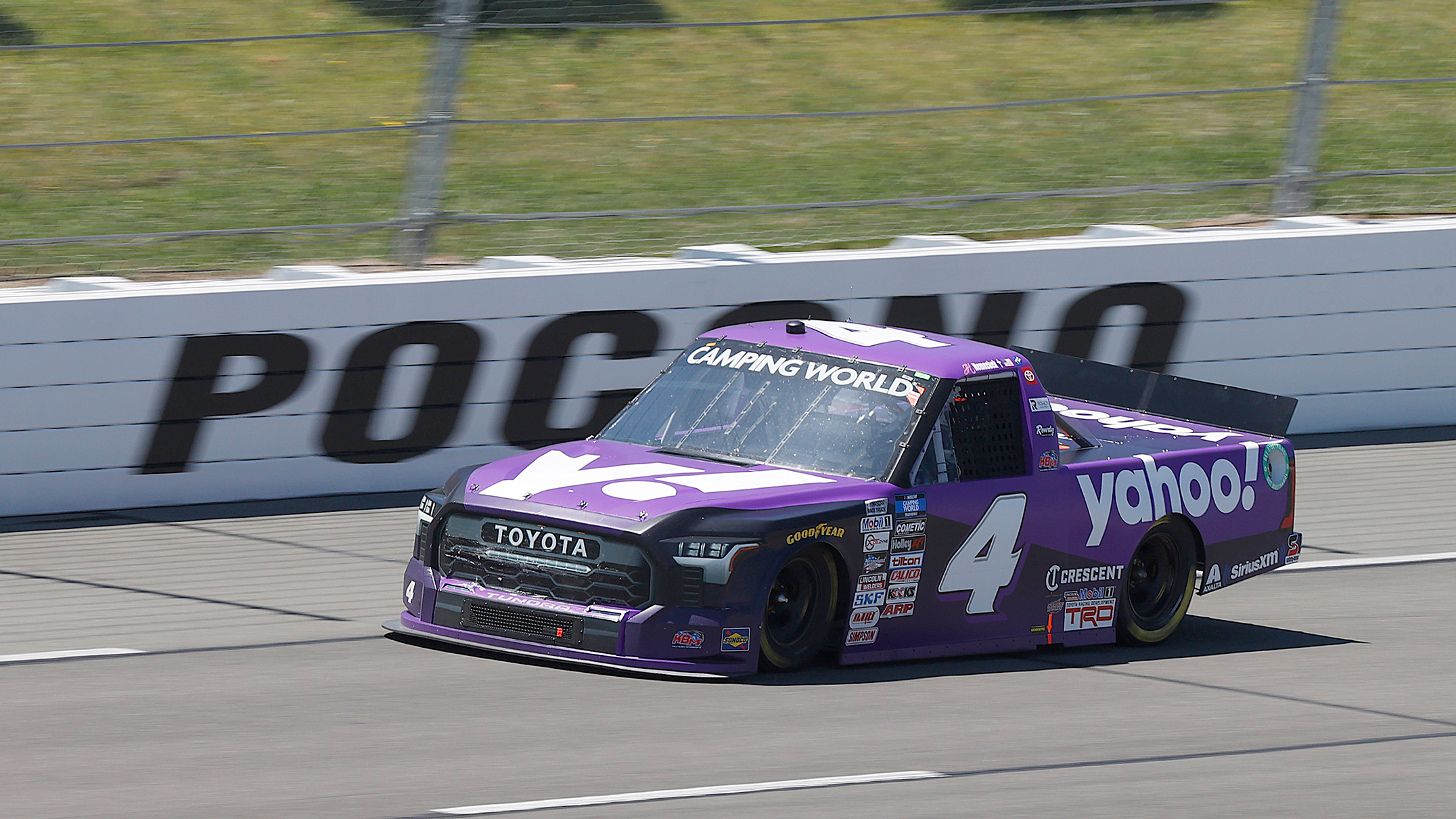 Having already locked himself into the playoffs with a win earlier this season at Darlington (S.C.) Raceway, John Hunter Nemechek came into the regular season finale at Pocono (Pa.) Raceway looking for a strong run and to build momentum for the playoffs. After starting in 12th per NASCAR’s performance matrix system, the second-generation driver earned 11 stage points in route to a third-place finish at ‘The Tricky Triangle’.

When the Truck Series playoffs start next week at Lucas Oil Indianapolis Raceway Park, Nemechek will be the fourth seed and 14 points above the cutoff line to advance to the Round of 8.

John Hunter Nemechek, driver of the No. 4 Yahoo! Tundra TRD Pro for KBM

How tough was the battle in the closing laps with your teammate Corey Heim and what did you tell him post-race?

“Just talked about our race and what went on with his truck and my truck and things like that. Overall, a solid day for our Yahoo Toyota Tundra TRD Pro. Thank you to Yahoo, thank you to Toyota, TRD, Kyle (Busch, team owner) and everybody at KBM. All my crew guys put a lot of work into it. We tried and we gave it a shot. Just didn’t have track position all day and it ended up hurting us at the end. Overall, solid third place after driving back through the field and there weren’t many who could do that so proud of the guys, proud of the truck and it’s time to peak and go win a championship.”

Nemechek and the No. 4 team finished the regular season third in the Camping World Truck Series standings and will start the playoffs in the fourth seed. With the points reset, Nemechek will open the playoffs 14 points above the cutoff line for advancing to the Round of 8.

The No. 4 Yahoo! team will head to Lucas Oil Indianapolis Raceway Park as the Camping World Truck Series opens the playoffs on July 29. Live coverage of the TSport 200 will be on FS1, Motor Racing Network, and SiriusXM at 9pm ET.