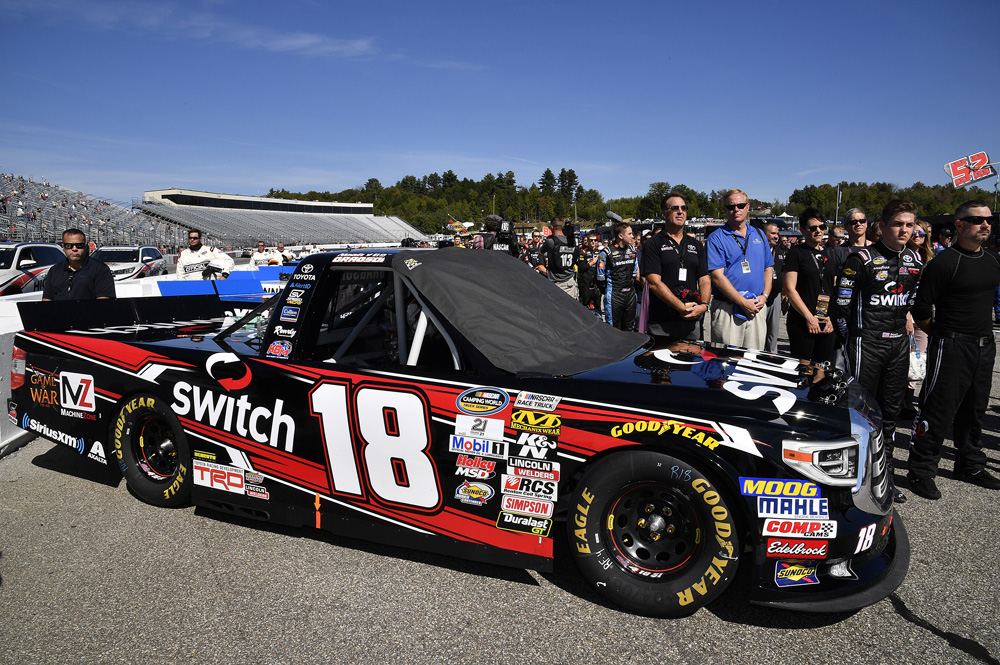 Noah Gragson did not really know what to expect when he got to New Hampshire Motor Speedway on Friday morning. Despite running one race there last year in the NASCAR K&N Pro Series East, the track was very different this time with the addition of a resin which gave the bottom and middle lanes more grip. It did not take him long to figure it out since he was fastest in the first practice and won his third pole of the season. After leading the majority of Stage One, he received damage to the No. 18 Switch Tundra in Stage Two, which resulted in a very tight condition and a 15th-place finish. 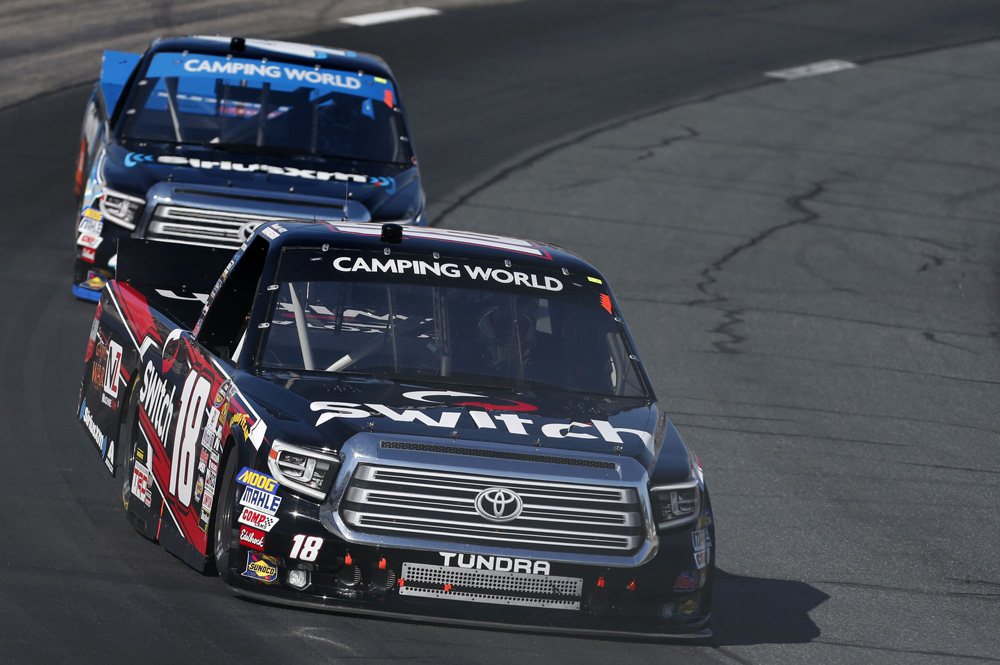 Stage One Recap:
• Starting from the pole, Gragson jumped out to lead the first 24 laps. Eventually his KBM teammate, Christopher Bell, caught him and the two battled for the lead for several laps. Gragson led 40 of the stage’s 55 laps, but finished third when the first stage ended.

Stage Two Recap:
• After pitting for four tires and a wedge adjustment on lap 57, Gragson started Stage Two in fourth place since the first two trucks only took two tires. As he fought to get back up front, he lost grip in turn four on lap 64 and spun. Unfortunately, he spun down into the right-side door of Johnny Sauter causing a decent amount of damage to his left-front nose and splitter. Gragson pitted several times for repairs while remaining on the lead lap. Since the handling of the Switch Tundra was still poor, he lost a lap to the leaders on lap 100. He ended Stage Two in 16th, one lap down.

Stage Three Recap:
• Never one to give up, Gragson put himself in position to get his lap back when a caution came for debris on lap126. He was able to pit for more adjustments and returned to the race 15th on the lead lap. Still unable to match the speed of the leaders, he was put a lap down again in the closing laps and finished the race in 15th place. 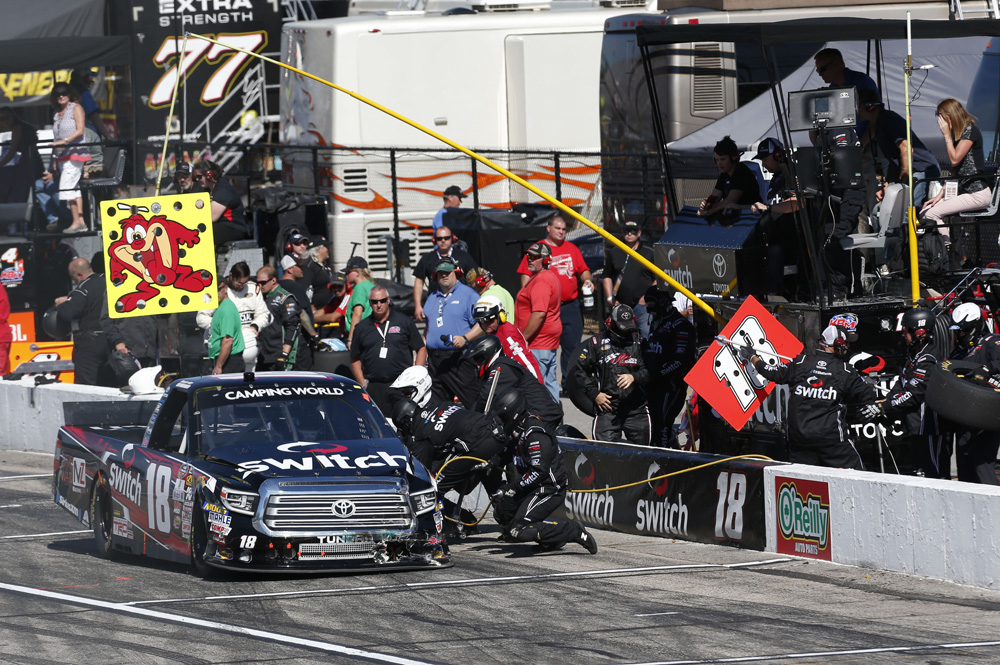 Talk about your race?
“We had a really fast Switch Tundra today. I’m disappointed we didn’t get the finish we deserved, but at the same time I’m really excited for the remaining races this season because our Tundras are so good and I’m learning with every race. It felt good to lead all those laps in the first stage and we had a truck that was able to contend with Christopher (Bell) who went on to win. If we didn’t have the damage to the left front of the truck, I really think we could have been fighting for the win at the end.”

• The race featured five cautions for a total of 24 laps. There were eight lead changes among five drivers. Bell lead a race-high 73 laps, while Gragson led 40 laps.

The Truck Series returns to action next weekend on Saturday, September 30 in Gragson’s hometown at Las Vegas Motor Speedway. Live coverage of the race begins with the NCWTS Setup Show at 7:30 p.m. ET on Fox Sports 1.