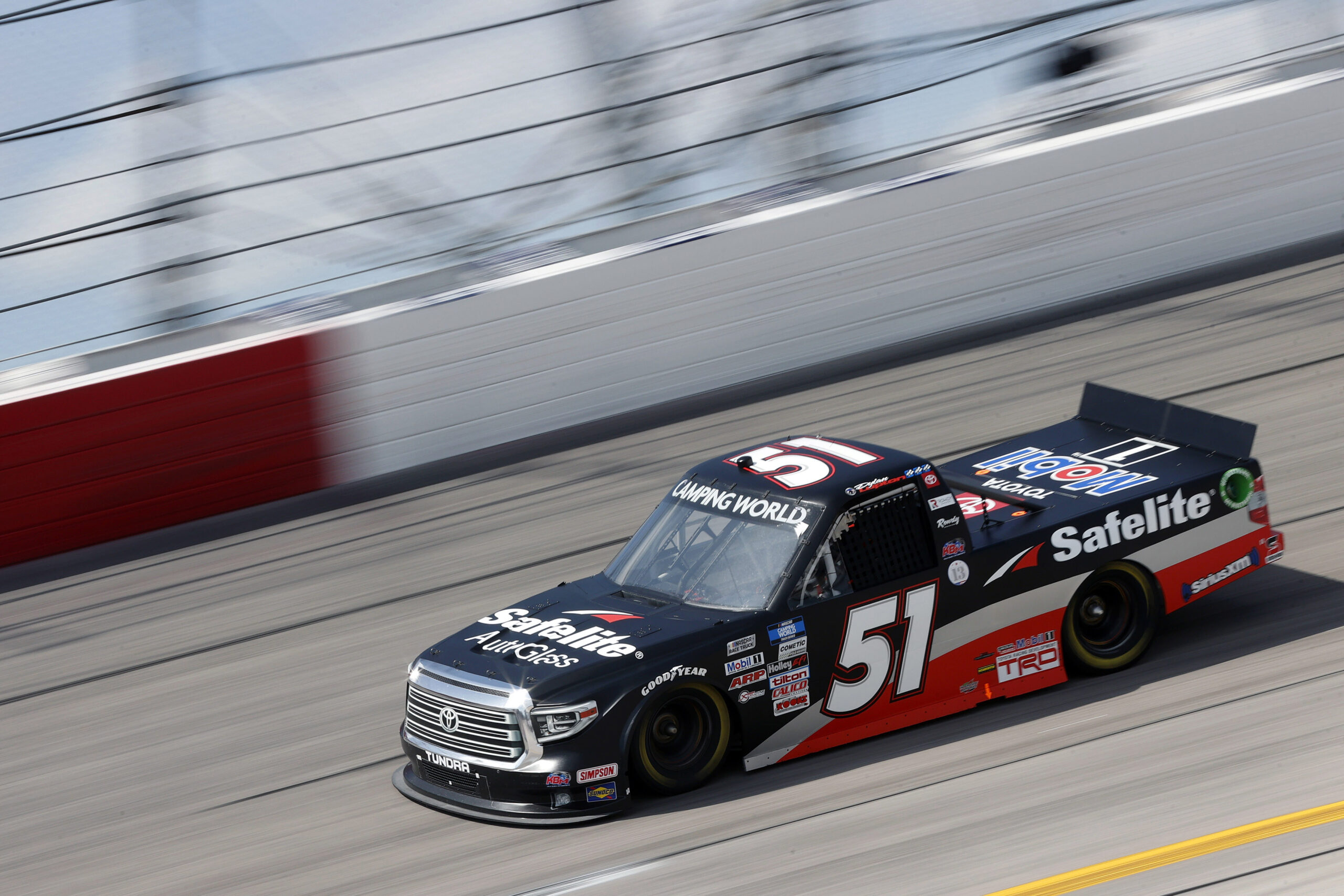 Dylan Lupton made his first NASCAR Camping World Truck Series start of 2021 Sunday afternoon at Darlington Raceway in the No. 51 Safelite Toyota Tundra.

After battling in the top-10 for the first part of the opening stage, Lupton was fighting with the No. 51 Tundra as it became loose in the turns as the stage went on.

During the second stage, Lupton communicated that something broke on his Tundra before making hard contact with the outside wall on lap 88, forcing him to bring the No. 51 Tundra down pit road for an unscheduled pit stop. This would set the No. 51 team back four laps for the remainder of the race and relegate the 27-year-old driver to a disappointing 31st place finish.

Just two races into the NASCAR playoffs, the No. 51 team now sits in 10th place in the owner’s championship standings with 2023. The No. 51 is currently 35 points behind the cut line heading into the final race of the Round of 8.

Drew Dollar will be behind the wheel of the No. 51 Sunbelt Rentals Tundra when the No. 51 team looks to keep their playoff hopes alive as the NASCAR Camping World Truck Series wraps up the Round of 10 at Bristol (Tenn.) Motor Speedway on Sept. 16. Live coverage will be on FS1, Motor Racing Network and SiriusXM at 9 p.m. ET.