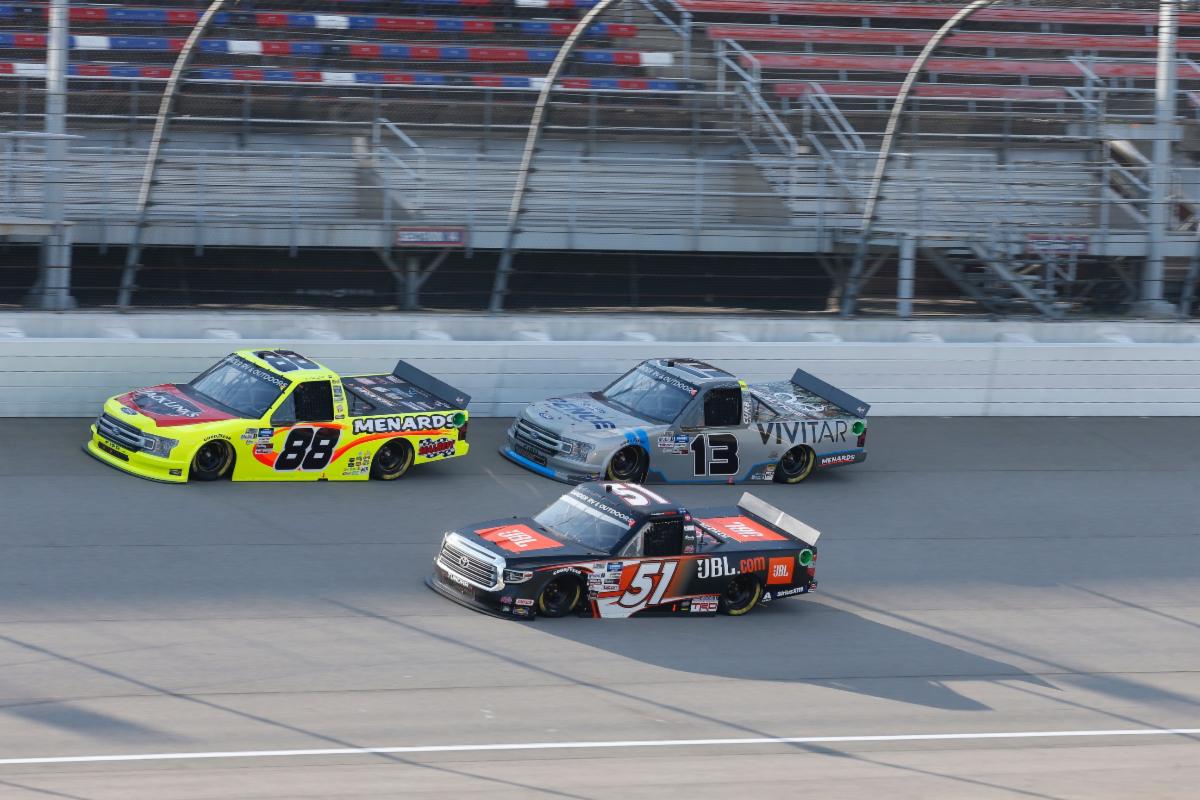 Chandler Smith started on the pole in Friday evening’s NASCAR Gander RV & Outdoors Series event at Michigan International Speedway but after being involved in a mid-race accident ended the night with a disappointing 38th-place finish in his second start of the season.

The No. 51 team sits second in the Gander Trucks owner’s championship standings, After 11 events, including four victories, they trail the No. 18 team by 32 points.