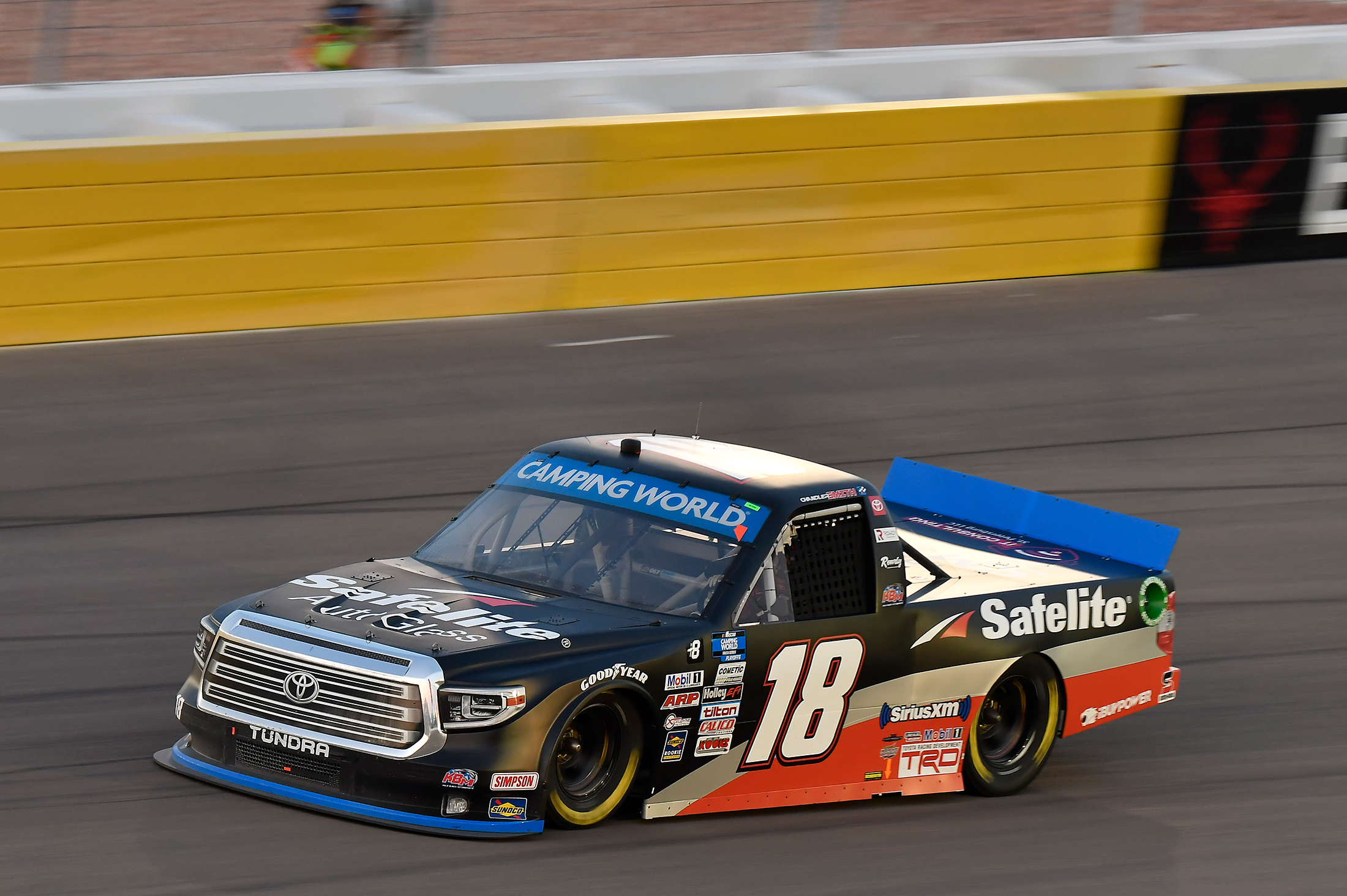 Chandler Smith had a fast Safelite AutoGlass Tundra in the early part of Friday’s Victoria’s Voice 200 at Las Vegas Motor Speedway, finishing third in the opening stage and 10th in Stage Two, but early in the Final Stage couldn’t avoid a truck that had spun in front of him. After caroming off that truck and sliding down the track, his Tundra was struck by another competitor, leaving the Safelite Tundra mangled and unable to continue.

After being relegated to a 35th-place finish, Smith leaves the first race in the Round of 8 eighth on the playoff grid. The 19-year-old driver is 24 points below the cutoff line for advancing to the Championship 4 with two races remaining in the round.

Are you okay and what happened?

“Yeah, I’m all good. Tyler (Ankrum) got loose up at the top. He got completely sideways. Some tracks like this I’ve got experience with, they come back down the race track and take a good portion of the field with them. My spotter told me to go low. I should have listened to him. It’s completely my fault. I went high. I went with my gut, and bit the bullet for it. It is what it is. It’s a heartbreaker. We had really good momentum. We had a really fast Safelite Toyota Tundra tonight. Got in front of all of the guys who had tires except for one, and we would have been set pretty good there. Disappointed in myself.”

After the first race in the Round of 8, Smith sits eighth on the playoff grid, 24 points below the cutoff line for advancing to the Championship 4 with two race remaining.

Smith will be back behind the wheel of the No. 18 Safelite AutoGlass Tundra when the NASCAR Camping World Truck Series resumes action Saturday, Oct. 2 at Talladega (Ala.) Superspeedway. Live coverage of the event will be on FS1, Motor Racing Network and SiriusXM at 1 p.m. ET.