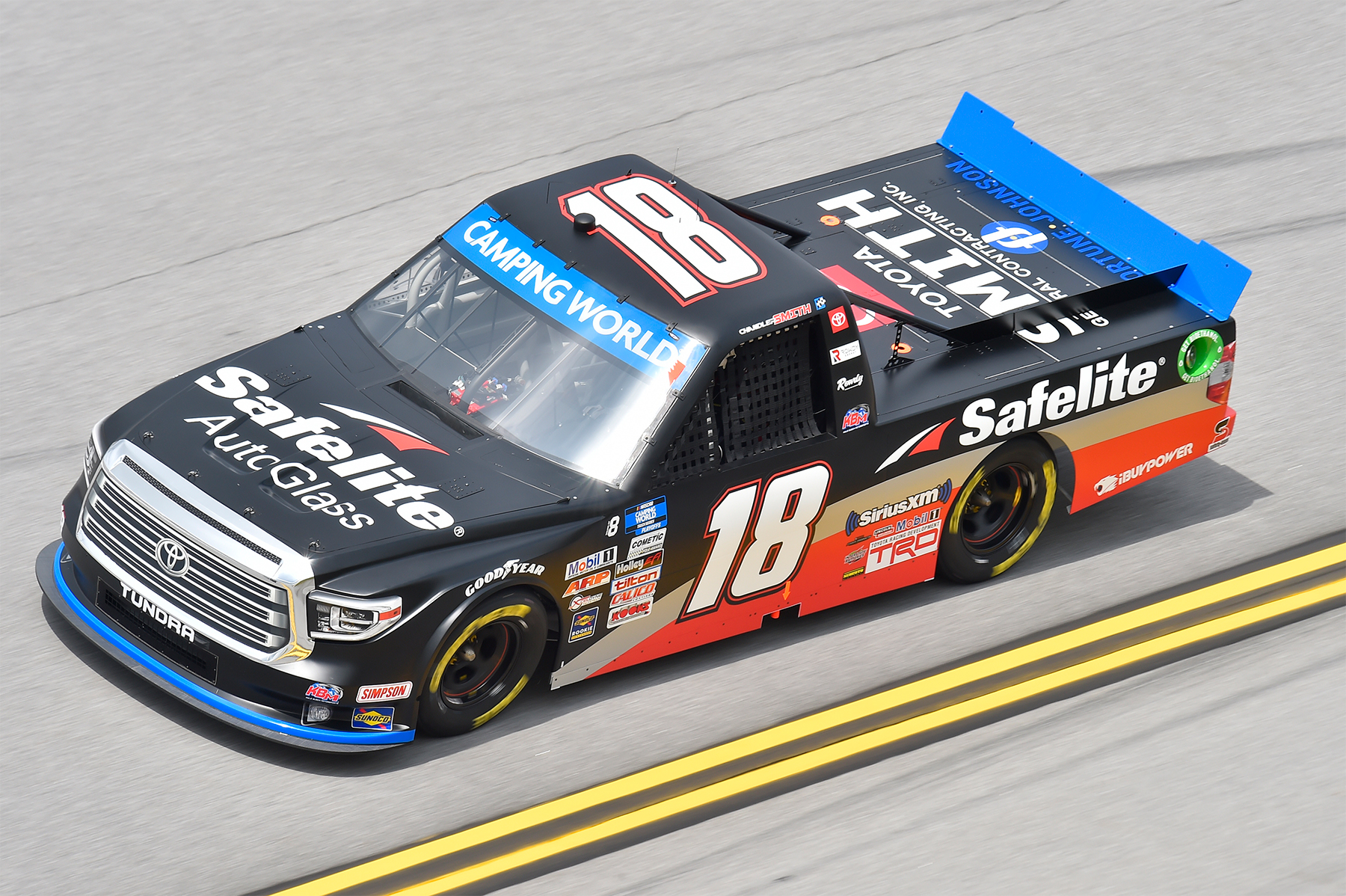 Chandler Smith ran inside the top 10 for the majority of the first half of Saturday’s NASCAR Camping World Truck Series race at Talladega Superspeedway, but early in the Final Stage got caught up in a 21-truck accident that caused significant damage to his Safelite Tundra.

The over-the-wall crew used multiple trips down pit road to make Smith’s Toyota drivable which allowed the No. 18 team to improve from 30th to 19th by the end of the race.

Smith heads to Martinsville (Va.) Speedway Oct. 30 for the final race of the Round of 8 sixth in the point standings, 34 points below the cutoff line for advancing to the Championship 4.

Chandler Smith, driver of the No. 18 Safelite AutoGlass Tundra for KBM:

“We had a good Safelite AutoGlass Toyota Tundra and we were setting up the strategy to have ourselves a strong finish. The big wreck happened in front of me and I thought I had it missed and the 22 just came from out of nowhere and got us. I have to give credit to all my guys for not giving up and getting the truck repaired enough to continue on in the race and gain a bunch of spots. There’s no quit in this team and we’re going to go to Martinsville in a few weeks and give it everything we have.”

After the second race in the Round of 8, Smith sits sixth on the playoff grid, 34 points below the cutoff line for advancing to the Championship 4 with one race remaining.

Smith will be back behind the wheel of the No. 18 Safelite AutoGlass Tundra when the NASCAR Camping World Truck Series resumes action Saturday, Oct. 30 at Martinsville (Va.) Speedway. Live coverage of the event will be on FS1, Motor Racing Network and SiriusXM at 1 p.m. ET.