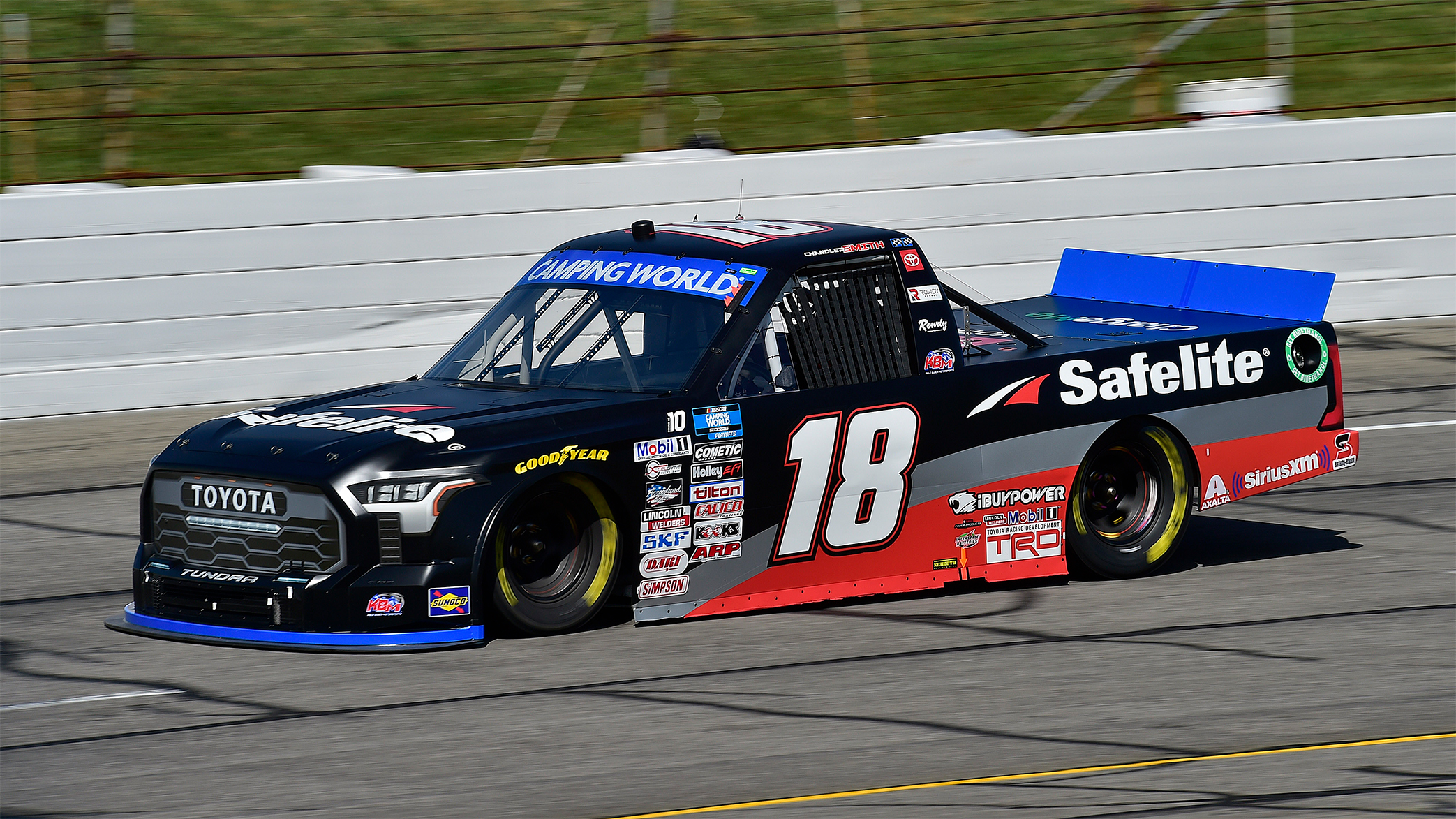 Chandler Smith ran inside the top five for the opening 115 laps of the NASCAR Camping World Truck Series playoff opener at Lucas Oil Indianapolis Raceway Park before Zane Smith got loose underneath him attempting to make a pass for third place with two laps remaining in Stage Two and slammed the Safelite Tundra TRD Pro into the outside wall.

The No. 18 team would make repairs to Smith’s Toyota, but he wouldn’t be a factor the rest of the event and limped home to an 18th-place finish. After the opening race of the three-race Round of 10, Smith sits tied for fifth place on the playoff grid 24 points above the cutoff line for advancing to the Round of 8.

Chandler Smith, driver on the No. 18 Safelite Tundra TRD Pro for KBM

“Stage One we were solid and finished second. Our truck was really good after 20 or 25 laps, and we were two tenths better than everybody. We didn’t have great fire-off speed, but when it got hot and slick and everybody didn’t have any drive, we had really good drive. Got behind on a pit call in Stage Two, but only gained one position and got swallowed up and got some damage. That put us behind for the rest of the race. Overall, we definitely had a top-five truck and honestly felt like we had a truck capable of winning the race. That makes it sting pretty good. On a positive note, it’s better than coming here and not having a good truck at all and leaving with the same result. Can’t be to upset with how our truck drove today. Everyone at KBM gave me the best Safelite Toyota Tundra TRD Pro they could and that is all I can ask for.”

Smith will be behind the wheel of the No. 18 Charge Me Tundra TRD Pro when the NASCAR Camping World Truck Series head to Richmond (Va.) Raceway Aug. 13 for the second race of the Round of 10. Live coverage of the Worldwide Express 250 will be on FS1, Motor Racing Network, and SiriusXM at 9 p.m. ET.