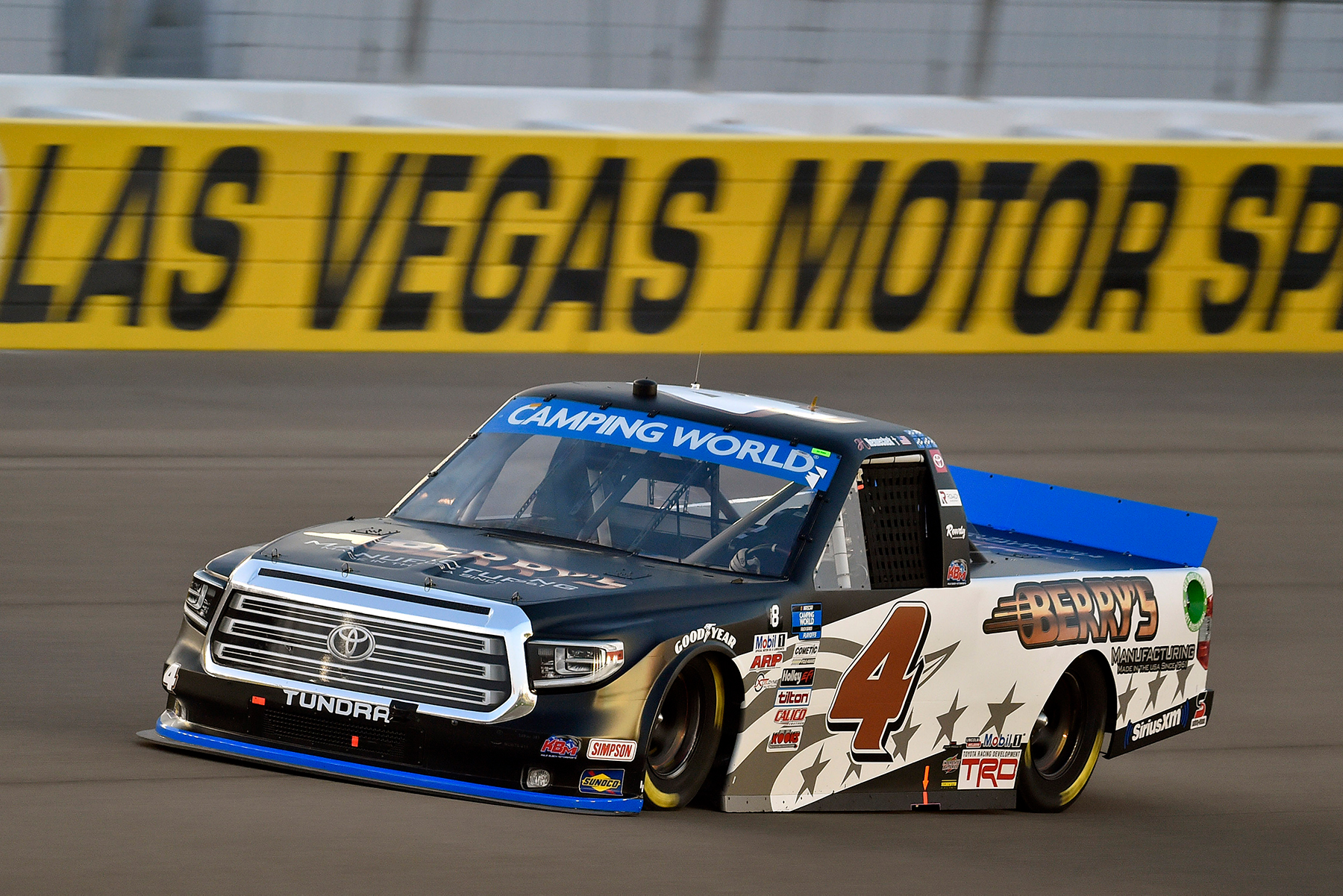 After starting the Victoria’s Voice Foundation 200 from the pole, John Hunter Nemechek lead all 30 laps in the opening stage to capture his 11th stage win of the year and an additional 10 points.

During the middle stanza, the Berry’s Manufacturing Tundra experienced a number of mechanical issues that would set back the No. 4 team for the remainder of the race. Nemechek would lose power twice throughout the final two stages and spend 44 laps behind the wall in the Final Stage before being relegated to a 33rd-place finish.

Depsite the 33rd-place finish, Nemechek is still 28-points above the cutoff line to advance to the Championship 4.

Despite a 33rd-place finish, John Hunter Nemechek currently sits in second place and 28-points above the cutline to advance to the Championship 4.

Nemechek and the No. 4 team will head to Talladega (Ala.) Superspeedway for the second race of the Round of 8 on Oct. 2. Live coverage will be on FS1, Motor Racing Network and SiriusXM at 1 p.m. ET.