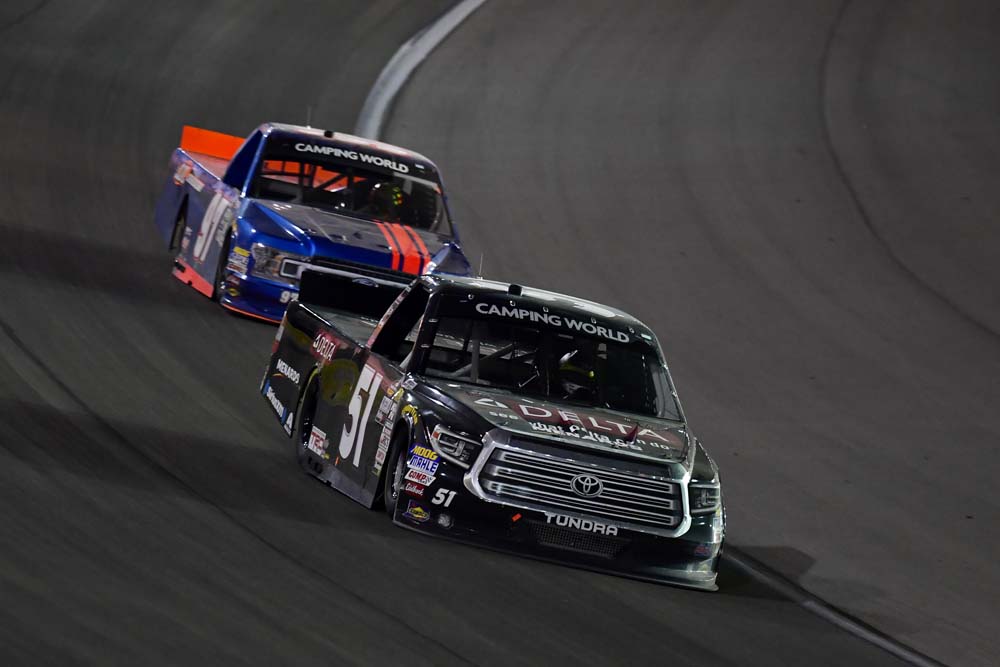 Brandon Jones made his fifth and final NASCAR Camping World Truck Series start of the season for KBM Friday night at Las Vegas Motor Speedway. He was hoping to end his night in Victory Lane with his No. 51 Delta® Faucet/Menards Tundra, but instead was parked in the garage before the race ended with a 26th-place finish. 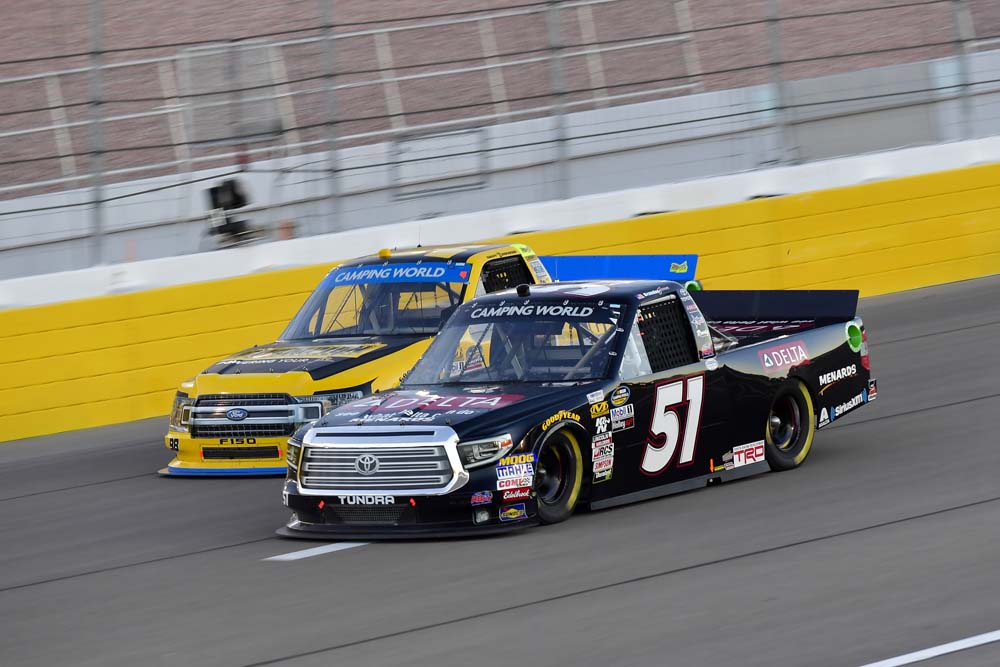 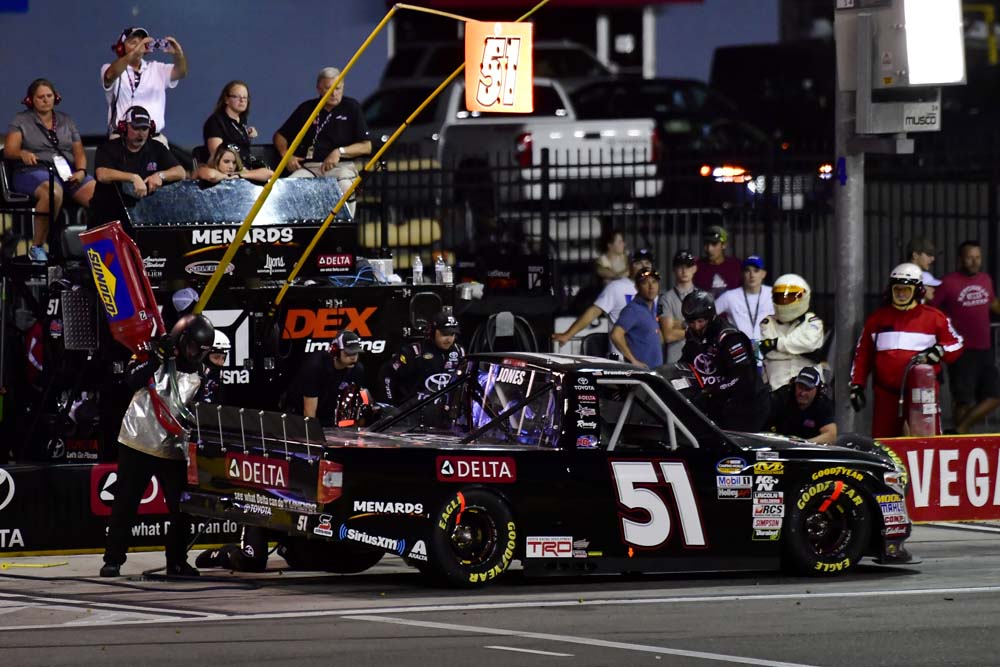 Brandon Jones, driver of the No. 51 Delta Faucets/Menards Tundra for Kyle Busch Motorsports:

What happened that ended your race tonight?

“Kind of got pretty far back there – in the second stage we started to lose some track position and some people were really side drafting hard and pulling us back so we got buried a little bit in traffic. (Mike) Hillman (crew chief) made the right calls and we pitted for two tires and I know sometimes two tires can lose some races, but that got us our track position where we needed to be and kind of got our nose back in clean air. Going down the backstretch I saw the fuel pressure off a little there and we decided to come down and make sure nothing was getting destroyed with the motor. Hate it, really wanted to run well with these guys and really enjoyed my five races with KBM that we had and hopefully look forward to more in the future with them.” 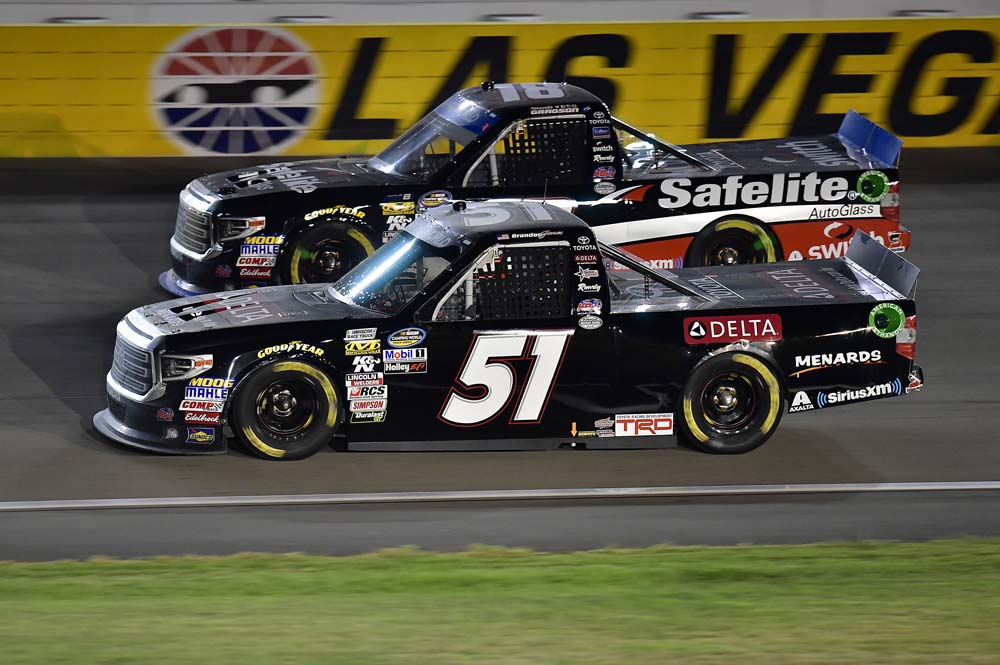 The No. 51 team is eighth in the Truck Series Owner’s Championship Standings, 64 points out of first.

David Gilliland will be behind the wheel of the No. 51 Tundra when racing action resumes in three weeks on Saturday, Oct. 13 at Talladega Superspeedway. Live coverage of the race begins at 1 p.m. ET on FS1.