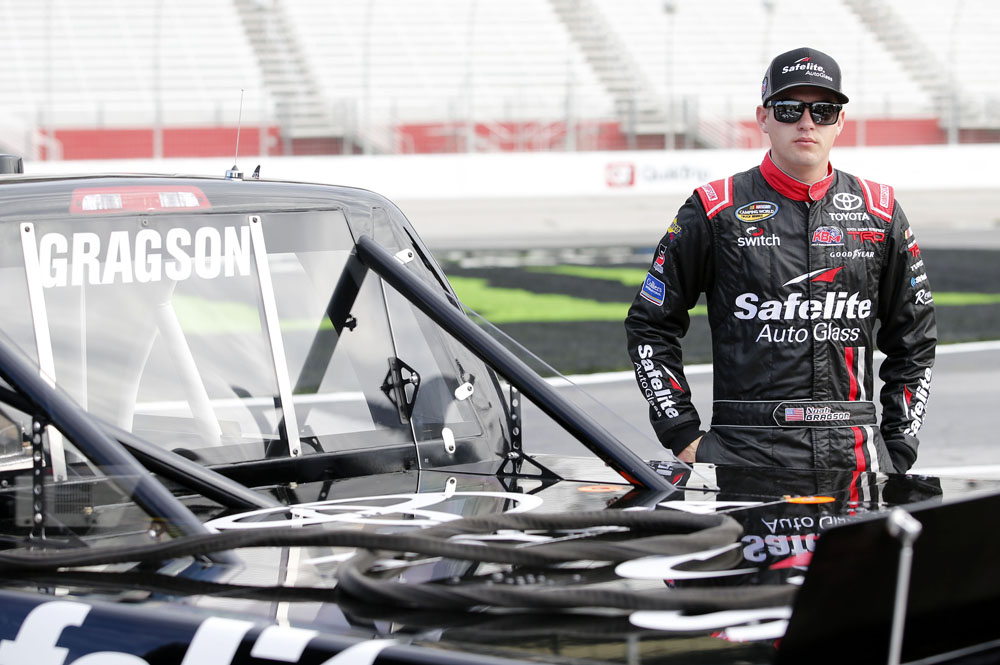 How is it going to feel going back to the track where you got your first Truck Series win?

“I’m really excited to be going back to Martinsville for the first time since I won at that track last year. I like that track a lot — it’s a lot of fun from a driver’s standpoint. I like to treat it like a road course because there are a lot of flat corners and a lot of hard braking. On the road course, you have a lot of hard braking. You’re constantly trying to get down on that curb as a driver and get your left sides on the curb and then focus on accelerating off the corner and keeping the drive in the race vehicle. To get back to Martinsville with my Safelite AutoGlass No. 18 Tundra and my team I’m extremely excited.”

Are you going to do anything different this week to prepare your stomach in case you win again?

“I’m not going to do anything different as far as preparing my stomach — people are always messing with me about that. The reason why I threw up last year after the race was because I got out and I was cheering, I was all pumped up, I climbed up the fence, I got down all excited, they are picking me up and swinging me around and I still have my helmet on. Then all of the adrenaline wore off and I felt like I had just run 10 miles, sprinting. Instantly I’m about to throw up, so I tried throwing the helmet off. Hopefully, we don’t go down that road again and I don’t have to throw up, but I gave it all I had and pumped up the crowd too. Looking forward to getting back to Martinsville and ready to have some fun.”

KBM-24: The No. 18 Safelite AutoGlass team will unload KBM-24 for Saturday’s Alpha Energy Solutions 250 at Martinsville (Va.) Speedway. The Tundra has three victories in 10 career starts, including a trip to the winner’s circle in its most recent outing last September with Christopher Bell at New Hampshire Motor Speedway in Loudon.