Looking to Make a Name for Himself in Nashville 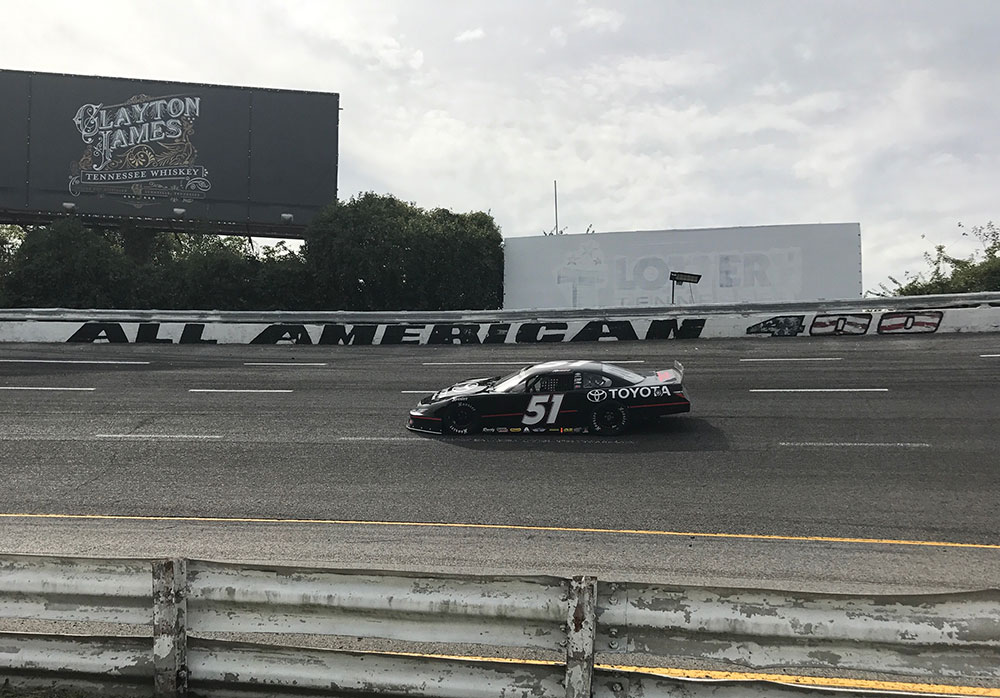 MOORESVILLE, N.C. (Oct. 1, 2017) – Cole Rouse’s first season driving the No. 51 Toyota Camry for Kyle Busch Motorsports’ (KBM) Super Late Model team has already been a successful one. Rouse has collected two victories on the CARS Super Late Model Tour and is one race away from collecting the championship in that series. With a trio of big races remaining on his 2017 schedule, the 20-year-old driver is looking to add a marquee win to his resume and his first chance to do that will come in Sunday’s All-American 400 at Fairgrounds Speedway in Nashville, Tenn.

Rouse, who will roll off 14th in Sunday’s 400-lap race, will be making his third start in the prestigious All-American 400. In the 2015 event, he led a race-high 145 laps on the high-banked oval before being relegated to a fifth-place finish after a shock broke late in the race. In last year’s event, he started 27th and finished 14th.

The Arkansas native will be making his second start for Kyle Busch Motorsports (KBM) at the 0.596-mile oval located in “The Music City” this season. Rouse qualified fourth for the North/South Super Late Model Challenge in April and was able to lead a majority of the 100-lap race. He maneuvered his way into the lead on lap 16 and kept his No. 51 Camry out front for all but one of the next 50 laps. A parts failure with just over 30 circuits remaining in the event relegated the talented youngster to a disappointing 19th-place finish.

KBM’s impressive resume of Super Late Model wins includes one in the All-American 400, but the team has never won the event under the 400-lap format. TJ Reaid brought home the coveted guitar trophy in 2010 when the 400-lap event was split into two 200-lap races, one for Super Late Models and one for Pro Late Models.

Rouse has been able to lead laps and contend for wins at Fairgrounds Speedway, but bad luck has kept him from victory lane. The 20-year-old is tuned up for Sunday’s All-American 400 and ready to join the ever-growing list of performers who have made a name for themselves in Nashville.

Cole Rouse, driver of the No. 51 Toyota Camry

How do you feel heading into Sunday’s All-American 400?

“I think we will have a good Toyota Camry for the race, especially on old tires. We’ve struggled a little bit on new tires all weekend, but I have confidence in my Kyle Busch Motorsports team. We have had a solid year, but a win in the All-American 400 would make the year that much more special. We had a good run going here earlier in the year in the North/South Super Late Model Challenge. We were able to lead the most laps, unfortunately a parts failure late in the race took us out of contention for the win. Hopefully we will have better luck Sunday — this is a race I really want to win.”