Lessard Rebounds from Late-Race Penalty to Finish 11th at Homestead 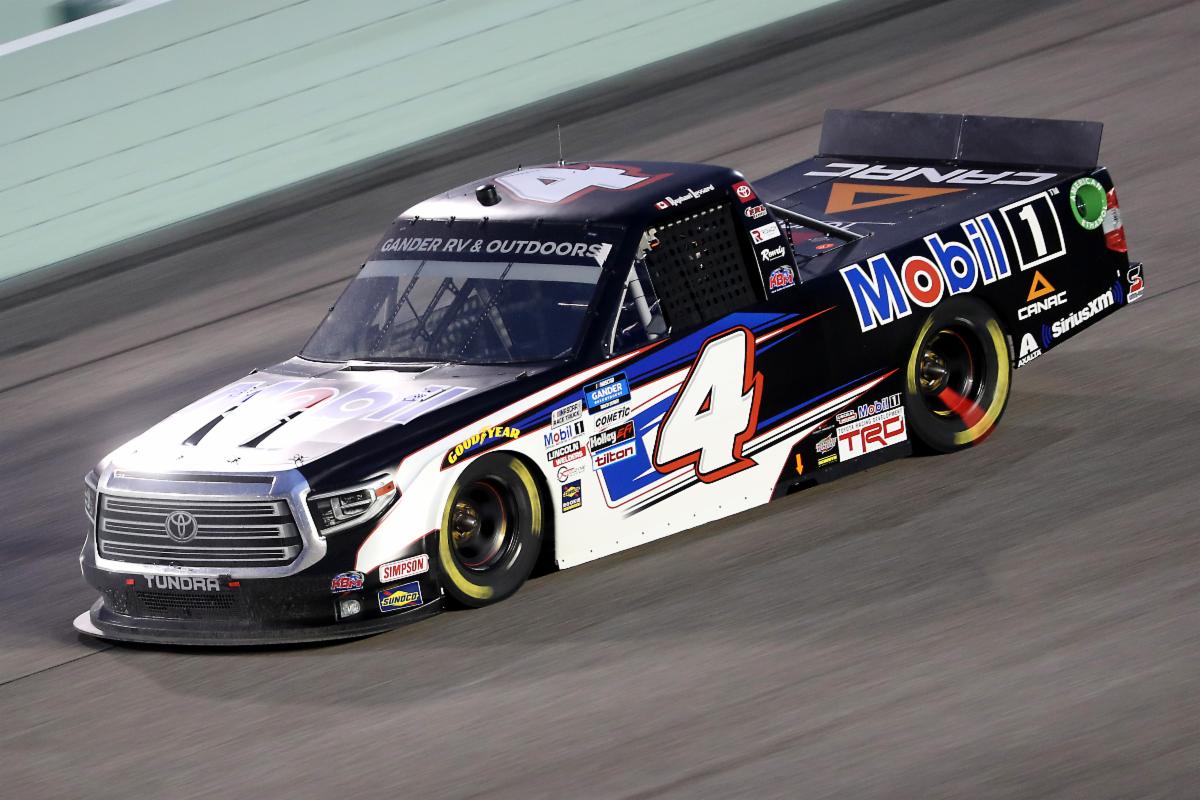 Raphael Lessard finished 11th in the Baptist Health 200 at Homestead-Miami (Fla.) Speedway in his first career start at the 1.5-mile oval. By finishing the first stage in the eighth position, Lessard garnered three stage points, and by finishing 10th in the second stage, he garnered an additional stage point. During green flag pit stops in the final stage, Lessard was caught speeding on pit road and had to serve a pass-through penalty.

Luckily, the caution flag flew seven laps later, and Lessard was able to secure the wave around. In the final caution of the night, Lessard brought his No. 4 Mobil 1 Tundra down pit road in the 21st position, and he would come off pit lane after getting four tires and fuel in the 11th position. On the last restart of the night, Lessard was shuffled back to the 14th position but was able to rebound to finish 11th.

Raphael Lessard, driver of the No. Mobil 1 Tundra for Kyle Busch Motorsports:

“Well, what a night. I learned a new racetrack. I felt like it was very tough in the first few laps, but then I got used to it. I got comfortable on the racetrack. I felt like we had a really good truck. I’m sorry to all my guys at Kyle Busch Motorsports because I made a mistake. It is my mistake. I went too fast on pit road. It was my first speeding penalty. That put us one lap down, and it was very hard to come back from 22nd at the end. We still finished 11th, but it is not what we wanted. They knew we were there. We keep getting better. I keep getting more experience, and I’m loving it more and more. Thanks to everyone at Mobil 1, CANAC, Toyota, TRD, and we will go get it next time.”

Next Race:  Lessard will be back behind the wheel of the No. 4 SiriusXM Tundra when the NASCAR Gander RV & Outdoors Truck Series resumes action June 27 at Pocono (P.A.) Raceway for the Pocono Organics 150 at 12:30 p.m. ET.